Girl, 10, is forced to sign a good behaviour contract with her parents for a new iPhone after agreeing that she will never skip classes or use the device at the dinner table

A 10-year-old girl has signed a contract with her parents for a new iPhone with 12 conditions that include ‘never use it at the dining table’ and ‘perform morning prayers’.

Farha said that the ‘One Year Renewable Phone Loan’ contract ‘was drafted twice’. 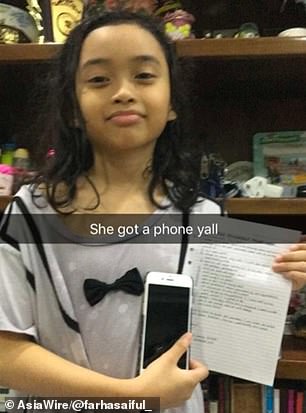 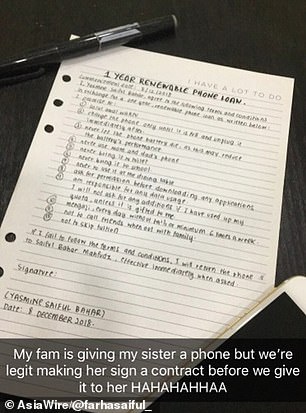 She also praised her younger sister for being responsible and hard-working, saying that she once ‘saved up for two years’ to buy a Nintendo Switch game console by ‘mopping, vacuuming and helping with the laundry’.

The 12 conditions Yasmine agreed to were to; perform morning prayers, charge the phone until it is full and unplug it immediately afterwards.

She also agreed to never let the phone battery die as it may reduce the battery’s performance, never use her parents’ phones, never take the phone to the toilet, and never bring it to school.

On top of those harsh sanctions, Yasmine will never be allowed to use it at the dining table, and will have to ask permission before downloading any apps. 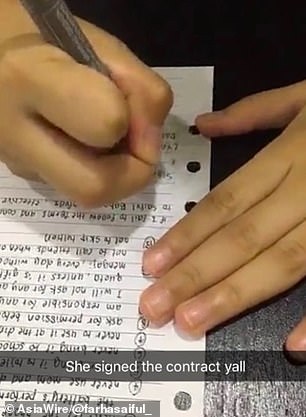 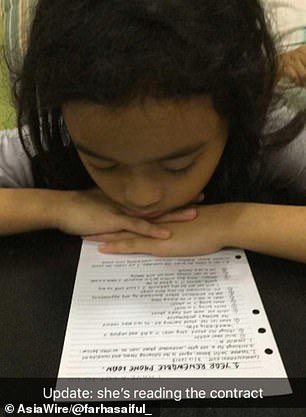 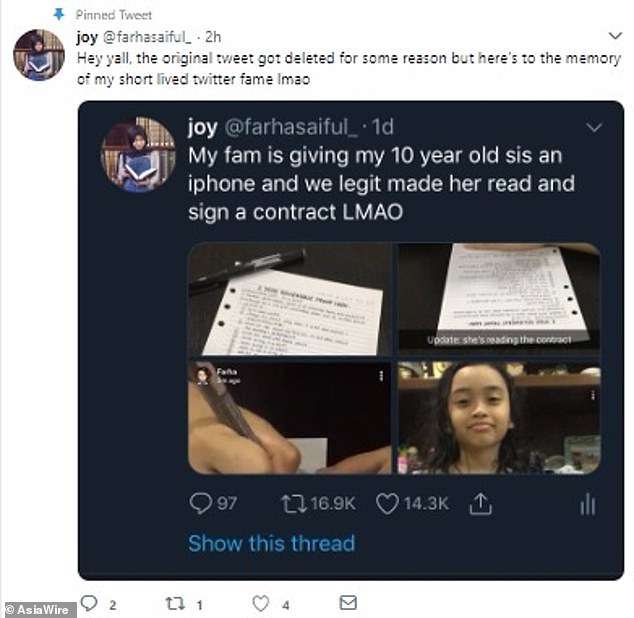 If Yasmine breaks any of the 12 rules, her iPhone will be handed over to her dad, according to the deal

Finally, her parents will also make her read the Quran every day or minimum six times a week, never call friends when out with the family, and never allow her to skip tuition.

If Yasmine breaks any of the 12 rules, her iPhone will be handed over to her dad, according to the deal.

According to Farha, the parents are strict about enforcing the deal and did not hesitate in taking away her laptop for several months when she broke ‘some rules as a teenager’.

Hilarious photos posted on Snapchat showed Yasmine in the process of signing the contract and receiving her new phone.