A German businessman who ran one of Cologne’s oldest carnival societies has been named as the pilot of the ‘ghost plane’ which crashed into the Baltic Sea yesterday.

Karl-Peter Griesemann, 72, the head of private air ambulance company Quick Air, was flying from Jerez in Spain to Cologne when he diverted in to the Baltic Sea and spiralled into the water near Latvia, according to Bild.

His wife, Juliane, daughter Lisa, 26, who is a trained pilot, and her boyfriend Paul were also on board the Austria-registered Cessna 551.

Aviation experts said the drop in pressure could have caused the pilot and passengers to all pass out.

NATO jets scrambled to intercept the plane which stopped responding to controllers’ calls after problems were reported in the cabin. 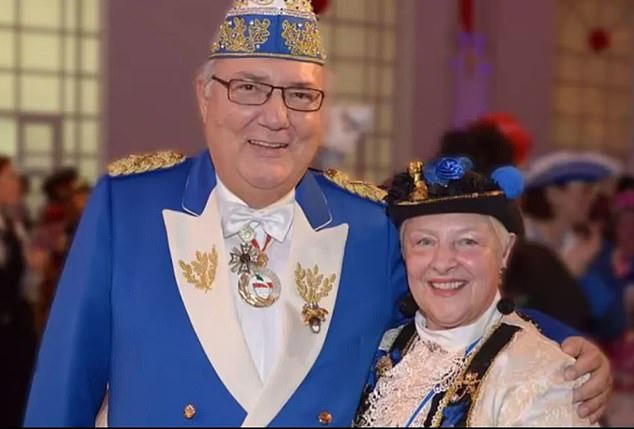 Karl-Peter Griesemann, 72, pictured with his wife Juliane, has been named as the pilot of the plane which crashed near Latvia yesterday 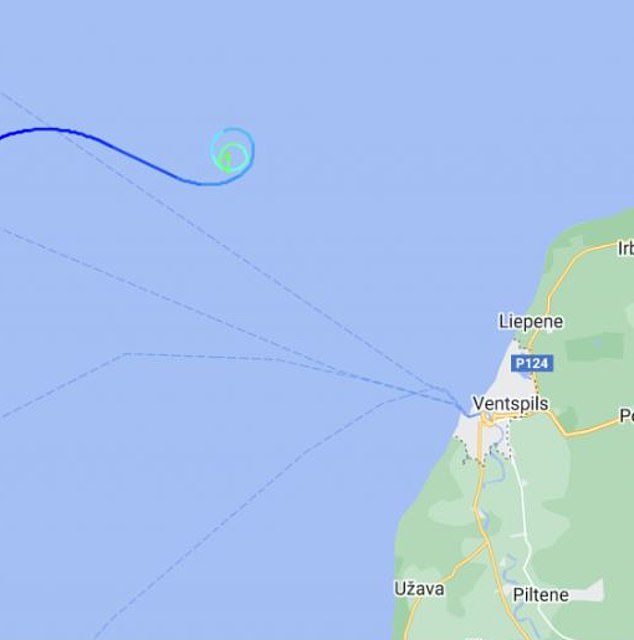 The plane turned twice, at Paris and Cologne, before heading straight out over the Baltic, passing near the Swedish island of Gotland 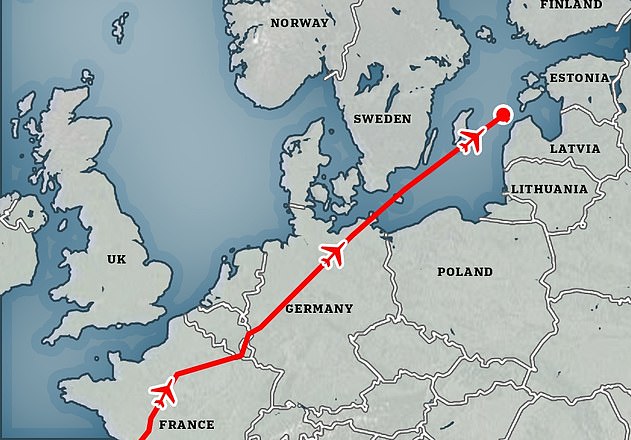 The Swedish rescue service said they had reported that no one was visible in the Cessna’s cockpit. Pictured, the plane’s flight path before crashing in the Baltic Sea

German and Danish warplanes were sent up to observe the aircraft as it flew blind over northern Europe on Sunday afternoon but were unable to spot anybody on board, possibly because they had passed out.

The family was in southern Spain where they own a lavish holiday home and they were returning to their main house in Cologne.

Mr Griesmann was also head of the Griesmann Group, based in Cologne and specialising in construction projects and large industrial plants, and was president of the annual Cologne carnival, one of the largest in Germany.

‘I can confirm that it was the private jet of our owner, Karl-Peter Griesemann,’ said a spokesperson for Quick Air. 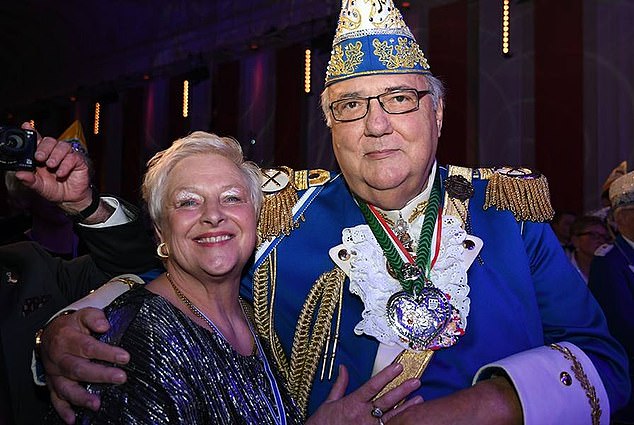 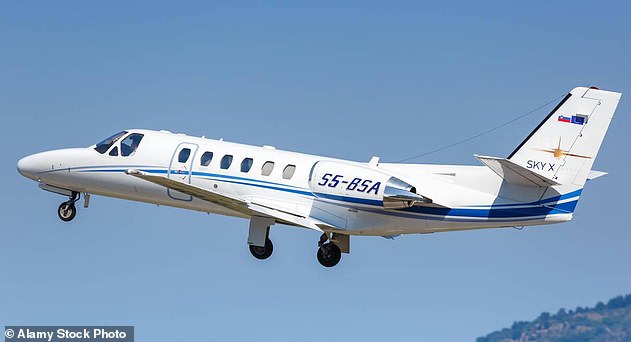 The Austrian-registered Cessna 551 aircraft was flying from Jerez in southern Spain. File image

Aircraft from several countries and a passenger ferry headed to the crash site on Sunday evening to aid in the rescue operation.

A wreck, a concentrated waste patch and an oil-like slick had been spotted near the crash site, Latvian search and rescue head Peteris Subbota told Latvian television, adding that no passengers had been found.

The jet ‘was flying between Spain and Cologne but when it changed course, air traffic controllers were not able to make contact’, the Latvian civil aviation agency said in a statement.

After taking off from Jerez in southern Spain just before 3pm, the aircraft turned twice, at Paris and Cologne, before heading straight out over the Baltic, passing near the Swedish island of Gotland. 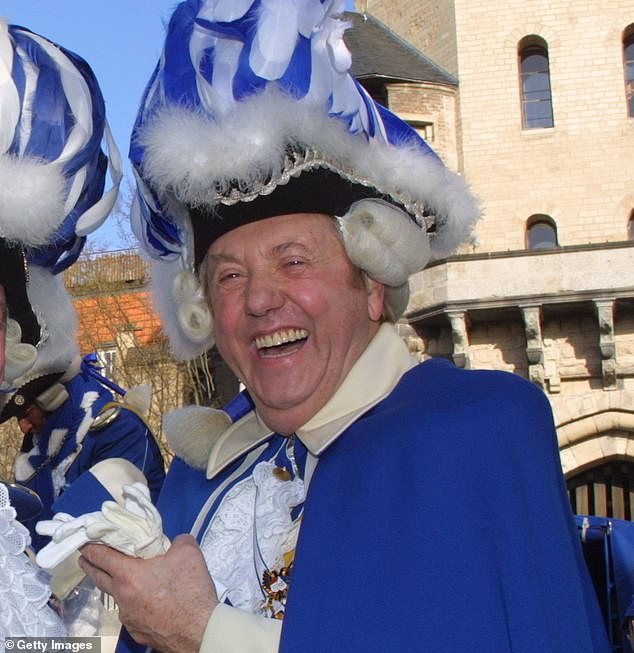 Mr Griesmann was president of the annual Cologne carnival, one of the largest in Germany

Just after 7.30pm, it was listed on the flight tracker as rapidly losing speed and altitude.

‘We’ve learned that the plane has crashed (in the ocean) north-west of the town of Ventspils in Latvia,’ a spokesperson for Sweden’s rescue service said.

‘It has disappeared from the radar.’

Authorities said that the plane ‘ran out of fuel’, resulting in it crashing into the Baltic Sea.

The Swedish Maritime Administration sent rescue boats, planes and a helicopter to the crash site, with the country’s coast guards confirming that the wreckage has been found. 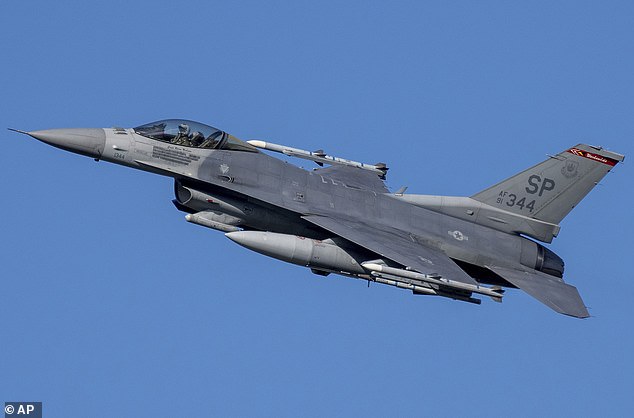 NATO fighter aircraft took off from Estonia to follow the plane, a Lithuanian airforce spokesperson said. File image of a US fighter jet

Mr Antonsson said that he chance of finding survivors from the crash is ‘minimal’.

Latvian and Swedish rescue and coast guard vessels were patrolling the crash site and a nearby passenger ferry was alerted to help in the efforts.

They added that the fighter aircraft were from the NATO Baltic Air Police mission in Amari airfield in Estonia.

The mission in the airbase currently consists of four Eurofighter jets of the German Air Force, according to NATO. The spokesperson did not say how many jets there were or comment further.