A RESERVOIR dam in western Germany is at risk of collapse as Chancellor Angela Merkel prepares to visit flood-hit areas today.

The death toll in Germany has risen to at least 180 overnight during the country’s worst natural disaster in decades. 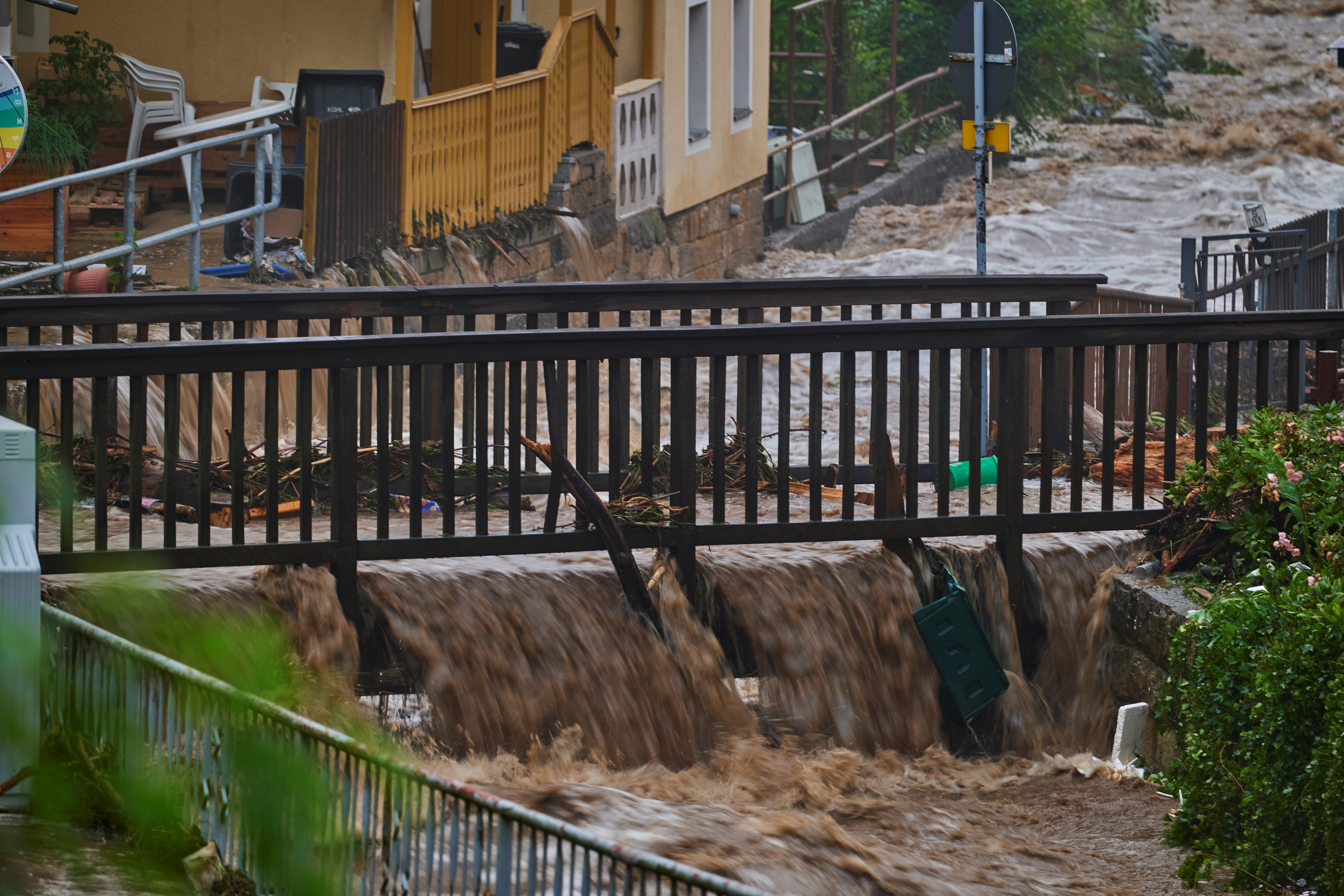 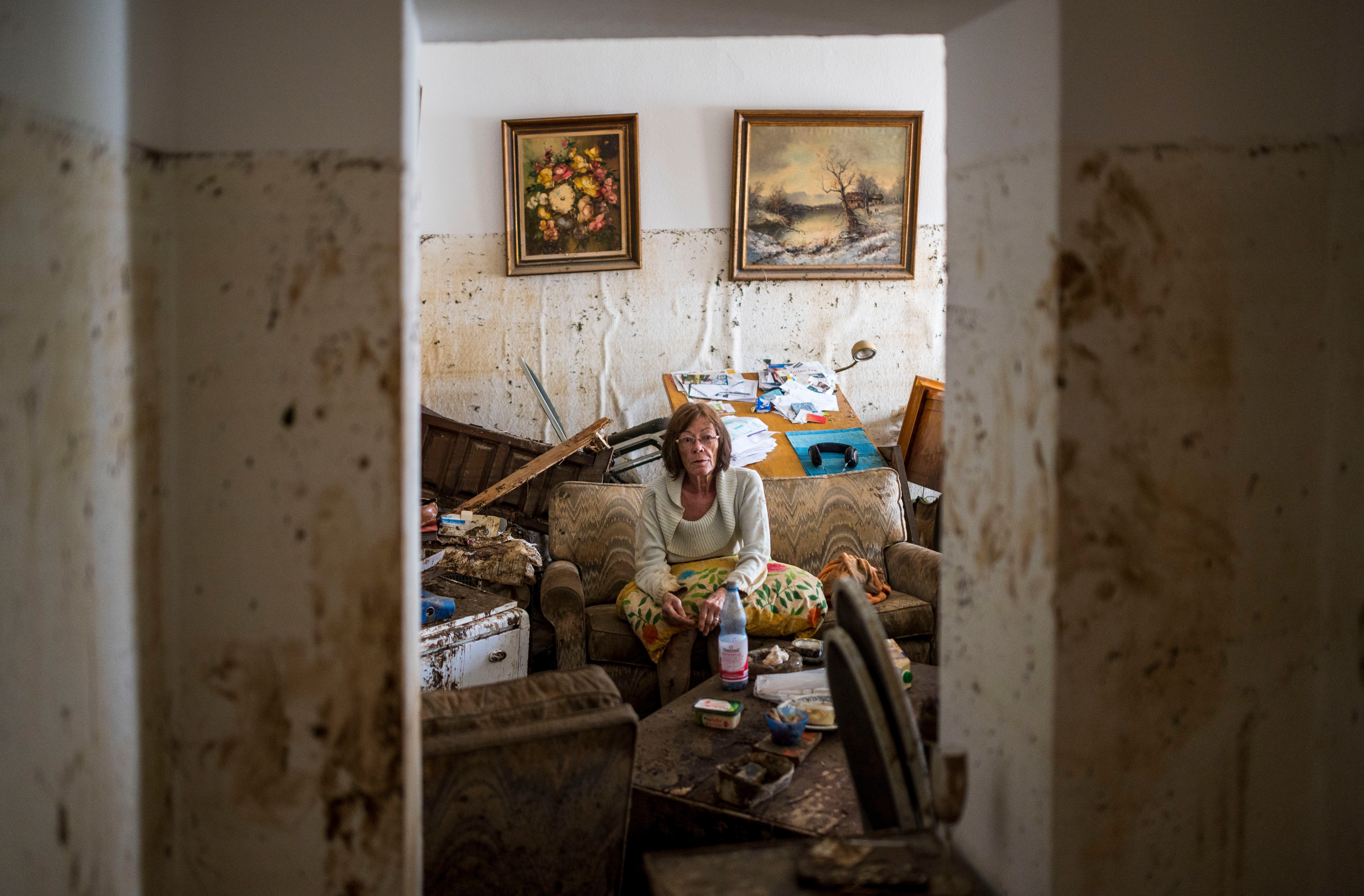 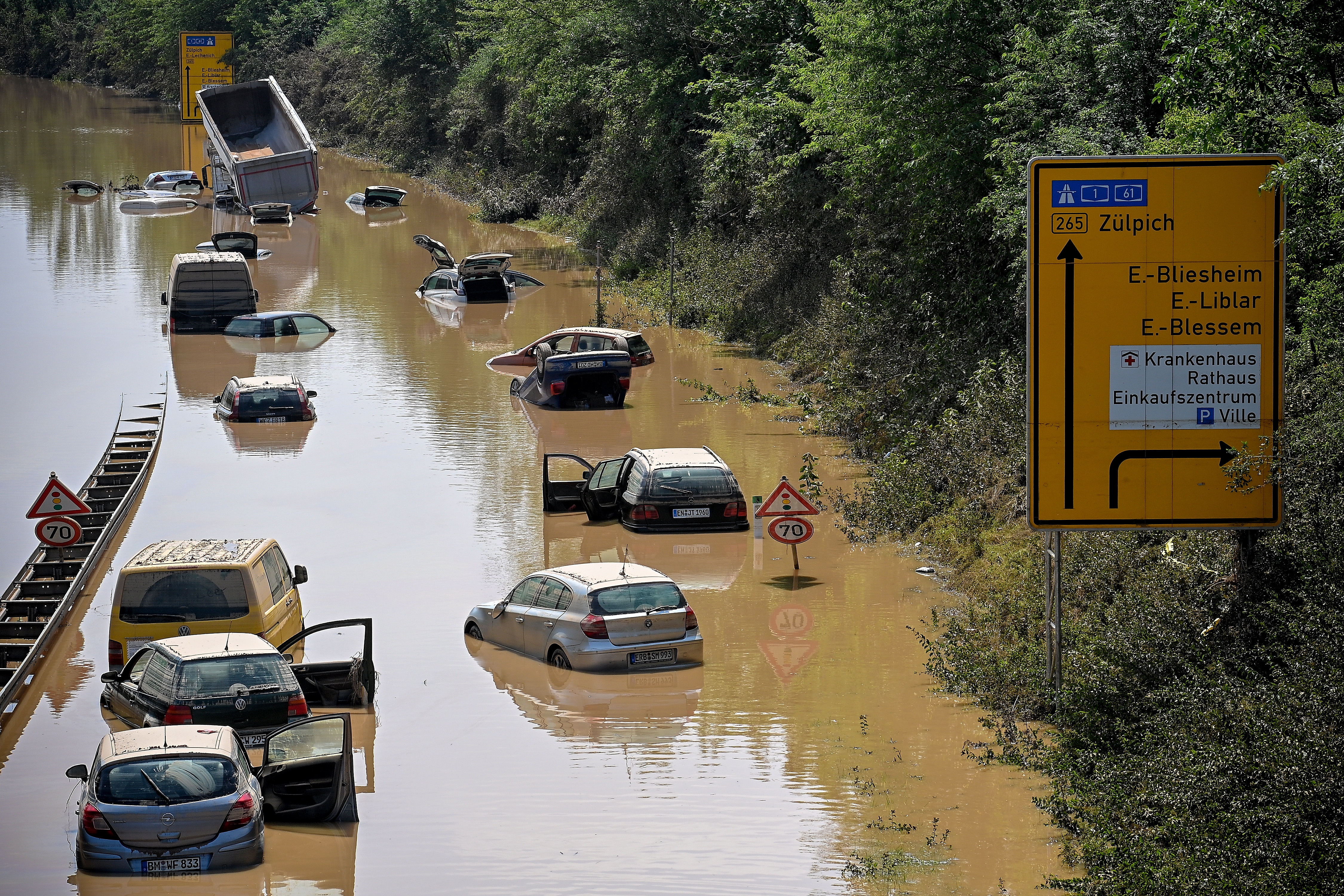 Around 4,500 residents in villages near the Steinbach reservoir in North Rhine-Westphalia, Germany, were told to evacuate their homes amid fears that the 57ft dam could collapse.

Local authorities said the situation was “stable but not uncritical” after cracks were spotted in the dam yesterday. The area has seen three months of rainfall in a week.

Elsewhere, some 110 people were killed in the worst-hit Ahrweiler district south of Cologne, with police expecting to find more bodies as the flood waters recede.

Ms Merkel is expected to travel to Rhineland Palatinate, which is home to the flood-ravaged village of Schuld, later today.

Speaking alongside US President Joe Biden at the White House on Thursday, Merkel said her “heart goes out to all of those who in this catastrophe lost their loved ones”.

Her visit comes after Germany's president Frank-Walter Steinmeier went to the area yesterday and made clear that it will need long-term support.

Although rain has stopped in the worst-affected areas of Germany, Belgium and the Netherlands, storms and downpours have persisted in other parts of western and central Europe.

Last night saw flooding in the German-Czech border area and in Germany's southeastern corner and over the border in Austria.

Some 65 people were evacuated in Germany's Berchtesgaden area after the Ache River swelled – with at least one person killed.

In Austria, a flash flood swept through the town of Hallein late last night, but there were no reports of casualties.

Chancellor Sebastian Kurz said on Twitter that heavy rain and storms were continuing to cause serious damage in several parts of Austria. 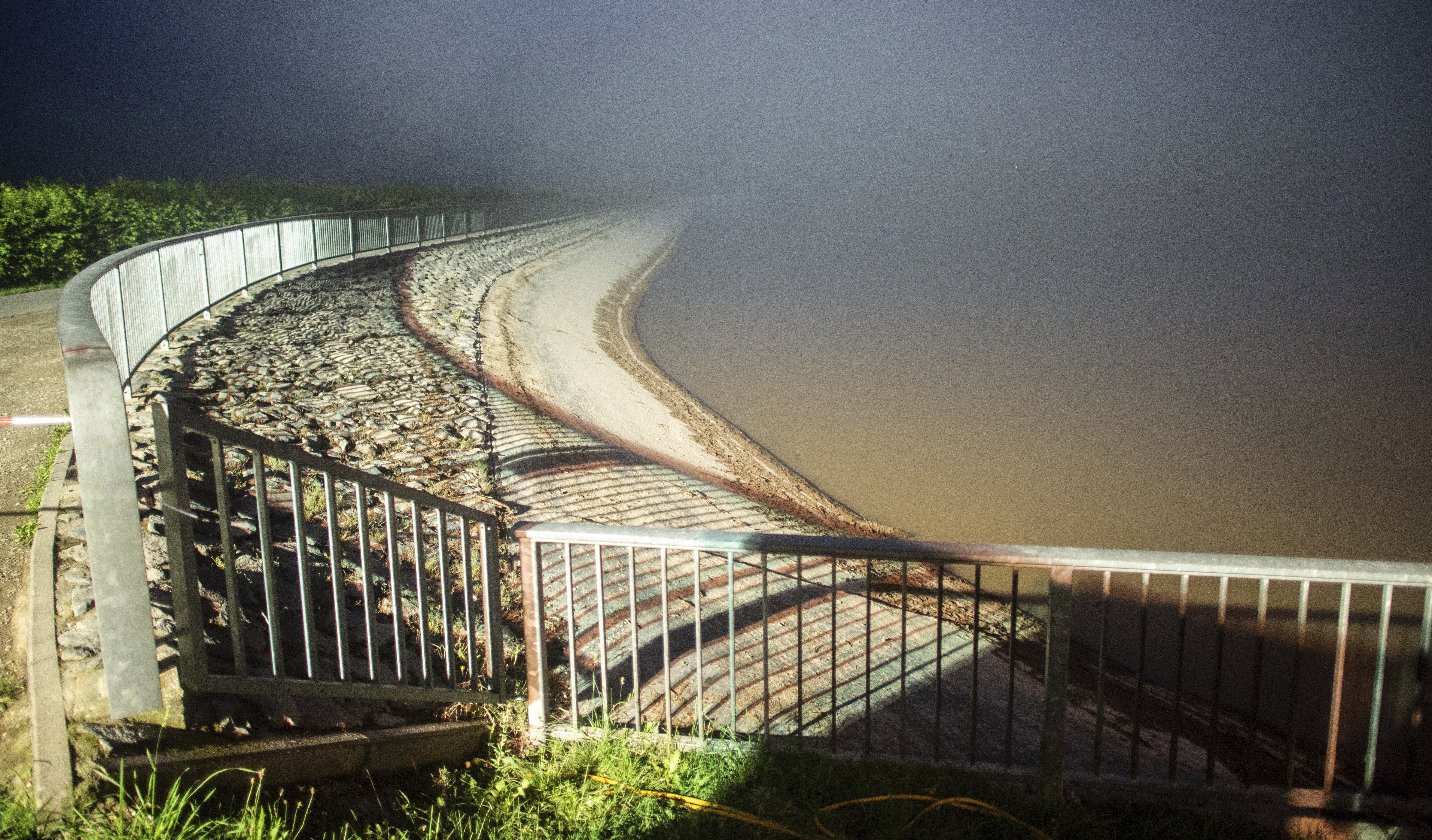 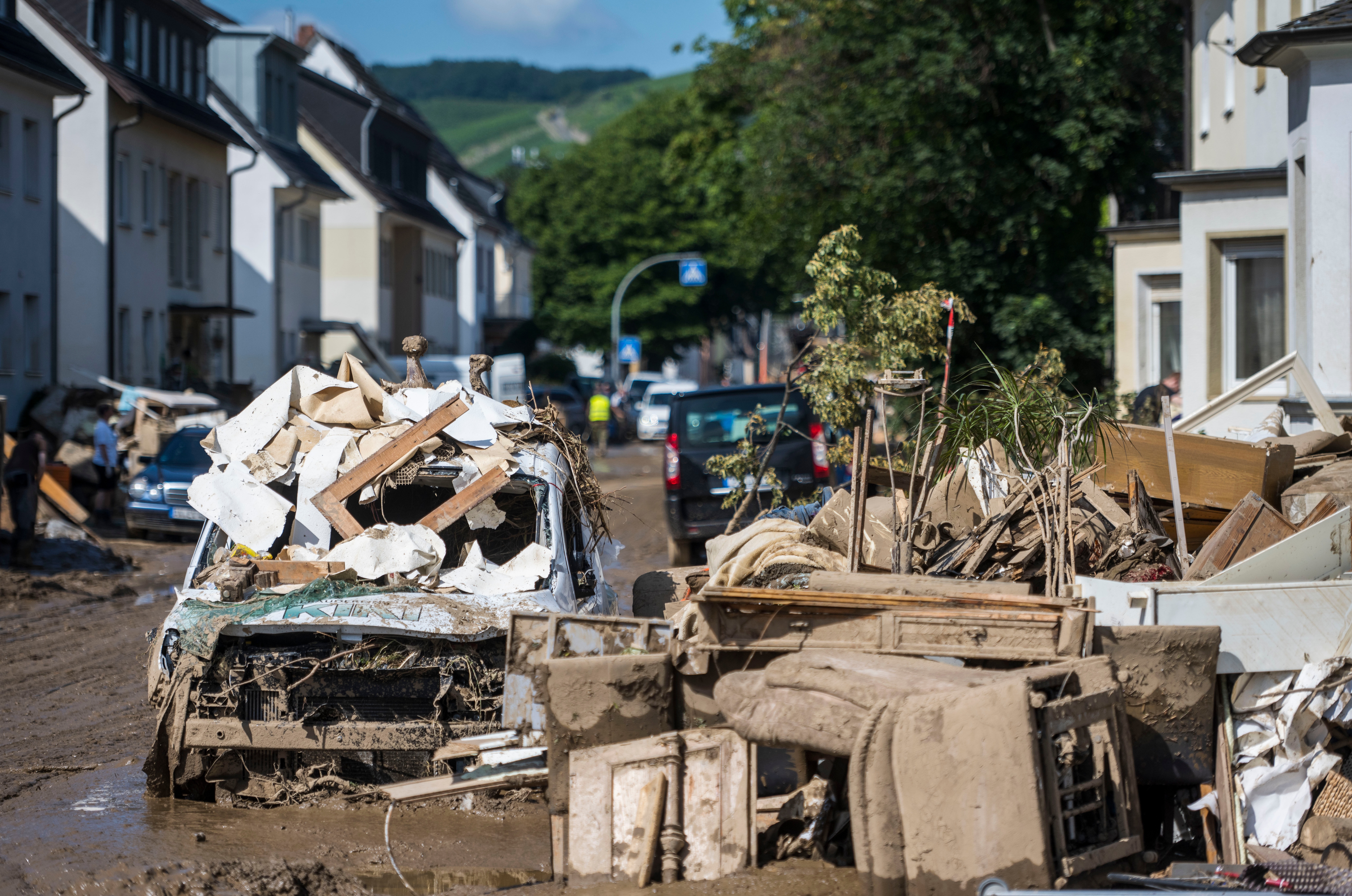