Army troops are helping cops hunt the rogue drone pilot who has spent the last 20 hours playing an elaborate game of cat-and-mouse with police causing more than 760 flights to be cancelled today. 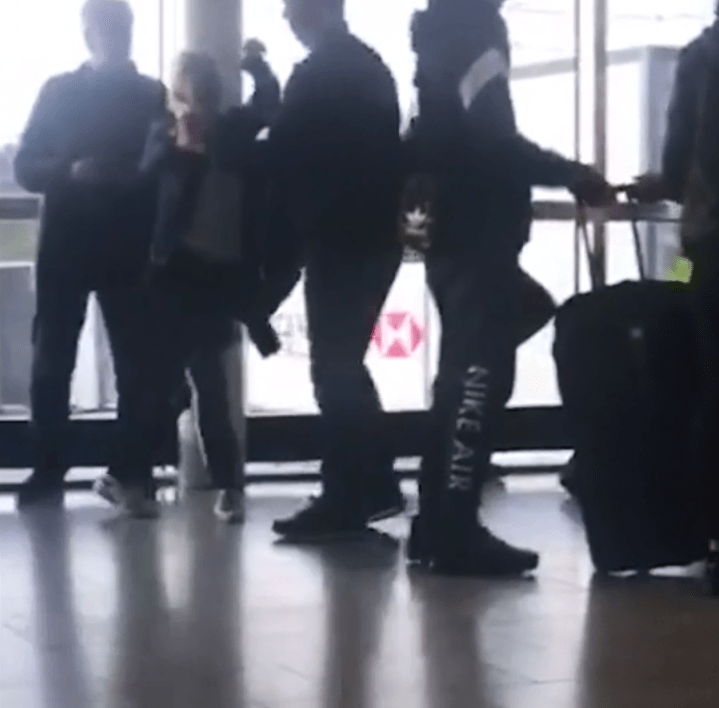 Around 250, 000 passengers have been held hostage in the UK’s second busiest airport as the brainless idiot continues to fly his remote-controlled aircrafts near the runway.

And tensions are understandably frayed at Gatwick as footage has emerged of a lady lunging at a male passenger while shouting at him.

The small blonde-haired woman can be heard saying: “Come on then. How dare you. Go on – speak to me like that again.”

She is then forced back by the man as he holds both her arms in a bid to subdue her. 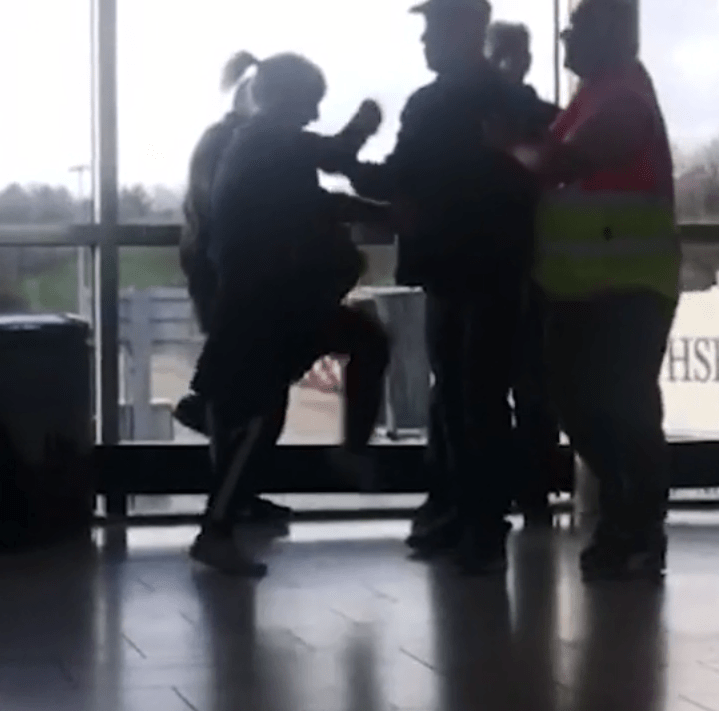 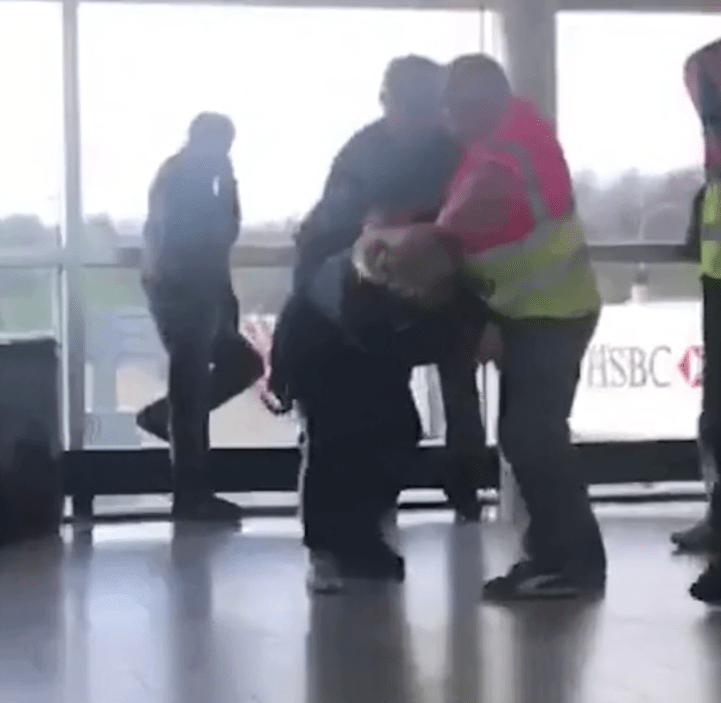 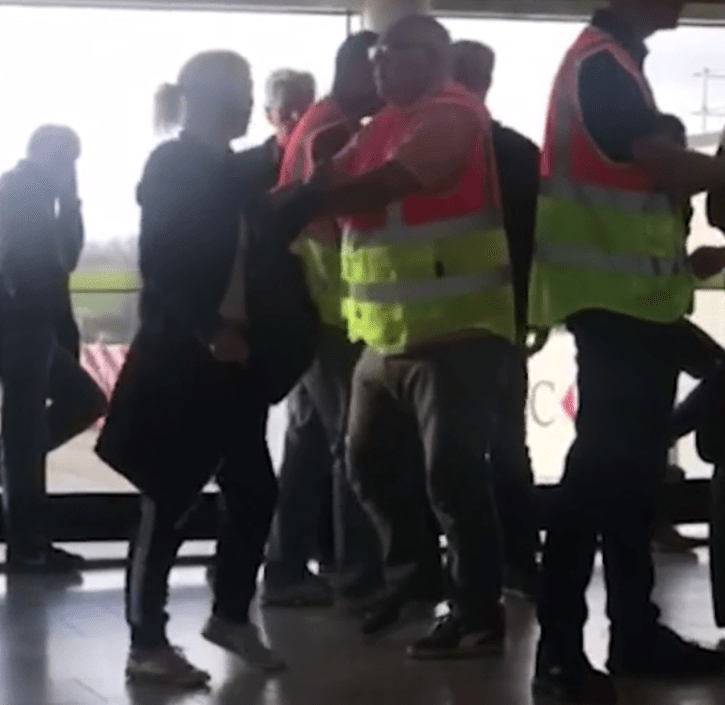 The frustrated woman appears to kick a leg in the man’s direction before an airport worker intervenes.

She says “get off of me” as the worker attempts to break up the brief scuffle while the male passenger says “you hit me”.

The woman shouts “you fool” as the pair are pulled apart.

It is not clear what caused the argument.

Meanwhile, police will not be able to reopen the runway until they have detained the culprit or can be certain the drones are gone – amid fears the devices could bring down packed passenger jets.

The runway remains shut tonight – with passengers told to stay at home – as squaddies and cops carrying Heckler & Koch sniper rifles try to locate the idiot who has so far managed to remain undetected. 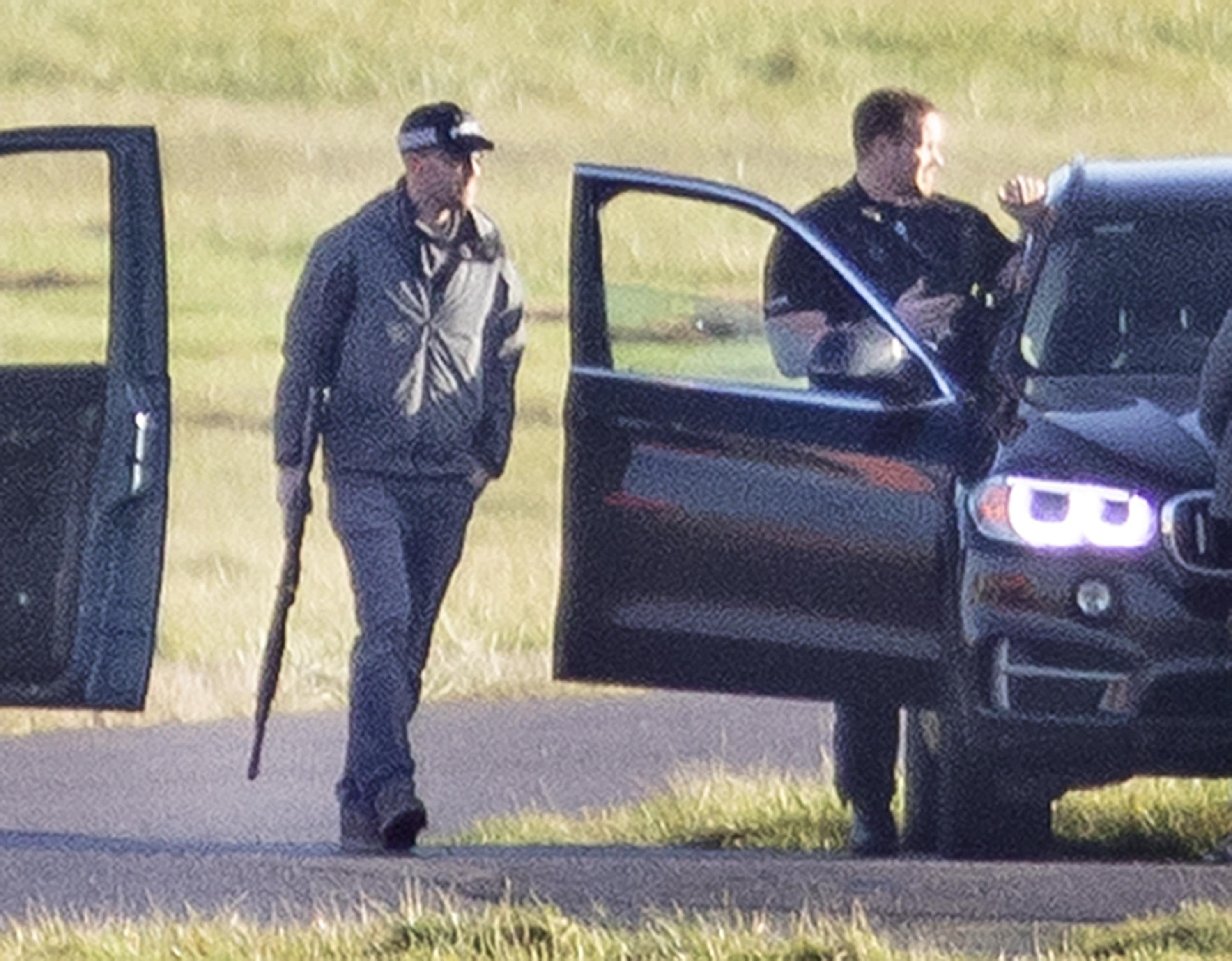 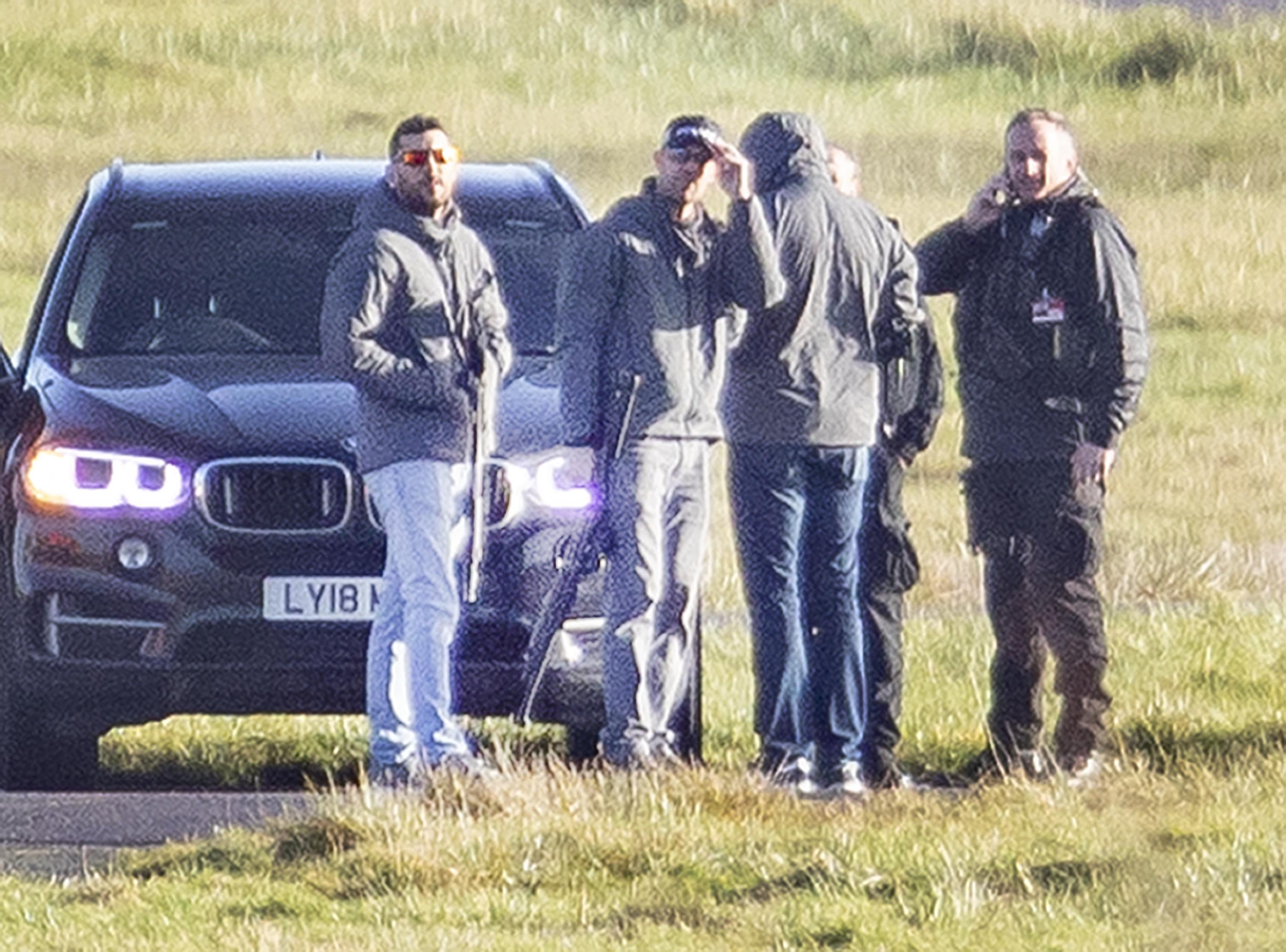 Airport bosses had been hoping to reopen the runway and clear the backlog at 4pm – after the last sighting of the drone was recorded at midday.

But in a dramatic twist, footage emerged of a drone speeding above the runway at 3pm – forcing cops to scrap the reopening at the last minute.

Superintendent Justin Burtenshaw, Gatwick Airport policing commander, said: “Each time we believe we get close to the operator, the drone disappears; when we look to reopen the airfield, the drone reappears.

He said: "[They] have been designed to close the airport and bring maximum disruption in the run up to Christmas." 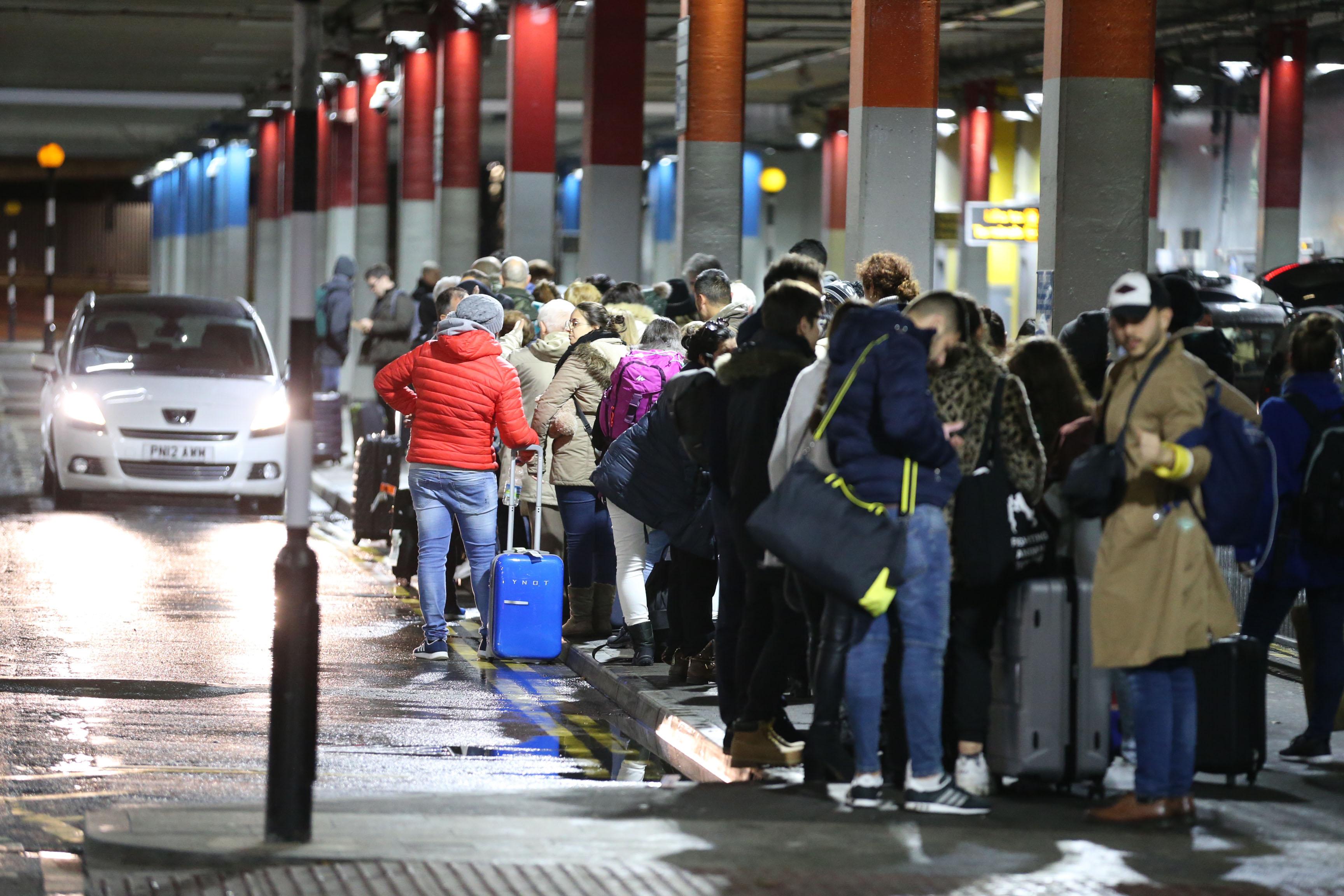 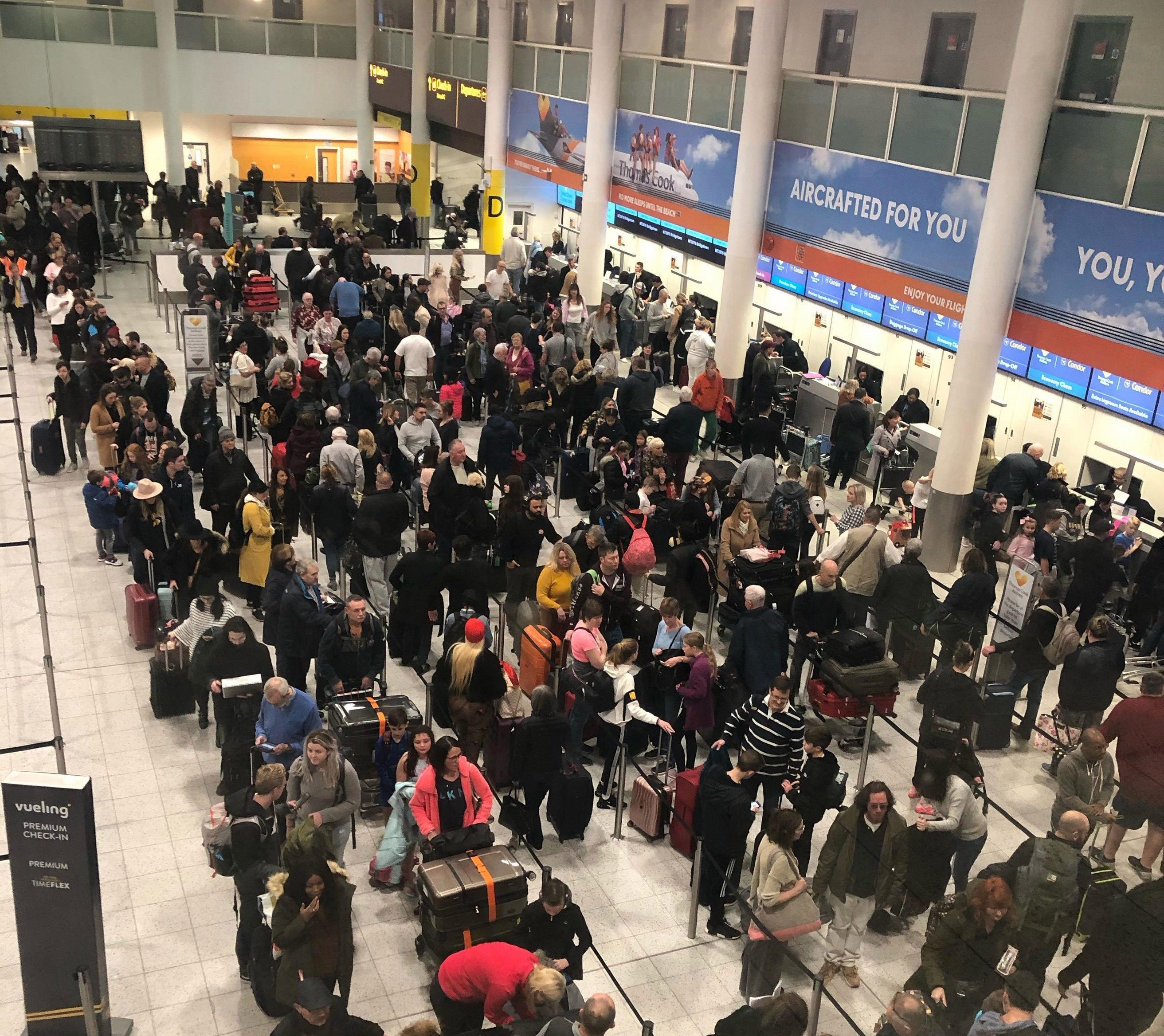 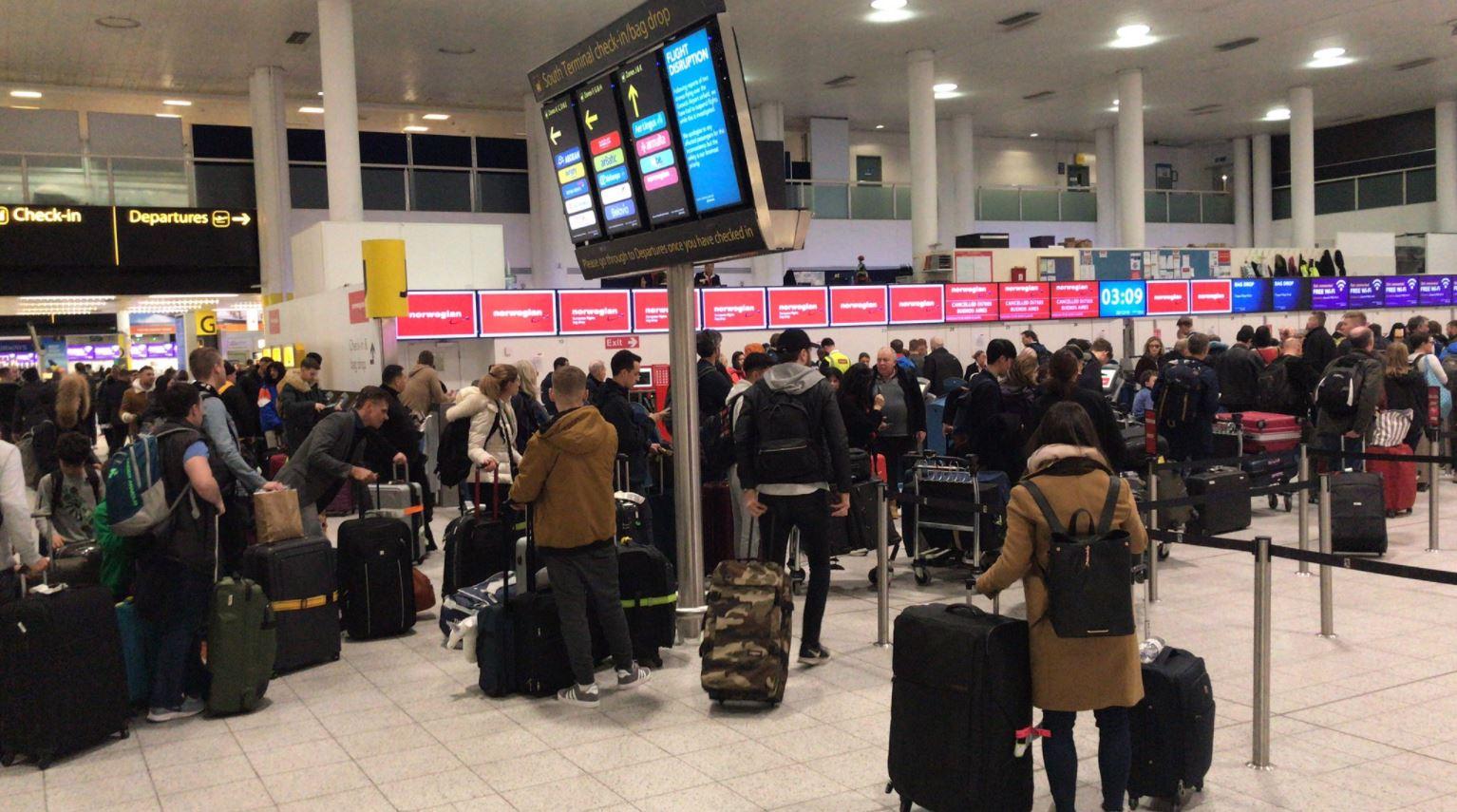 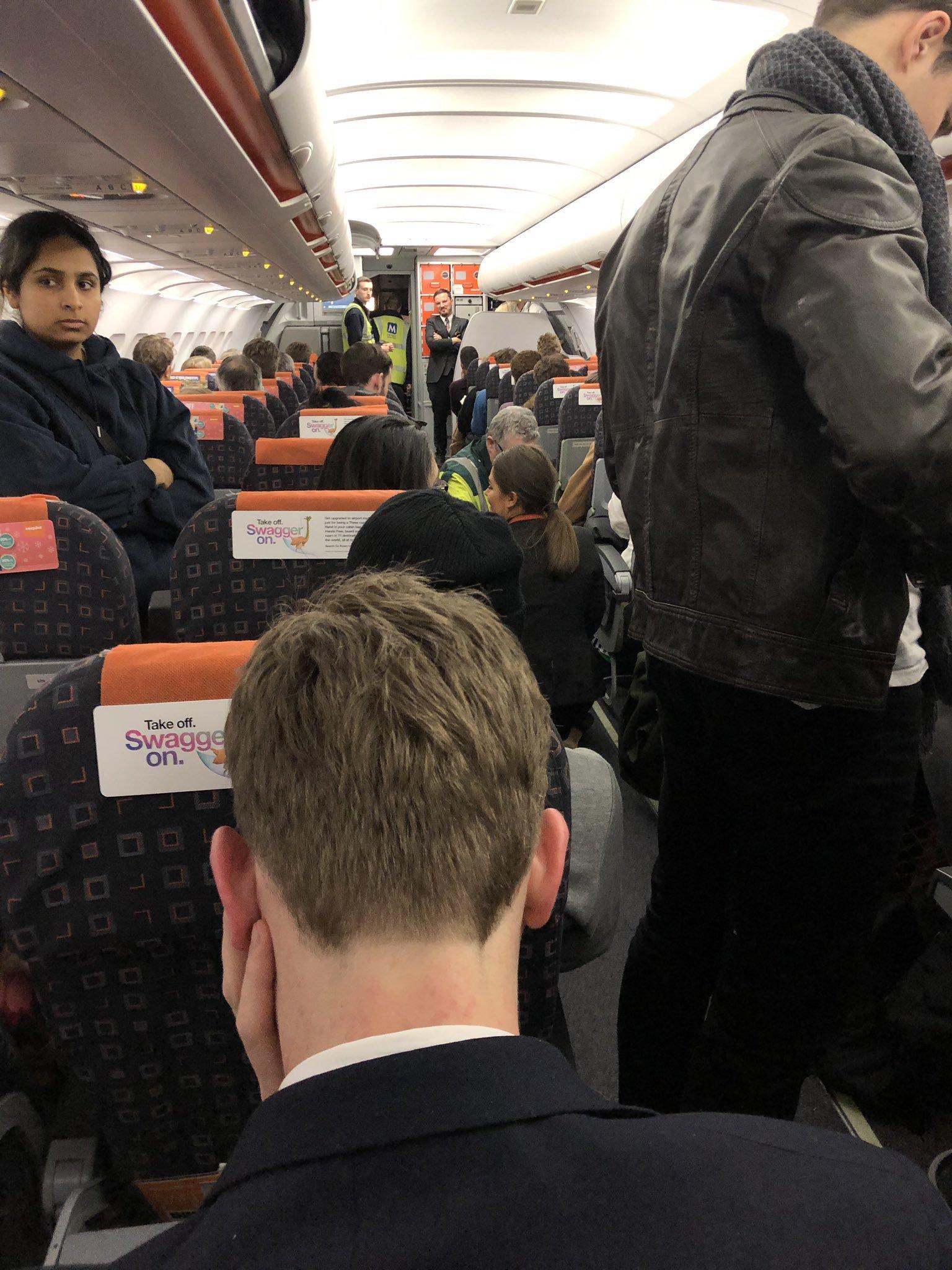 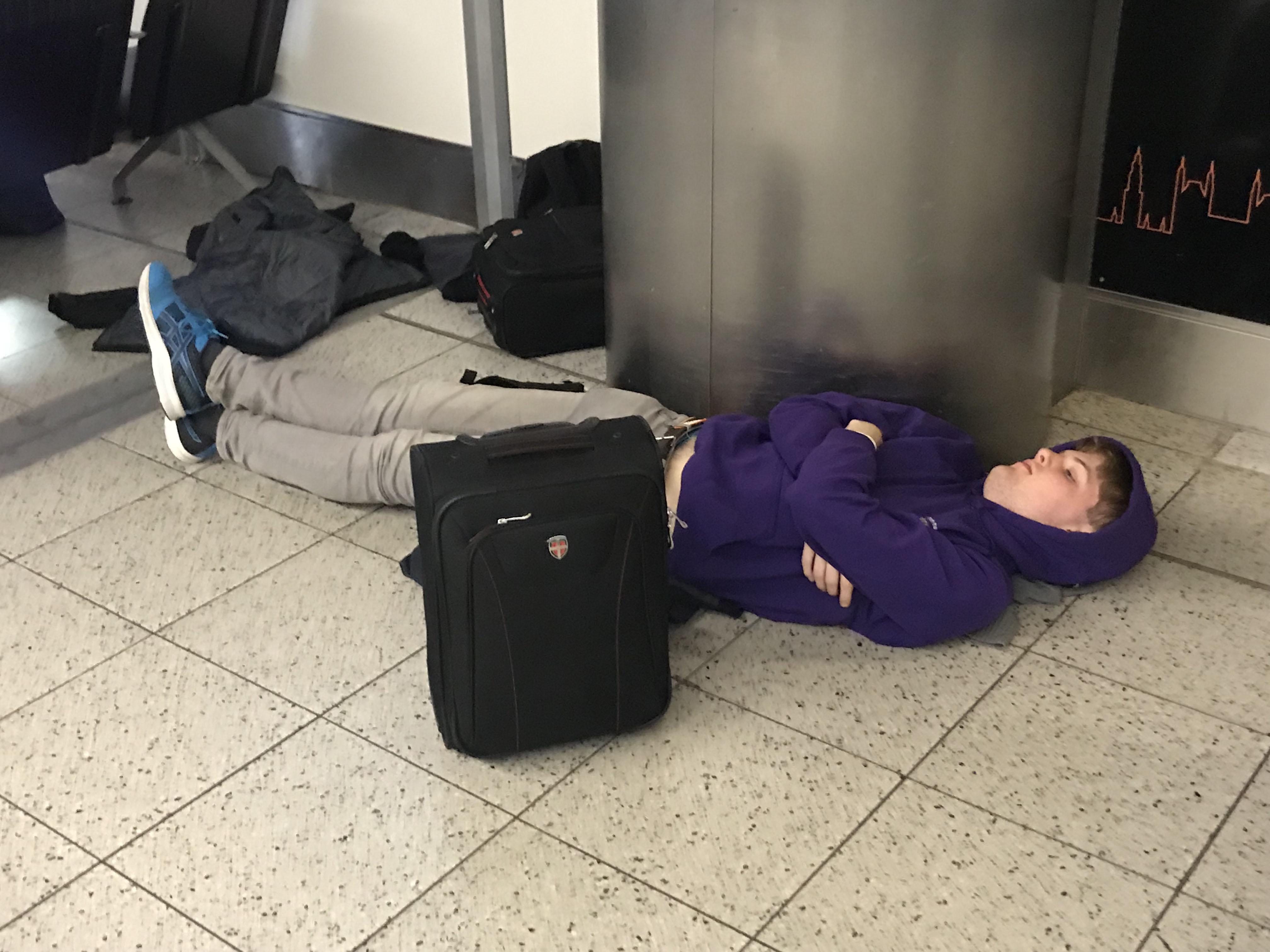 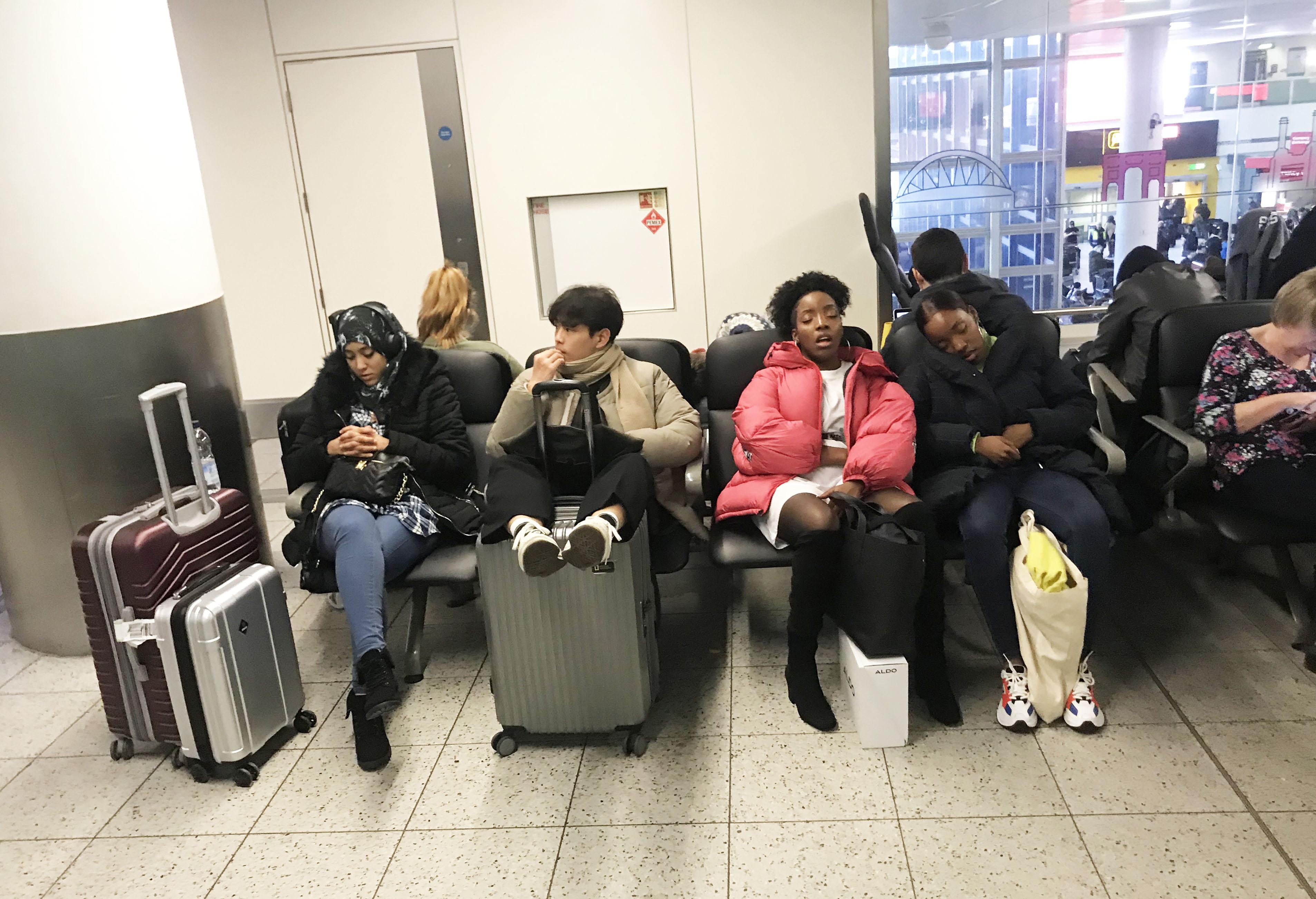 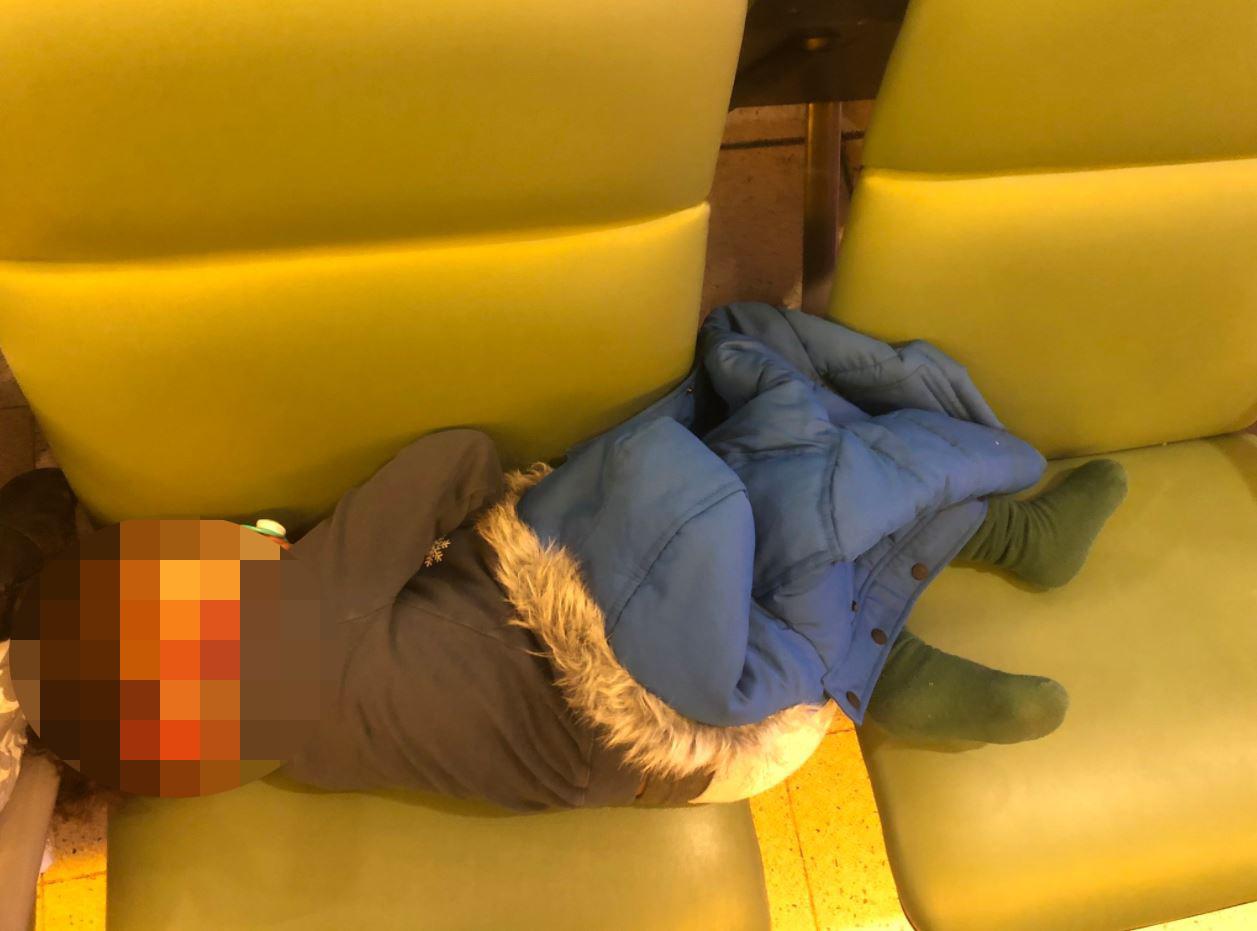 It is the biggest disruption to Gatwick since the volcanic ash cloud in 2010.

MoD top brass today met with Sussex Police to formulate how to hunt down the drones and it confirmed it has "deployed specialist equipment" to assist cops.

The Army could also provide troops on the ground, helicopters or vans to help in the search.

An MoD spokesman said: "We are deploying specialist equipment to Gatwick airport to assist Sussex Police.

"There are ongoing discussions with the police about any military capability that could be provided to assist with their operation."

The MoD came forward after Sussex Police made an official request for assistance, a spokesperson confirmed.

Speaking this afternoon, Defence Secretary Gavin Williamson told reporters the Army will use their “unique military capability" to assist cops.

He added: "It goes to demonstrate how our armed forces are always there ready to support the civilian authorities."

Expert police snipers have already been pictured patrolling the runway while gripping their specialised rifles, earlier this morning.