Woken up with a sore head? Freshers’ Week carnage across Leeds and Birmingham as raucous students drink, dance…and then vomit in the street

Boozy students swarmed to the streets of Leeds and Birmingham last night to indulge in a night of tipsy fun as Freshers’ Week continued.

Heavy clubbing proved too much for some young people, whose drinking and dancing was followed by vomiting in the street.

Some even lay down on pavements before they were helped by police, who checked to see if they well enough to make their own way home. 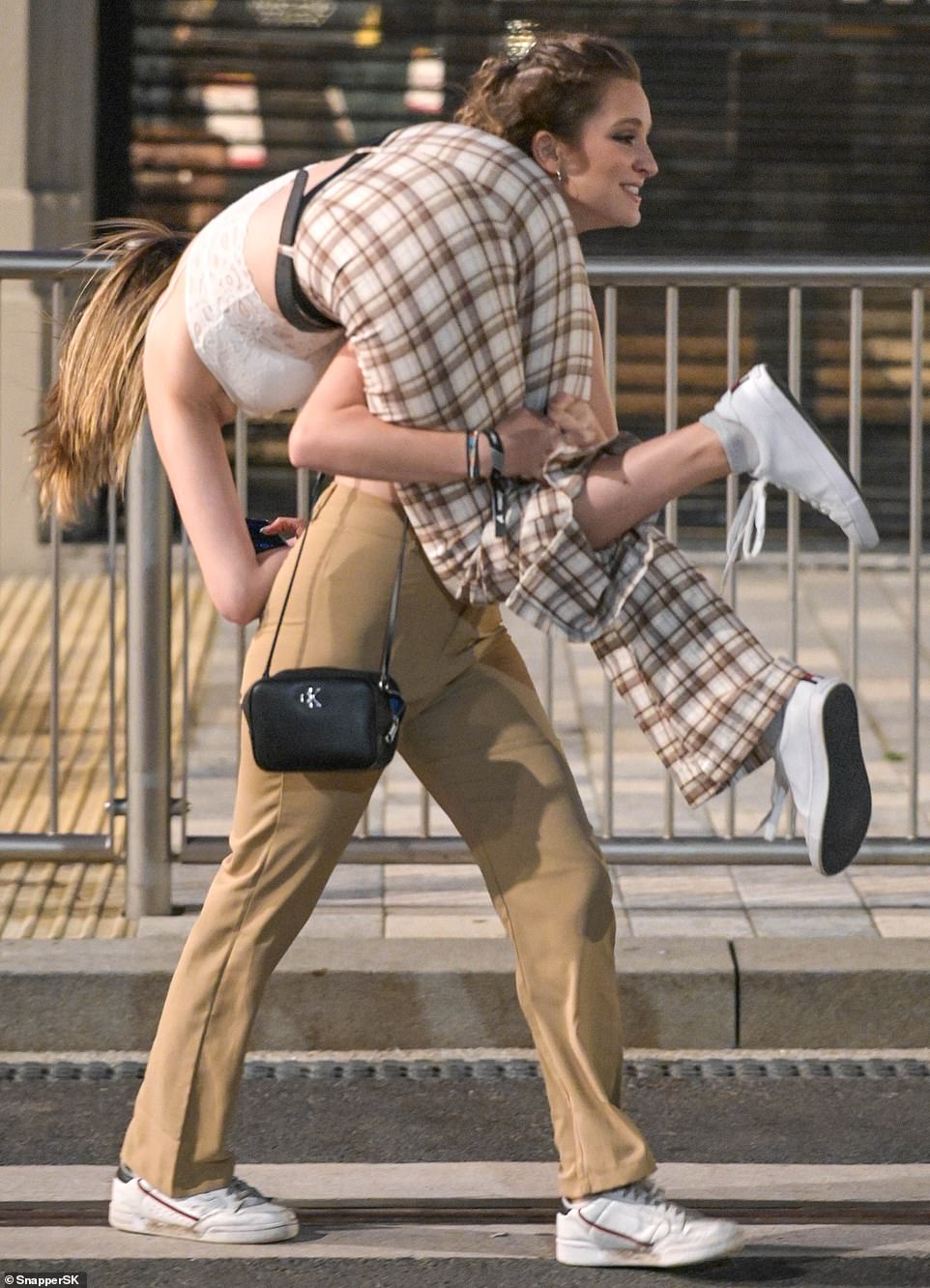 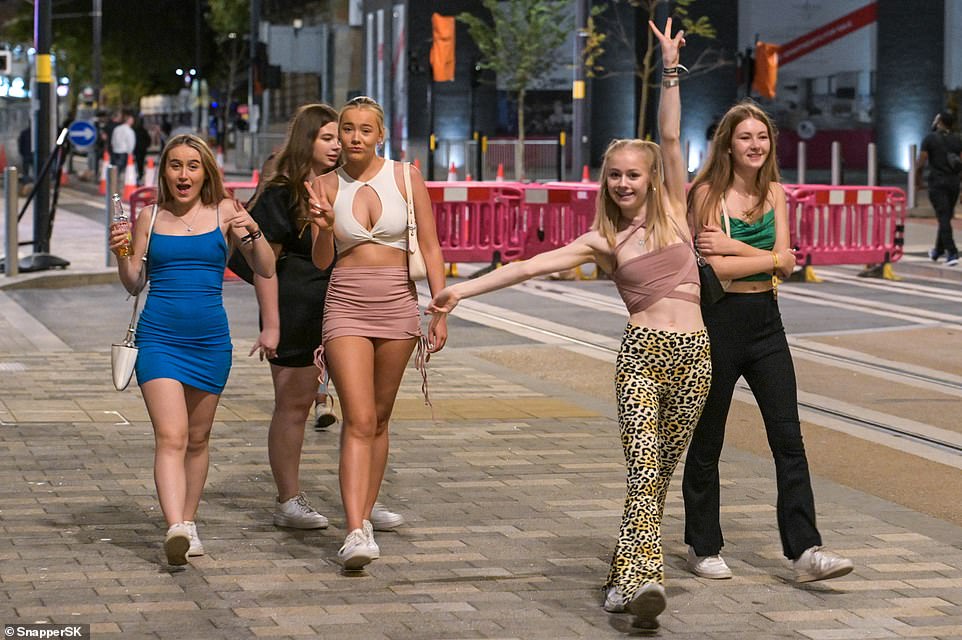 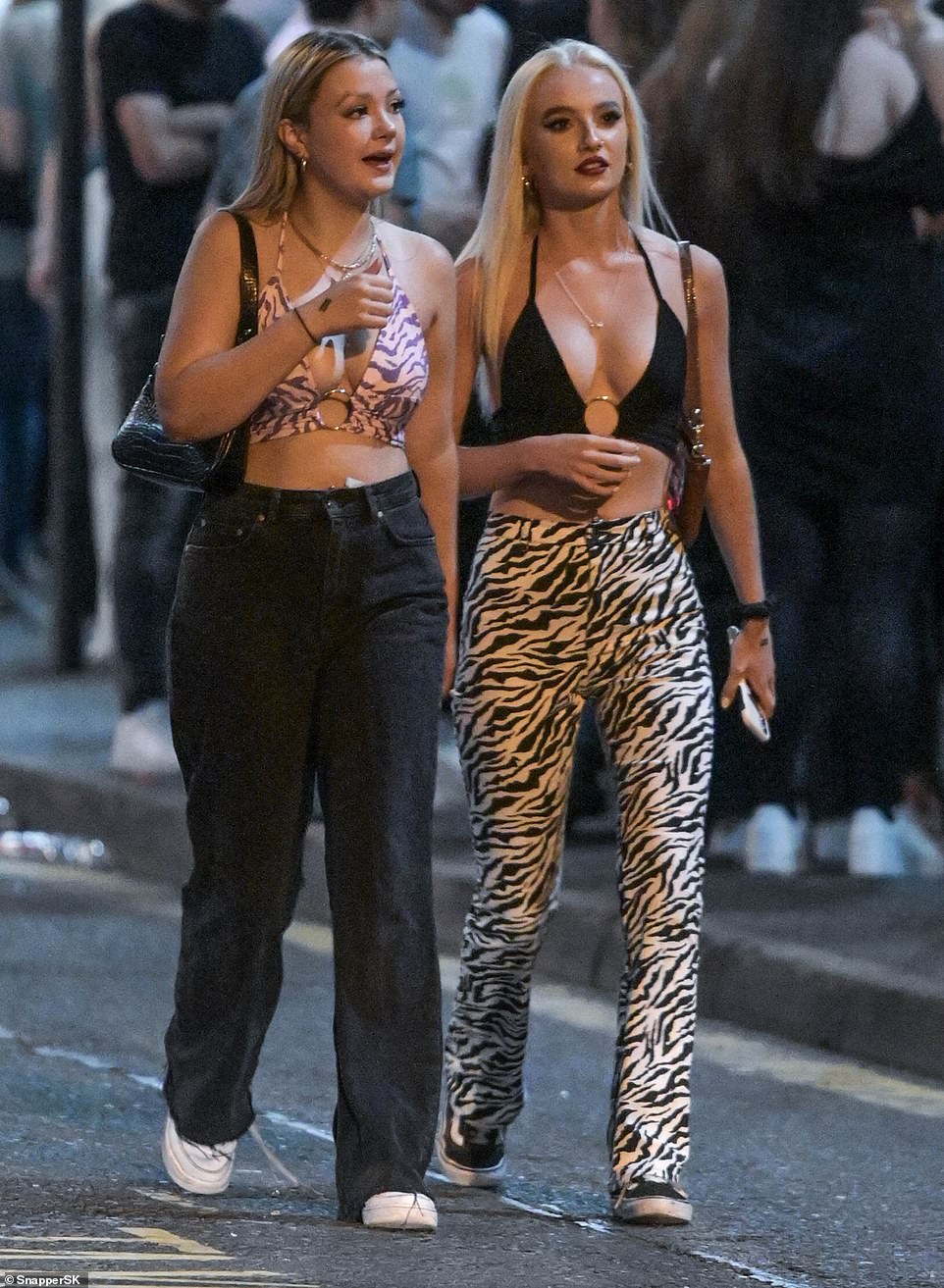 Animal print trousers were the sartorial choice of the night for many, with this young lady pairing hers with Converse and a halter top 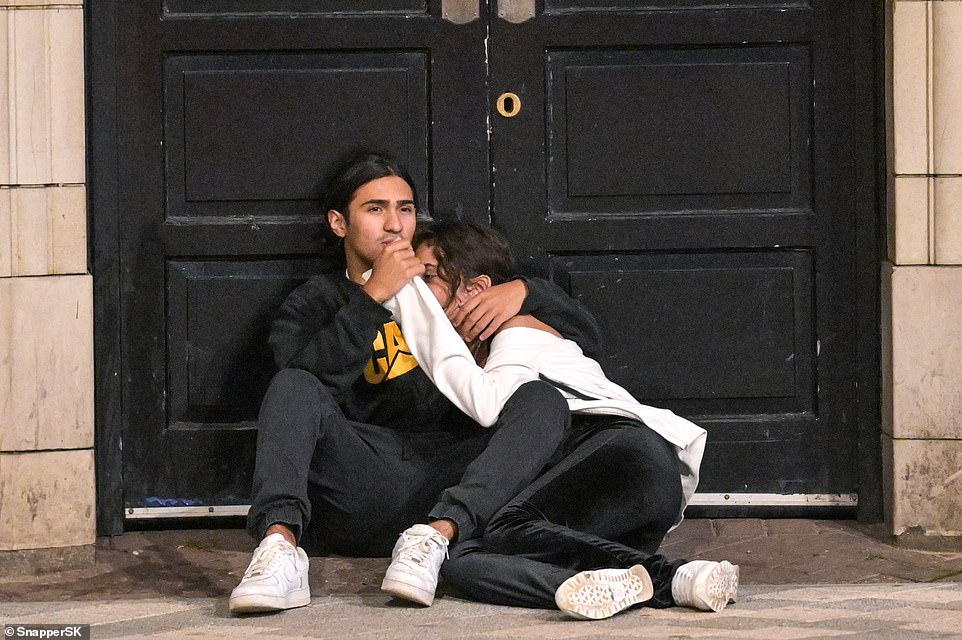 It all got a bit much for some youngsters, who sat themselves down in a doorway after a heavy night of partying 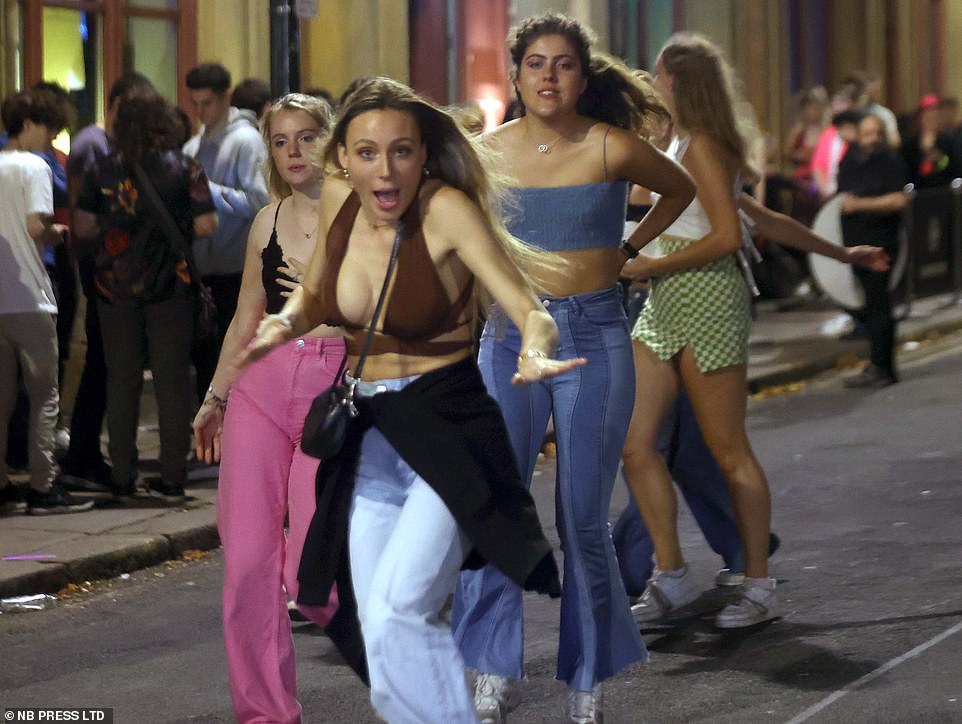 Others managed to keep up the fun, as giggling girls were spotted in Leeds city centre linking their arms and can-can dancing – sharing their cheer with other revellers.

A few students piggy-backed their way through the street, while their fellow learners clung to each other for dear life as they made their way home.

There was plenty of hugging, dancing and group-selfies from students – who were relieved to party once again after more than 18 months of self-learning.

Bold students proudly took swigs out of their wine bottles in the street as their mates looked on.

Freshers’ Week commenced for most UK universities last Sunday, and is expected to continue until Sunday, September 26.

Festivities were cancelled for university-goers last year and this time, young people were determined to get their fill of fun.

Fun and friendships to last a lifetime were also on display as students broke out in cahoots of laughter in the street.

Mildly warm weather – which reached 20 degrees in Birmingham and 17 degrees in Leeds – helped students wear whatever they liked while out partying. 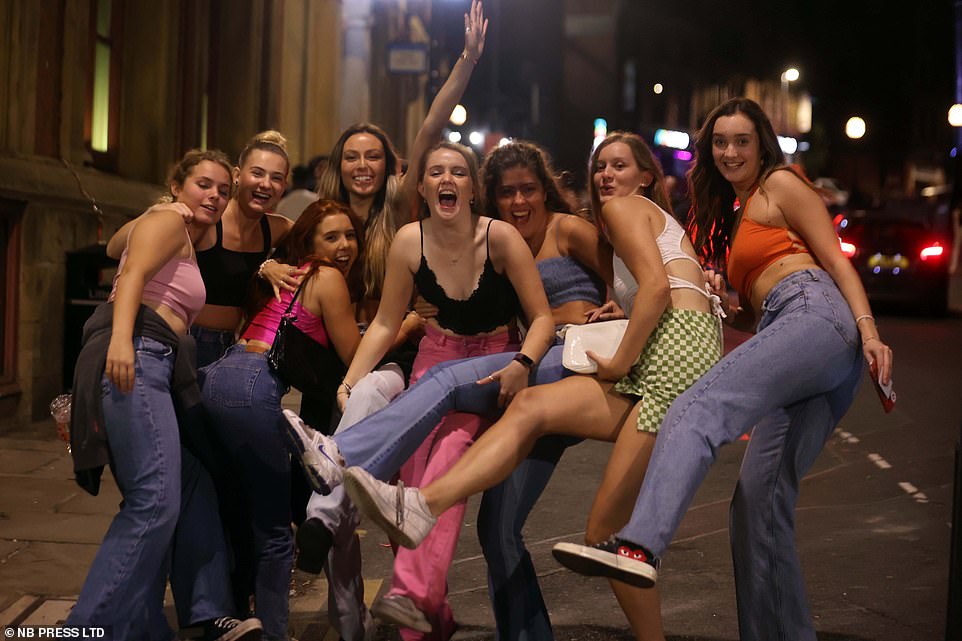 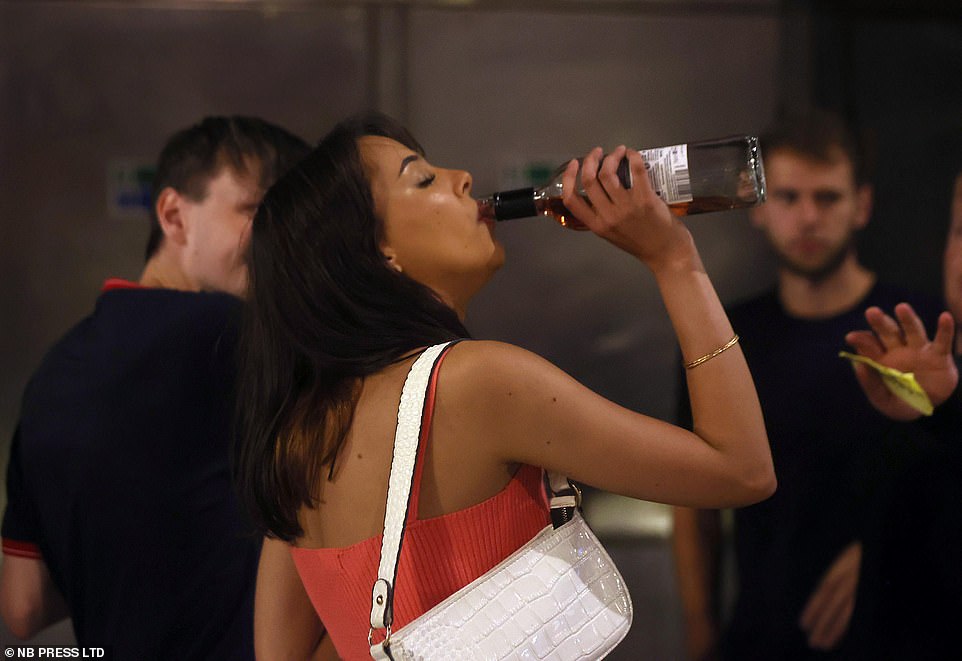 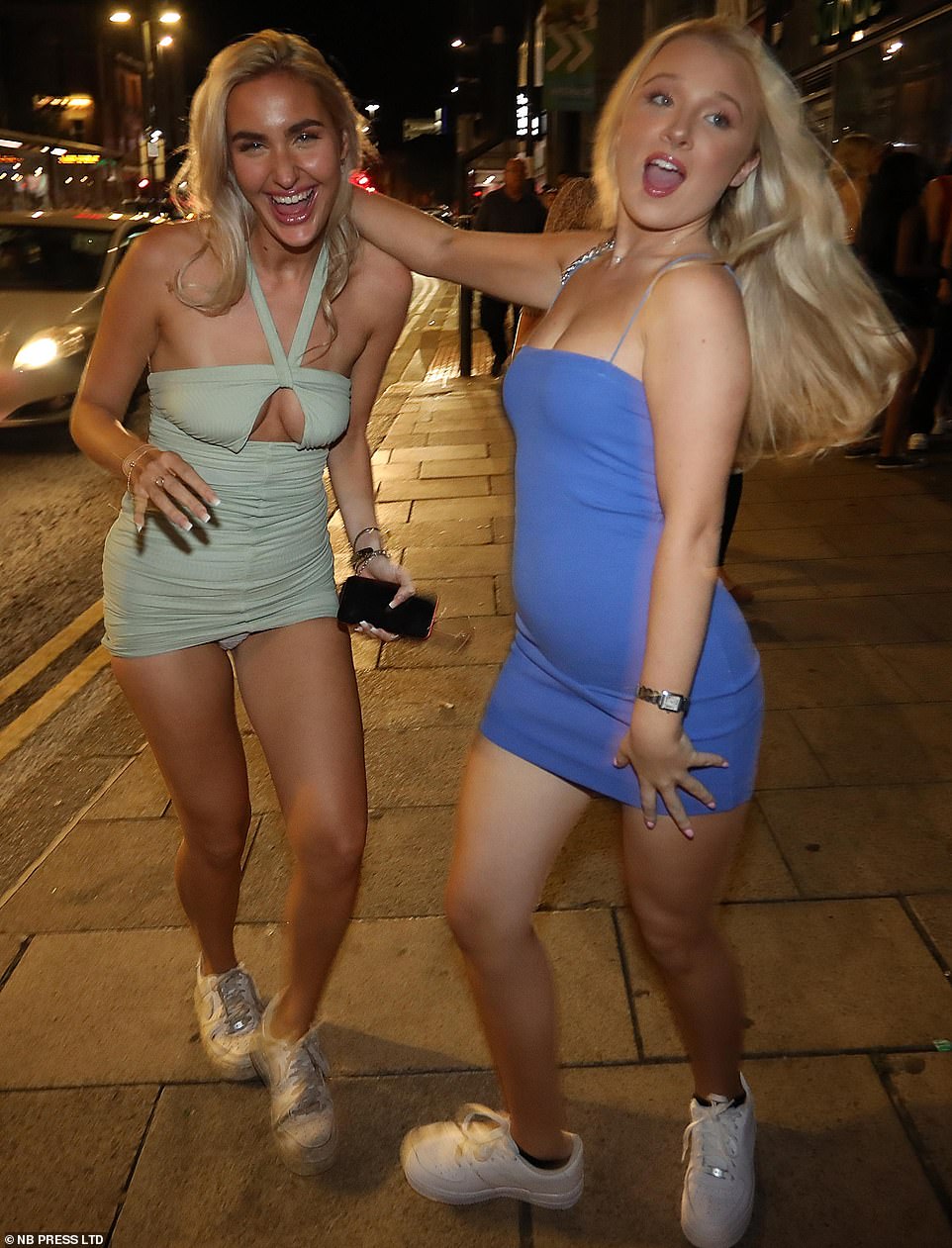 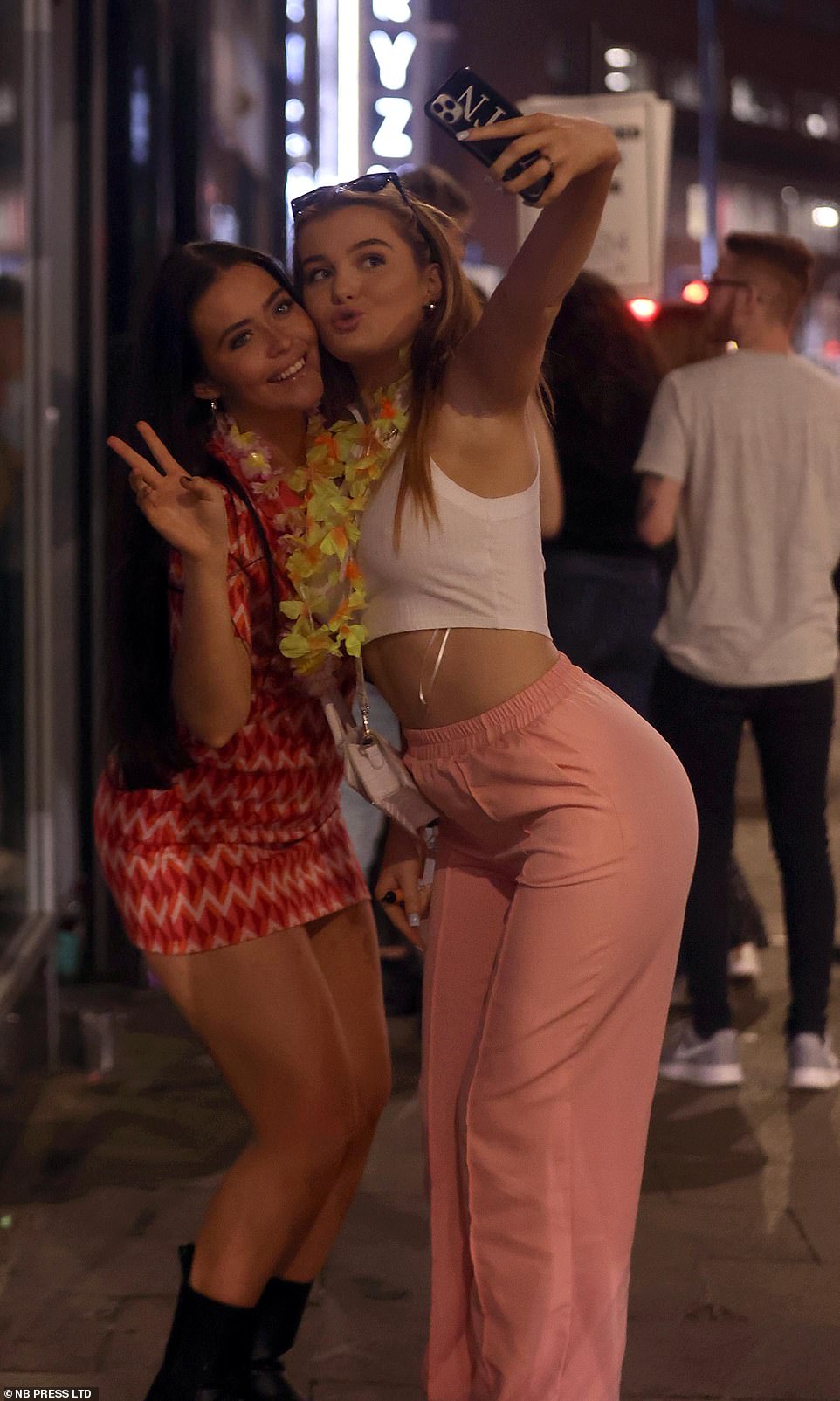 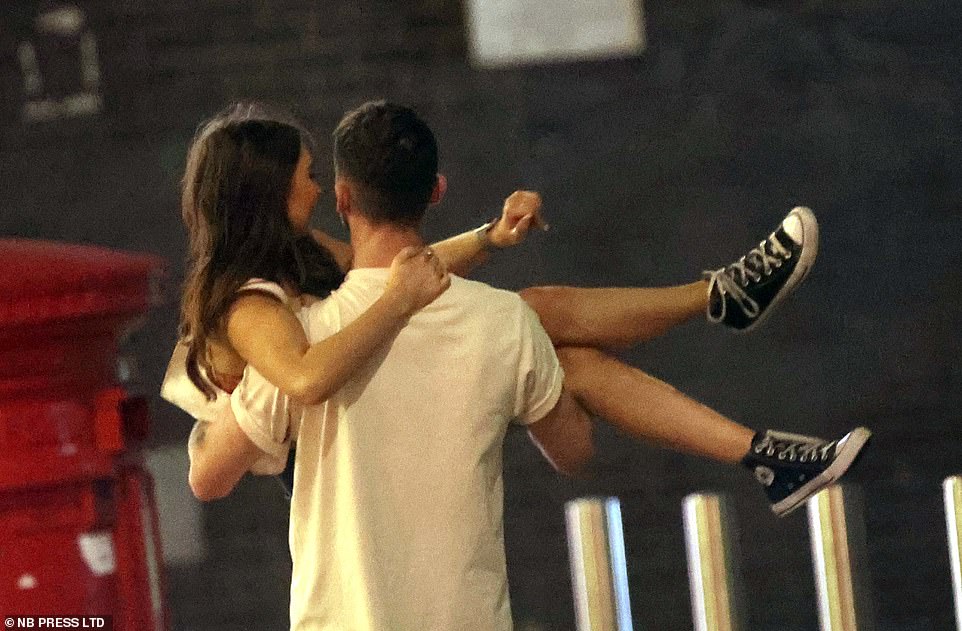 ‘Who says romance is dead’? One gallant beau carries a fellow student along the road in Leeds during a night out on Wednesday 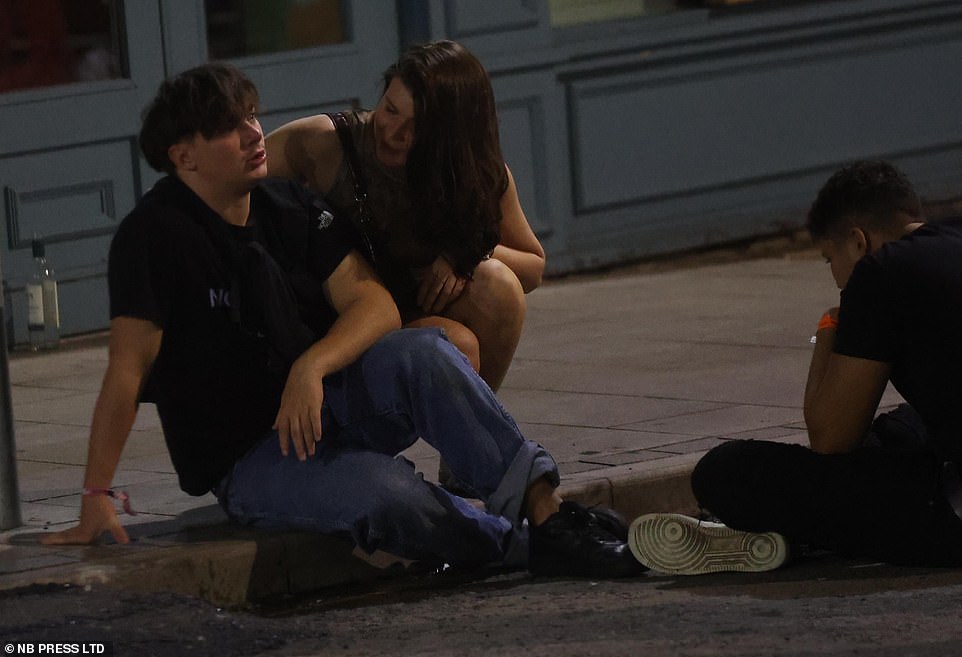 ‘You got a friend’: A worn-out reveller on the pavement in Leeds is comforted by friends before heading home for rest 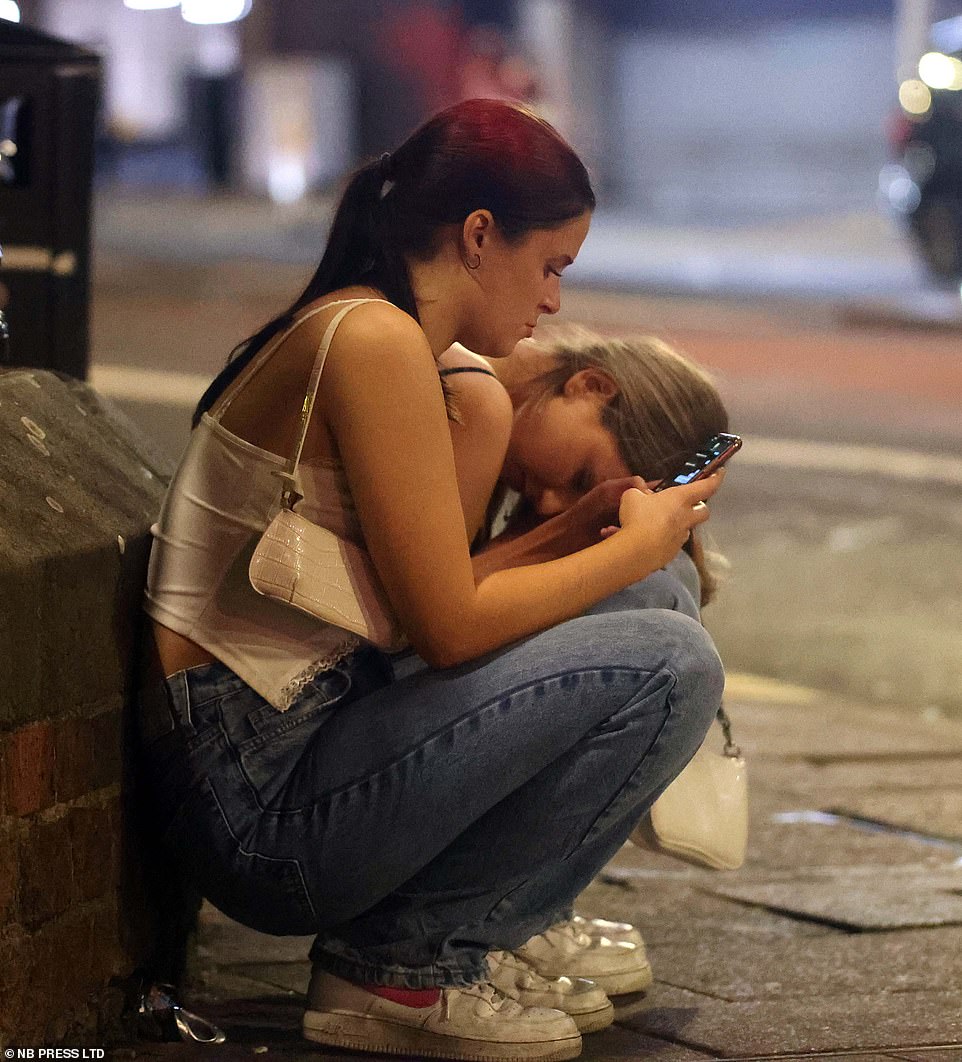 Leeds University’s Student Union insists that studying is about ‘so much more than a degree’ – with heaps of events designed to help young people ease into learning.

‘We can all agree that last year left a lot to be desired,’ the student union stated.

‘This year, we’re making up for it with a jam-packed Freshers’ events programme with endless opportunities to make new friends and try new activities.’

Students yet to be vaccinated have been urged to get their Covid jabs by the NHS in order to curb rising cases across the country.

Hillary Gyebi-Ababio, the vice-president for higher education at the National Union of Students, said: ‘It’s great to see the Covid vaccine being made easily available on campus for students – at NUS, we’ve been asking the government to do everything it can to make sure young people can access vaccines easily.

‘I’d urge everyone who is able to get the vaccine so that we can have a safer time back on campus.’