Frank Lampard rushed home from a staff Christmas party at Derby after a burglar alarm went off at his home, sparking fears for his wife who was a victim of stalking.

The Derby County manager left the festive bash early after an intruder alert at the farmhouse he shares with wife Christine, it is claimed.

TV presenter Christine, 39, was targeted by Christof King who sent her ‘very nasty’ tweets and made repeated visits to her house. during a three-year stalking campaign.

The alarm during the Christmas party was a ‘worrying moment’ for the couple and their baby daughter, a source told The Sun. 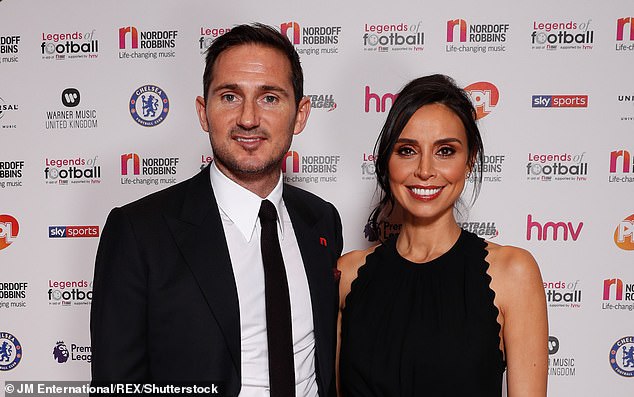 Derby manager Frank Lampard is said to have left a Christmas party earlier over fears for his wife Christine, pictured together in October, after an alarm went off at their house

The source said: ‘Everyone had a welcome drink and was having a good time but just as Frank sat down for his food, he got a phone call and just shot off and no one saw him again.

‘Christine has been through a lot with her stalker so it was a worrying moment for them both so Frank stayed home and looked after his family.’

Mrs Lampard was at the farmhouse with the couple’s three-month old child Patricia at the time, it is reported.

The Derby manager had apparently wanted to ‘show his appreciation’ for club staff at the party but was forced to abandon them.

MailOnline has contacted the club and Lampard’s representatives for comment.

Stalker King, 39, of pleaded guilty to stalking last year sent tweets and letters and turned up at her house on more than one occasion, forcing her to hide in a bedroom with the housekeeper.

Christine Lampard said the ‘disturbing’ tweets caused her so much concern she showed them to her husband Frank. 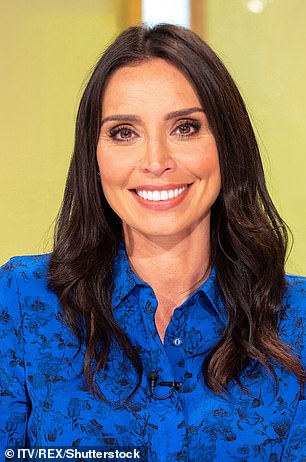 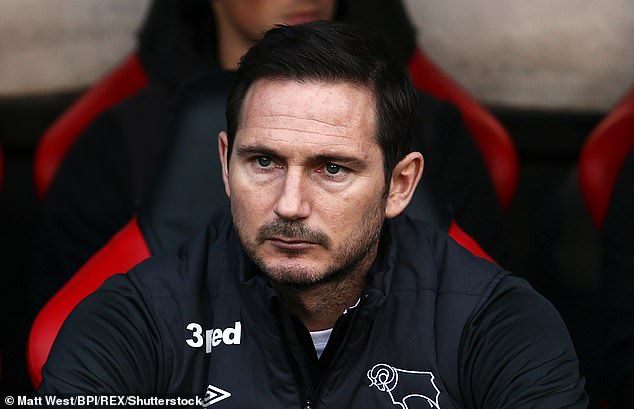 Frank Lampard, pictured managing Derby in a match last month, left the festive bash early after an intruder alert at the farmhouse he shares with wife Christine, it is claimed

The broadcaster said several tweets were ‘incoherent waffle’, with some tagging her employer ITV and her husband.

‘Several tweets became quite sinister and dark,’ she added.

She later said she only felt safe after the stalking campaign because her mother could track her on a mobile phone app.

The court heard how King sent one tweet to Mrs Lampard saying: ‘I can hear the scratch of nails as I sharpen them ahead of your crucifixion.’

King avoided prison but was handed a restraining order banning him from contacting either Christine or Frank Lampard.

Frank Lampard, 40, took over at Derby this season in his first job as a manager since he retired from playing.

On the field he became Chelsea’s highest goalscorer of all time and was capped 106 times by England.