PARIS (Reuters) – President Emmanuel Macron’s government is dropping further fuel-tax hikes in next year’s budget in the face of protests across France over living costs, his prime minister said on Wednesday, a day after announcing their suspension for six months. 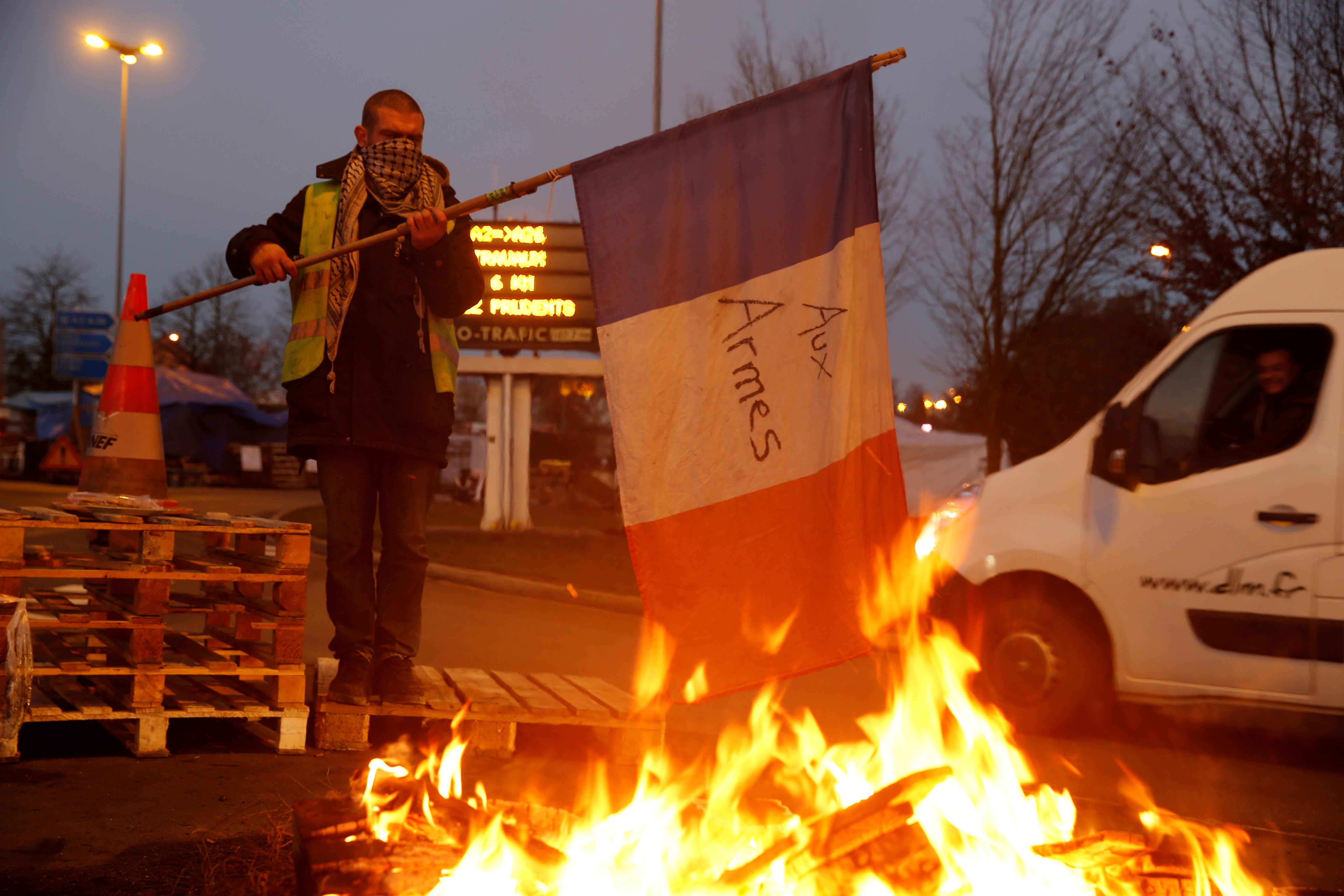 The Macron administration is struggling to defuse the anger driving the “yellow vest” protests, as it reels from the worst riots seen in central Paris in five decades last Saturday.

“The government is ready for dialogue and is showing it because this tax increase has been dropped from the 2019 budget bill,” Prime Minister Edouard Philippe told the lower house of parliament.

The concession was the latest attempt to quell the worst crisis of Macron’s presidency after announcing the six-month suspension only the day before.

His government indicated earlier that it could also amend a wealth tax that Macron shrank last year to cover only real estate assets, earning him criticism as the “president of the rich”.

A Macron aide denied that any eventual revision of the wealth tax would represent a major climb-down by Macron, a pro-business former investment banker, adding that the president remained committed to his reform drive.

Government spokesman Benjamin Grivet said all tax-related policies needed to be periodically evaluated and, if deemed not to be working, should be changed. He said the wealth tax could be reassessed in the autumn of 2019.

“If a measure that we have taken, which is costing the public money, turns out not to be working, if it’s not going well, we’re not stupid – we would change it,” Griveaux told RTL radio.

The unrest over the squeeze on household budgets comes as OECD data showed that France has become the most highly taxed country in the developed world, surpassing even high-tax Denmark.

Griveaux later told a weekly news conference that Macron had called on all political parties, trade unions and business leaders to press the need for calm.

Student protests and planned trade union strikes in the energy and port sectors next week nonetheless underscored the risk of contagion.

And with little sign its concessions are calming protesters’ nerves, the government is also preparing for a new round of possible violence on Saturday.

“I want to tell the thugs, we will stand up to them and won’t give an inch,” Philippe told lawmakers.

The “yellow vest” movement – so-called because of the high-vis jackets worn by protesters – began with the aim of highlighting the squeeze on household budgets caused by fuel taxes but morphed into a broader, sometimes-violent rebellion against 40-year-old Macron.

Philippe earlier said the six-month suspension to the carbon-tax would be used to examine other measures to bolster household spending power.

It marked the first major U-turn by Macron in his 18-months in office, at a time polls show that barely one in five French people think he is doing a good job.

Nearly seven out of eight people told pollsters that the measures did not satisfy the movement’s demands, according to an Elabe survey for BFM TV.

The poll also found that although 82 percent were against the violence seen last Saturday, 72 percent supported the “gilets jaunes” movement.

U.S. President Donald Trump appeared to mock Macron over the policy shift, which could make it harder for France to meet its CO2 emissions reduction target, a core element of the Paris climate agreement of 2015.

“I am glad that my friend @EmmanuelMacron and the protestors in Paris have agreed with the conclusion I reached two years ago,” Trump tweeted late on Tuesday, as U.N. climate talks take place in Poland on how to enforce global action.

“The Paris Agreement is fatally flawed because it raises the price of energy for responsible countries while whitewashing some of the worst polluters.”

Adding to Macron’s difficulties, college students are agitating and the hardline CGT trade union on Wednesday called for strikes in the energy industry and at ports on Dec. 13.

Meanwhile, Total (TOTF.PA) said a rising number of its filling stations were running dry as a result of “yellow vest” road blocks.

(Refiles to add dropped word hike to headline, no change to text.)