PARIS (Reuters) – France hunkered down for another wave of potentially violent protests on Saturday as embattled President Emmanuel Macron planned to address the nation next week over public fury at the high cost of living, senior allies said. 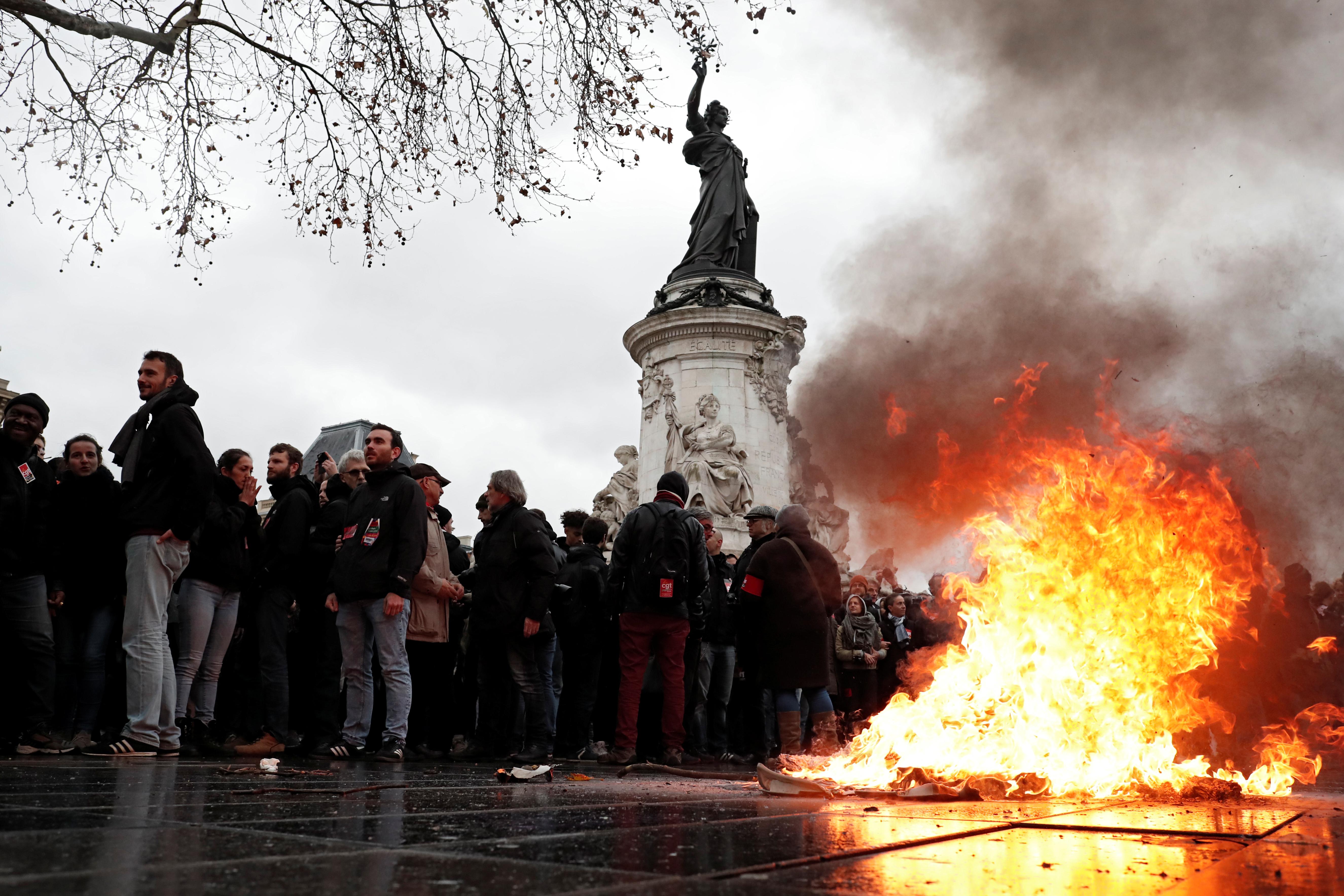 Interior Minister Christophe Castaner said the three-week-old “yellow vest” revolt had “created a monster” and vowed police would have no tolerance for violence, with much of Paris in lockdown and tens of thousands of police deployed nationwide.

Named after the fluorescent safety vests that all French motorists must carry, the protesters are billing their planned action on Saturday as “Act IV” of worst unrest seen in the capital since the 1968 student riots.

Castaner warned that radicals would likely again infiltrate the protest movement – a backlash against high living costs but also, increasingly, a revolt against Macron himself, including his perceived loftiness and reforms favoring a moneyed elite.

“These last three weeks have created a monster,” Castaner told reporters. “Our security forces will respond with firmness and I will have no tolerance for anyone who capitalizes on the distress of our citizens.”

Some 89,000 policemen will be on duty nationwide to forestall a repeat of last Saturday’s destructive mayhem in exclusive central districts of Paris. Police in Paris will be backed up by armored vehicles equipped to clear barricades.

Senior allies of Macron said the president would address the nation early next week. Navigating his biggest crisis since being elected 18 months ago, Macron has left it largely to his prime minister, Edouard Philippe, to deal in public with the turmoil and offer concessions.

But the 40-year-old is under mounting pressure to speak more fully as his administration tries to regain the initiative following three weeks of unrest in the G7 nation.

“The President will speak early next week. I think this is what the French people want, they want answers,” Transport Minister Elisabeth Borne told Sud Radio on Friday.

Macron has not spoken in public since he condemned last Saturday’s disturbances while at the G20 summit in Argentina and opposition leaders accused him of turning the Elysee Palace into a bunker where had taken cover.

“Is Macron still in Argentina? He must surely have an opinion,” hard-left leader Jean-Luc Melenchon said on Twitter on Tuesday.

After the Dec. 1 riots in central Paris and sometimes violent demonstrations in dozens of other cities and towns across France, the government offered a rush of sweeteners to soothe public anger.

It started by scrapping next year’s planned hikes to fuel taxes, the first major U-turn of Macron’s presidency and costing the Treasury 4 billion euros ($4.5 billion).

But, mindful of France’s deficit and not wanting to flout EU rules, Macron will have scant wriggle room for more concessions.

The “gilets jaunes” (yellow vest) movement remains amorphous and hard to define, with a rapidly shifting agenda and internal divisions.

One faction, which dubs itself the “Free Yellow Vests”, called on protesters not to travel to Paris on Saturday but criticized Macron for refusing to hold direct talks.

“We appeal for calm, for respect of public property and the security forces,” Benjamin Cauchy declared in front of the National Assembly. His group are seen as moderates within the broader movement.

The Eiffel Tower, opera house, and Louvre are among dozens of museums and tourist sites in Paris that will close on Saturday to pre-empt feared attacks by yellow vest militants.

Luxury boutiques and restaurants in fancy neighborhoods and near the presidential palace erected barricades and boarded up windows. Department stores Galerie Lafayette and Printemps said they would not open in the capital on Saturday.

The trouble is jeopardizing a timid economic recovery in France just as the Christmas holiday season kicks off. Retailers have lost about 1 billion euros in revenue since the protests erupted, the retail federation said.

On the French stock market, retailers, airlines and hoteliers suffered their worst week in months. 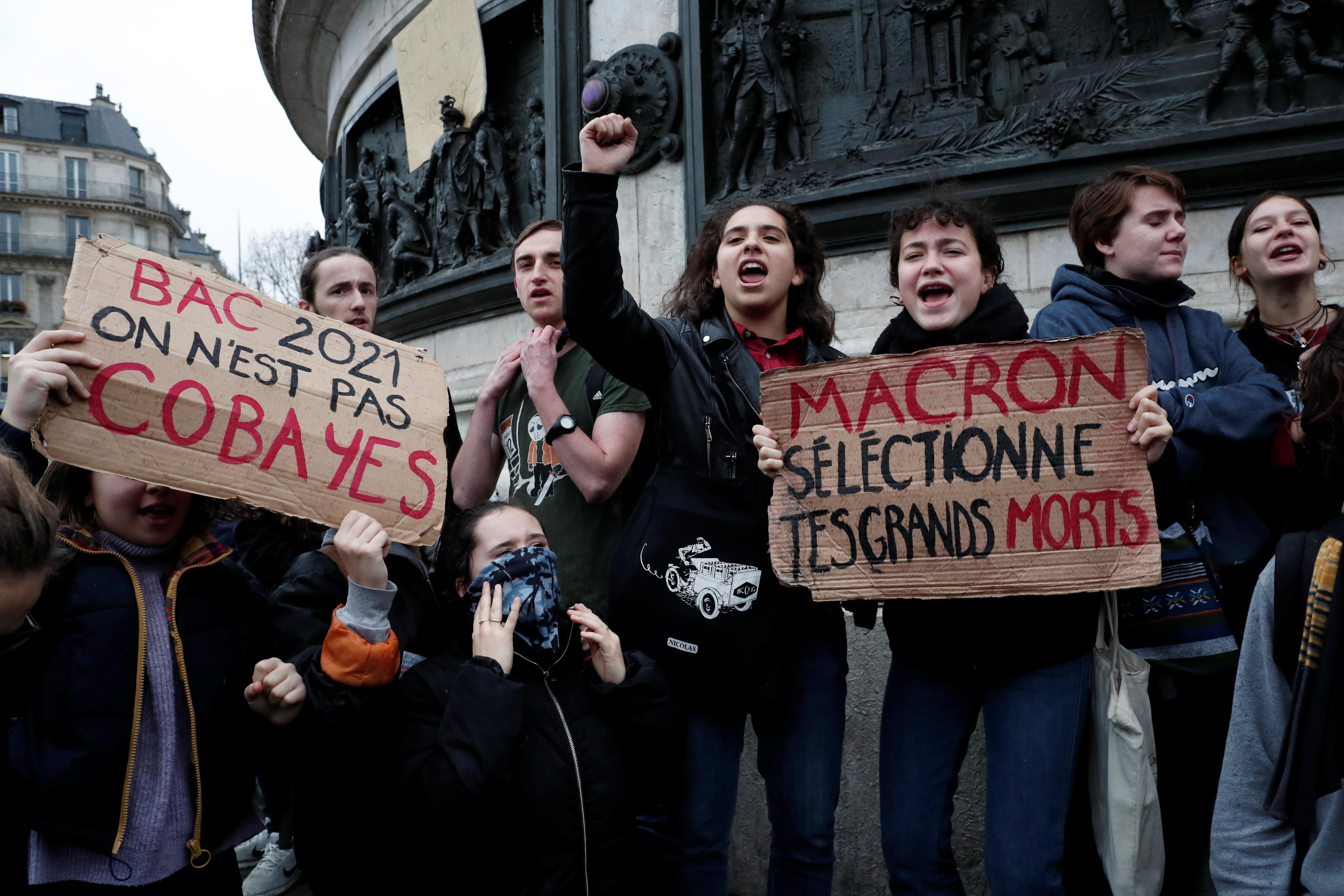 Patrick Delmas, 49, will shut his “Le Monte Carlo” bar next to the Champs Elysees on Saturday, blaming hoodlums from anarchist and anti-capitalist groups, as well as the yellow vest movement’s violent fringe.

“We have lost 60 percent of business over the last 15 days,” he said. “The problem is all those people who arrive with the sole intention of smashing things up.”