We know we've become dependent on China. And that China is using our dependency against us to "punish" Australia for having its own view of the world. In the last fortnight, Beijing added two more of Australia's commodity exports – cotton and coal – to its list of sanctioned items.

But how much do we know about China other than its economic status as a customer? That the name we use for China is not originally Chinese, for instance? That it's actually a European invention. Like much about China that we think is ancient and traditional, it's really quite recent, a new book points out.

In fact, the young political entity known as Australia, which only came into being at Federation 120 years ago, has been the country's official name for longer than the official name of the country we call "China" today. 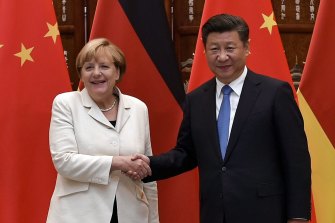 It was only when the last emperor was overthrown in the revolution of 1911-12 that the nationalist leader Sun Yat-sen declared the existence of an entity called the Republic of China, which the communists changed to the People's Republic of China. As the name of the country, "China" has stood for only 108 years.

"Until the very end of the 19th century, rulers in Beijing would not even have recognised the name ‘China'," says Bill Hayton in his new book, The Invention of China. He describes how early European adventurers were puzzled when they reached a place they thought of as China – or Land of the Chins – only to discover the locals knew no such name.

The territory we recognise today as China bore the name of each successive dynasty that ruled it. Just as its name changed with the name of the dynasty, so did the shape of its borders and lands. This is an uncomfortable reality for the Chinese Communist Party today as it continues to make new claims in the name of historical "rights" to territories also claimed by its neighbours. 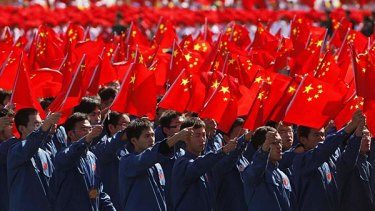 Hayton, a BBC journalist and associate of London's Chatham House, illustrates the point with a recent anecdote.

When President Xi Jinping visited Germany in 2014, his host, Chancellor Angela Merkel, presented him with a gift, as protocol requires. She chose an old map, printed in Germany in 1750. Official photos show an animated Merkel enthusiastically presenting Xi with the framed map, but Xi standing back, stony-faced. Hayton explains the reason for Xi's demeanour: the map "included only the former provinces of the Ming Dynasty. It therefore excluded most of the other territories acquired by the Qing: Manchuria, Mongolia, Tibet and Xinjiang. To make things worse, Taiwan was outlined in a separate colour."

China's party-controlled media had a dilemma. They needed to report the official ceremony but were not allowed to admit the inconvenient historical fact. "They resolved it in the traditional manner of a one-party state: they faked the news."

The Chinese media reported the occasion but replaced the map with a much later one, from 1844, showing a much wider Chinese territory. An eminent Chinese professor went on to write about the significance of Germany giving China such an expansive map of China's territory, even including some Russian land as a bonus.

Funny, yes? But serious, too. Hayton explains that the tale "demonstrates the anxiety and paranoia that lurk just beneath the surface of contemporary China's politics. If Xi had given Merkel a map of 18th-century Prussia that excluded most of western Germany, the object would have been treated as an interesting curio.

"The People's Republic's sense of self, on the other hand, is far too fragile to admit that the shape of the country may have been different 300 years ago. No debate over the state's ‘core interest' of territorial integrity is permitted and the result is absurd denials of any historical evidence that underpins a different story of the past. The only acceptable version of history is the invented version that suits the needs of the Communist Party's current leadership."

Much more about today's China that's presented as ancient, traditional and immutable is, in fact, recent, imported and defined by the political imperatives of the present. 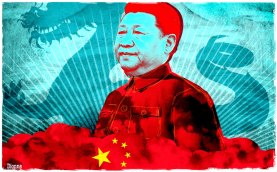 Even the idea of the majority ethnic group in China, the Han, as the Chinese "race" is a relatively new construct. Hayton sets out how the nationalist revolutionaries in the late 19th century needed a tool to set the Qing rulers apart from the people.

The Qing, Manchu invaders from the north, had ruled for nearly three centuries over what today is called China. The Confucian consensus of the time was that political legitimacy arose from participation in the civilised culture, and that this meant anyone from anywhere, even barbarians, even the Manchu, could participate in the nation.

One of the nationalist revolutionaries challenged this cultural definition of the nation replaced it with a new racial one. Zhang Binglin, a classical scholar turned revolutionary, did it by – in Bill Hayton's words – "inventing" the Han race in 1899. This allowed them to delegitimise the Qing rulers.

"Change could only come from the Han, the sons and grandsons of the Yellow Emperor," writes Hayton. He points out that, today, the Chinese Communist Party uses its United Front Department to promote the worship of the mythical Yellow Emperor among overseas Chinese communities as "an obvious example of a political strategy intended to change their identity and allegiances".

Indeed, there's a Yellow Emperor worship ceremony held every year in Sydney, supported by the United Front, with Australian politicians and dignitaries invited to a "traditional" annual ceremony that was first conducted in Beijing in 2006.

Explaining the invention of China is important because "the idea of China as this permanent and spiritual force in East Asia is probably the most important part of China's rise," Hayton tells me. "We look at it and say, ‘wow, this great power that's always been there is coming back', this idea of that we're returning to a natural order where China takes the lead and we all bow our heads – the psychology of that is their most powerful tool."

It may be a bit late to start understanding the country now seeking to break Australia's sovereign will, 10 billion dollars at a time, but better late than never.