The image took a 2017 post from Judge Reinhart while he was waiting out a hurricane hoping to watch the New York Giants, and put his image over that of deceased pedophile Jeffrey Epstein getting his foot rubbed by his now-imprisoned cohort Ghislaine Maxwell.

Even though the image Fox showed was credited to the Twitter handle @whatimemetosay, Kilmeade tried passing it off as real.

“Also, a picture of Bruce Reinhart,” Kilmeade said while bringing up the image. “This is the judge in charge of the… of the uh… of the, um… as you know, of the warrant, and we’ll see if he’s gonna release it next. He likes Oreos and whiskey.”

This isn’t the first time Fox has been caught trying to pass off fake images as real. They did the same thing in June of 2020 during the George Floyd protests when they showed a fiery image of Minneapolis and claimed it was Seattle. 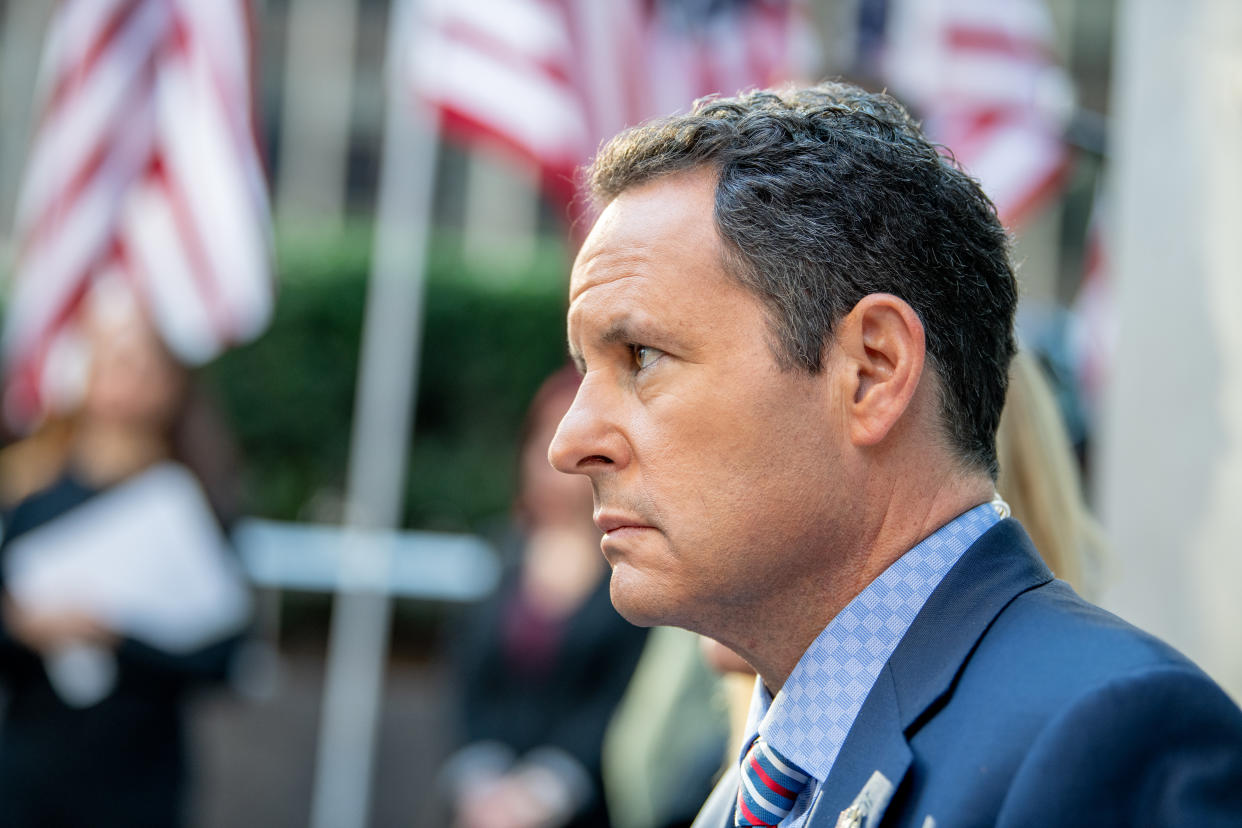 Fox was quick to be called out.

Fox News is the professional wrestling of “news” shows.

Most people know that it’s fake, but for some reason they still enjoy watching it.

And @FoxNews and @kilmeade ran with some yokel Photoshop hack…LOL. You guys are the childhood screwup that wants attention as an adult.

Even Sean Hannity pointed out that the image was clearly fake as they transitioned to his show, but Kilmeade pushed back a bit.

“Sean, can you relate to that?” Kilmeade asked. “I think that’s actually a picture of Jeffrey Epstein with somebody putting his head on there,” Hannity replied, “I’m guessing. I don’t know.” “It might be his plane,” Kilmeade responded. “Who knows?”