SEOUL (Reuters) – A former North Korean diplomat who staged a high-profile defection to the South on Saturday urged an old colleague who has gone missing in Italy to defect to Seoul, following a report that he was seeking asylum in the United States. 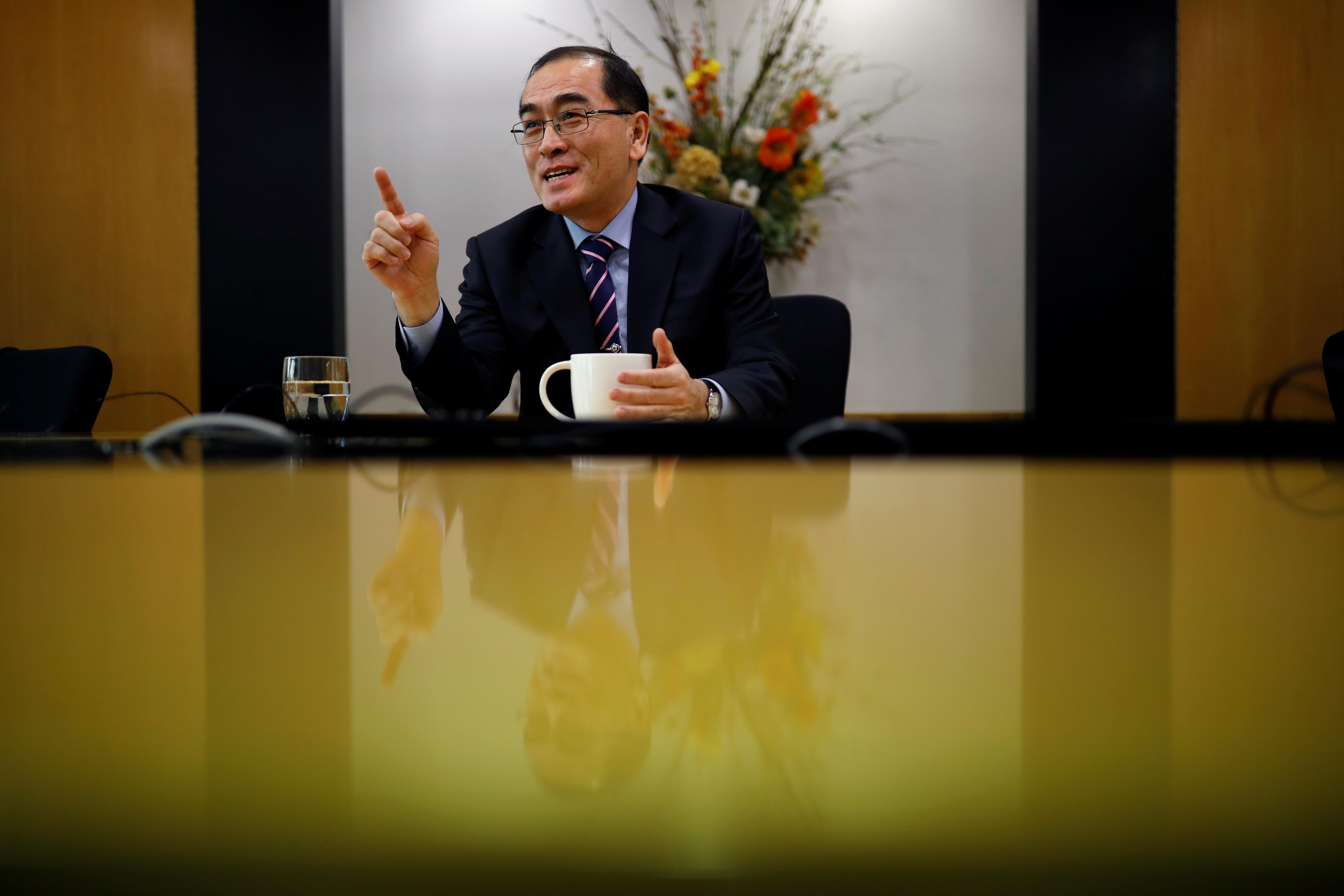 Jo Song Gil, the 44-year-old who was until recently North Korea’s acting ambassador to Italy, disappeared with his wife after leaving the embassy without notice in early November, South Korean lawmakers said on Thursday.

Jo has applied for asylum in the United States and is under the protection of Italian intelligence, Italy’s La Repubblica newspaper said on Friday, citing an unidentified diplomatic source.

The State Department and the U.S. embassy in Seoul did not immediately respond to a query from Reuters regarding the report.

In an open letter, Thae Yong Ho, Pyongyang’s former deputy ambassador to Britain, who said he went to the same university and worked with Jo before defecting to South Korea in 2016, urged Jo to follow in his footsteps.

To defect to the South is an “obligation, not a choice” for North Korean diplomats committed to unification, Thae said, calling Seoul “the outpost” for that task.

“If you come to South Korea, the day when our suffering colleagues and North Korean citizens are liberated from the fetters would be moved forward,” Thae said in the letter released on his website.

“If you come to Seoul, even more of our colleagues would follow suit, and the unification would be accomplished by itself.”

Thae said his family visited Jo in Rome in 2008, where the latter was studying from 2006 to 2009. He guided them to sites such as St. Peter’s Basilica in Vatican City.

South Korea could not be “heaven on earth” but a place where Jo can realize his wishes, Thae said, highlighting the ardent desire for unification among many of the roughly 32,000 defectors there.

“The defectors may not be as wealthy as South Koreans,” Thae added. “But isn’t it the only thing you and I, as North Korean diplomats, should do the rest of our lives – to bring about unification and hand over a unified nation to our children?”