Labour MP Nick Brown has had the party whip suspended after a complaint was brought against him.

The 72-year-old has also had his party membership suspended until the investigation has been concluded.

The MP for Newcastle upon Tyne East, who is said to be ‘cooperating fully’ with an investigation, had been chief whip for all six party leaders since Tony Blair. 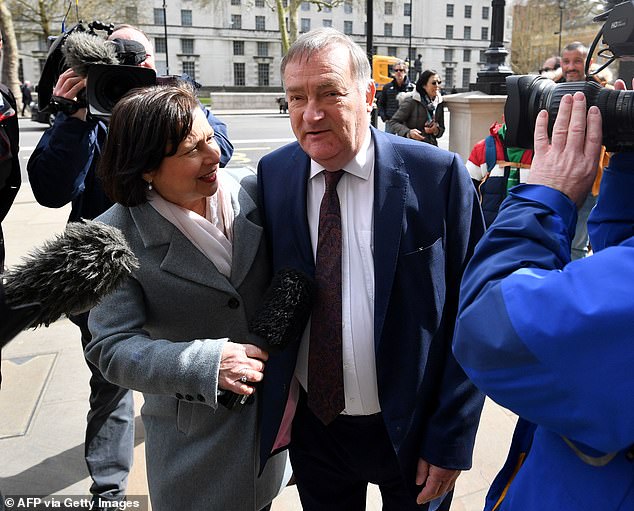 Labour MP Nick Brown has had the party whip suspended after complaint was brought against him. Pictured, Mr Brown in April 2019

The former minister is being investigated following a complaint of an unknown nature, The Guardian reported.

It will be dealt with by Labour’s new independent complaints process.

Mr Brown said that he is ‘cooperating fully’ with the investigation, and has not been made aware of the nature of the complaint.

‘There has been a complaint made about me to the Labour party, which is under investigation,’ he said in a statement reported by the paper.

‘I am therefore under an administrative suspension from the Labour party until the investigation is concluded. I’m not aware of what the complaint is. I am cooperating fully with the investigation.’

Mr Brown is thought to be the party’s highest profile politician to be investigated by the new process which was rolled out this year.

After being suspended and placed under investigation, party rules mean that Mr Brown had to have the whip removed. This is a precautionary measure.

Mr Brown has held the role of chief whip three times under six leaders. He was replaced by Mr Campbell in 2021.