Food shoppers are less protected due to Brexit and a failure to bring in safety checks at ports, watchdog warns

Shoppers are less protected as a result of Brexit and a failure to implement food safety controls and checks at ports, a watchdog has warned.

Meanwhile, public health is under threat from plans to cut the size of the civil service workforce by 20-40 per cent.

The warnings come from the board of the Food Standards Agency (FSA), which has ‘grave concerns’ about the impact of staff cuts.

The FSA’s workload has massively increased following the transfer of responsibilities for overseeing food safety, science and assessments from the EU to the UK after Brexit. 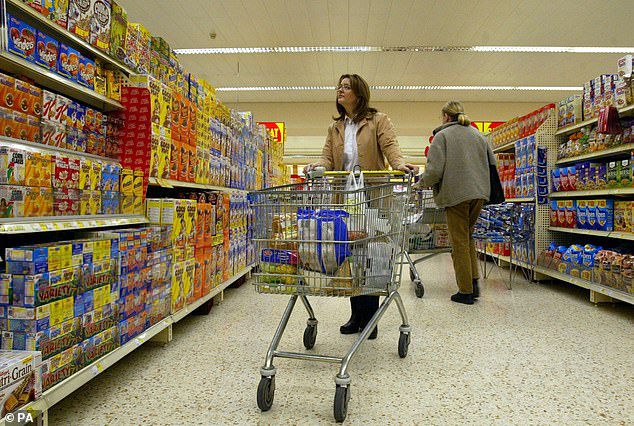 It warned that the Government’s decision to delay import checks and controls on food from Europe until the end of 2023 means families are ‘less protected’.

One problem is that the FSA, which employs around 1,300 staff, is now cut out of the food safety alert system which operates in the EU.

FSA board member for Northern Ireland, Colm McKenna, said: ‘We have a responsibility to ensure that we protect the UK population on food standards.

There will be parts of the civil service that will be able to reduce head counts quite safely, we will not.’