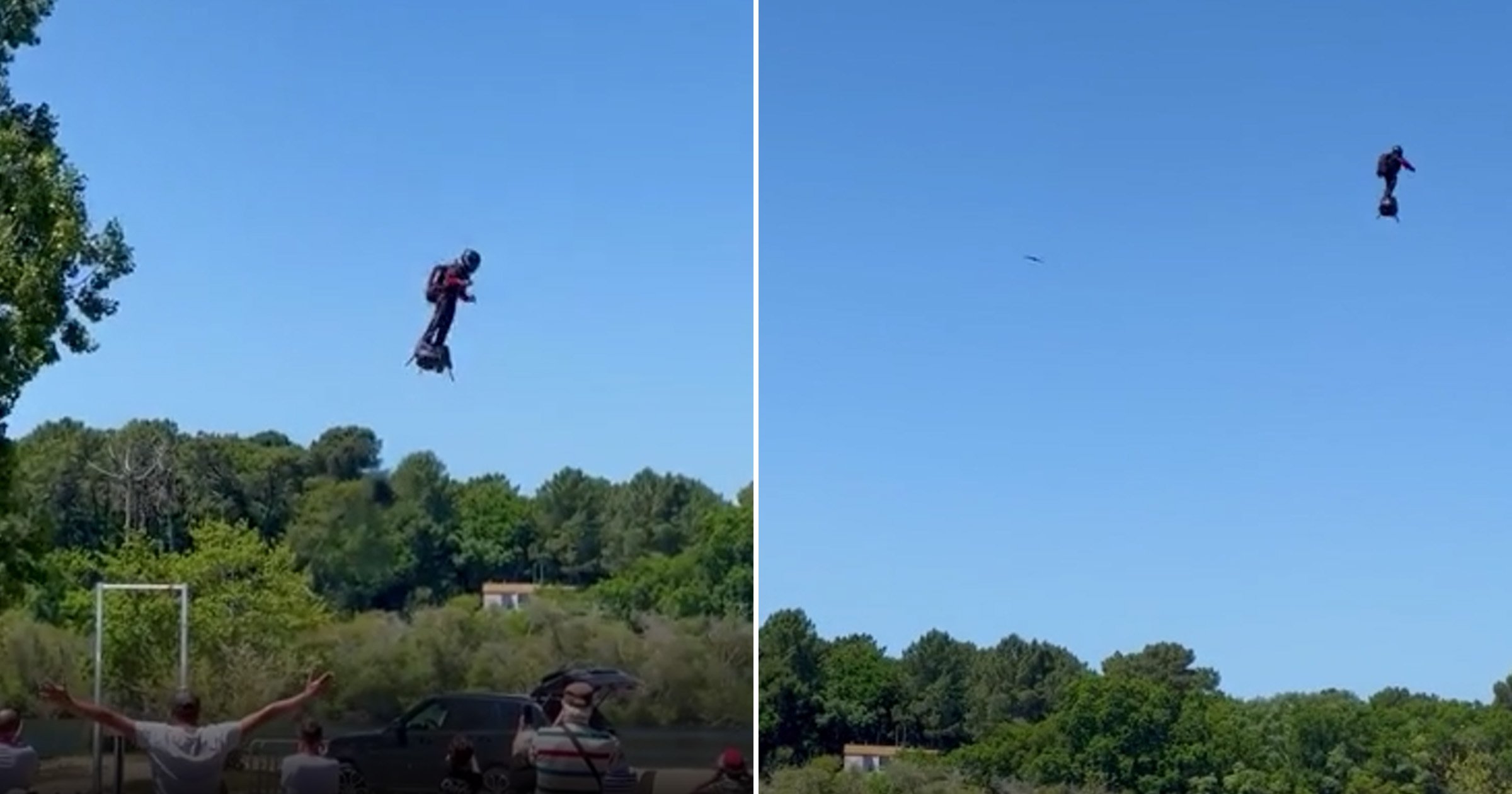 Flying Frenchman Franky Zapata has been injured after crashing into a lake.

The inventor of the jet-powered Flyboard was rushed to hospital after plunging 15 metres into the water during a display at Lake Biscarosse on Saturday.

The 40-year-old, who flew over the English Channel on his Flyboard, suffered only minor injuries and is said to be ‘recovering well’ from his accident.

Footage shows Zapata rising slowly in a spin before he appears to lose control.

It causes him to spin around several times and he crashes into the lake in front of the crowd.

French media said he was conscious when emergency services pulled him from the water.

It is not the first time Zapata, a former army reservist and jet-ski champion, has been injured on his Flyboard.

He lost two fingers in the turbines during its first flight in 2016.

Zapata also crashed the device, which travels at 90mph and can reach a staggering 10,000ft, in his first attempt at crossing the Channel in 2019.