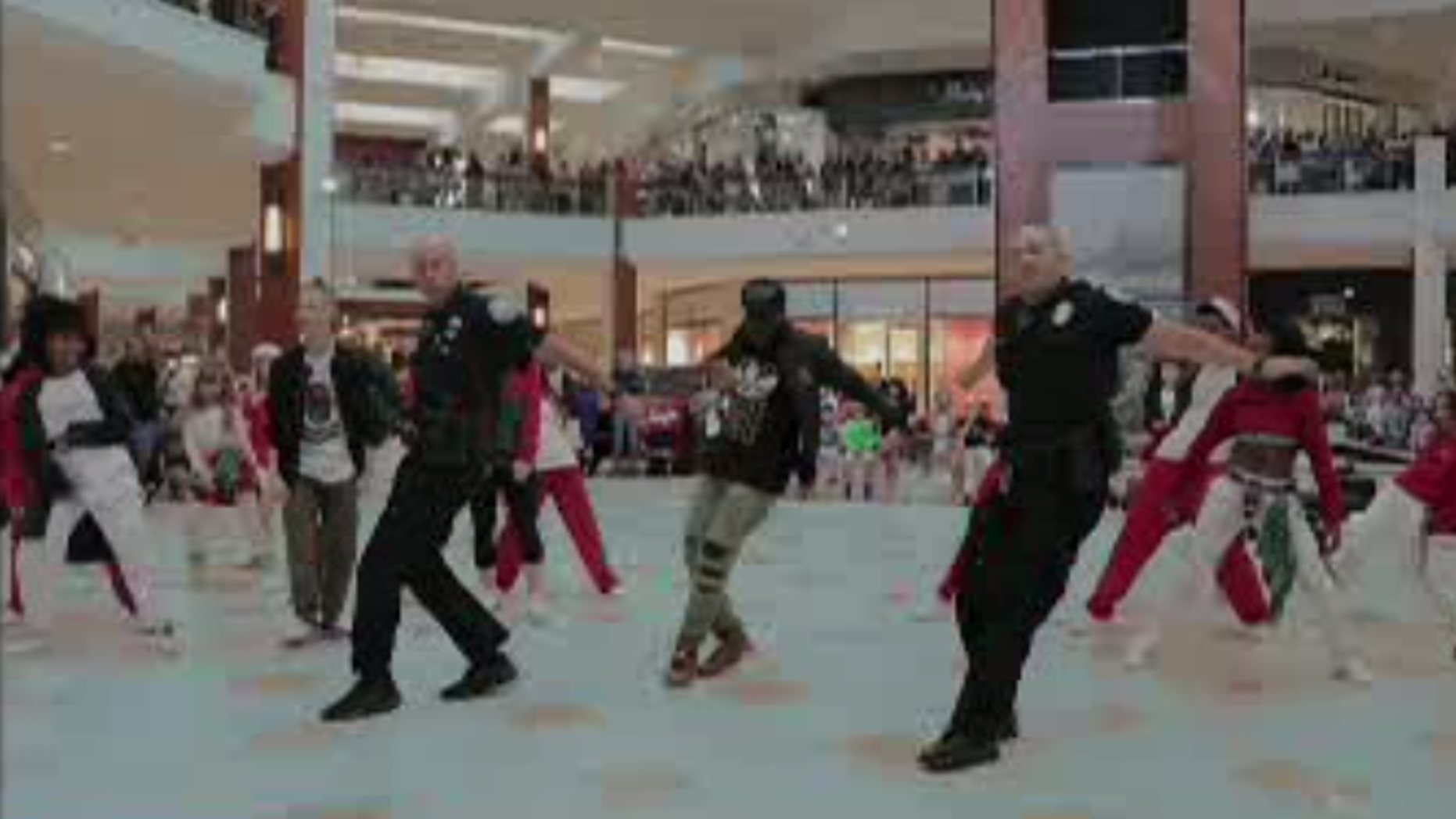 Two officers from the Aventura Police Department busted a move with a flash mob at a mall in Florida.
(Aventura Mall)

Two Florida police officers who appeared to be breaking up a flash mob in a mall surprised shoppers when they jumped on in the fun.

The officers, with the Aventura Police Department, were captured in a video posted to Twitter last Tuesday walking toward the dancing group at the Aventura Mall in Miami, seemingly shooing away the dancers.

But suddenly, the officers broke out into a choreographed dance not long before the flash mob joined in with them.

"#AventurePolice taking a moment to celebrate the holiday spirit with @AventuraMall shoppers!" the department tweeted.