A Florida man who was riding in the passenger-side seat in a vehicle that was pulled over early Sunday told the officer that the cocaine powder on his nose didn’t belong to him, according to investigators.

Fabricio Jimenez, 20, had been riding in the car that an officer pulled around 4:30 a.m. in suburban Tampa. 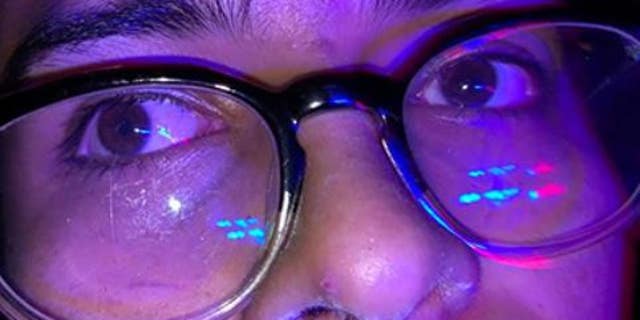 The deputy who pulled over the vehicle that Fabricio Jimenez was riding in said she “immediately noticed (he) had a white powdery substance on his nose.”
(Hillsborough County Sheriff’s Office)

Investigators said the Hillsborough County Sheriff’s Office deputy “immediately noticed Jimenez had a white powdery substance on his nose she recognized to be cocaine."

A swab test by police came back positive for cocaine, officials cited by Fox 13 News said. Deputies said they found a small bag of cocaine on Jimenez and 250 grams of marijuana and 13 Xanax pills in the car.

Jimenez was arrested on drug charges, police said. He also faces probation violation charges stemming from a conviction last year for cocaine and marijuana charges, according to the Smoking Gun.