In December 1998, Islamic militants kidnapped 16 members of a tour group in Yemen. A rescue raid by Yemeni security forces culminated in the death of four hostages, including Australian Andrew Thirsk. Thirsk's bravery, and that of fellow Australian Catherine Spence, is remembered in this piece.

The Australian survivor of the Yemen hostage drama has emerged as the selfless heroine of the ordeal – described by her fellow captives as "a great example of Australian courage". 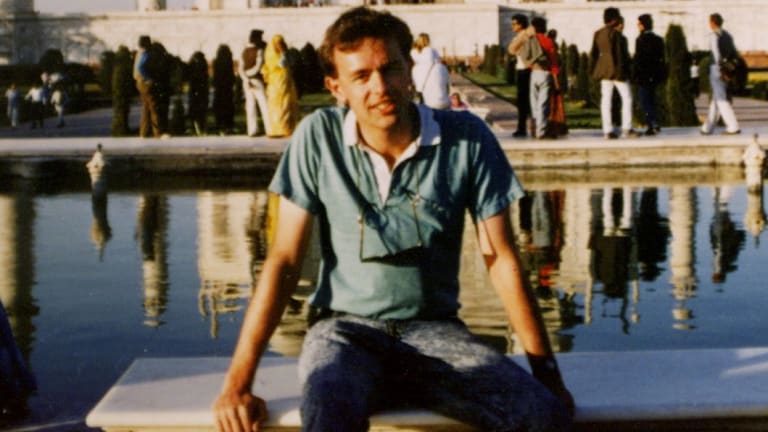 Although Sydney computer expert Catherine Spence, 33, declined to talk to reporters after her arrival in London last night, three of her British companions praised her bravery and presence of mind under fire and told how she was the first to help the wounded.

And, they said, the Sydney accountant who was killed died a hero who betrayed no fear as he was selected by the kidnappers to be part of the human shield. 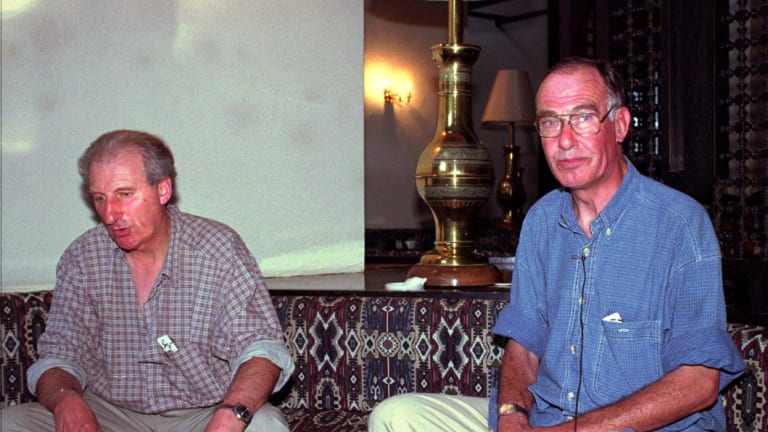 Eric Firkins and Brian Smith, two of the captives.Credit:AO

Four of the tourists – Australian Andrew Thirsk, 35, and three Britons – were killed on Tuesday as Yemeni security forces raided the hideout of Islamic militants holding the 16-member tour group hostage.

Ms Spence as well as Mr Thirsk, it was revealed, had been used as part of a human barricade by their kidnappers in a bid to fend off Yemeni security forces engaged in a rescue effort that has prompted angry questions from the British and Australian governments.

British hostage Brian Smith said Ms Spence had been marched away at gunpoint as the fighting peaked. "At the height of the battle when things got very intense, very nasty, one of our abductors grabbed hold of her and stuck a semi-automatic in her back and made her walk forward," Mr Smith said.

"She managed to push him away and fall down in a sort of heap in front of us and I thought that was good evasive action because she would avoid any bullets that were coming over. She remained like that until the conflict had passed and the soldiers had come to rescue us. 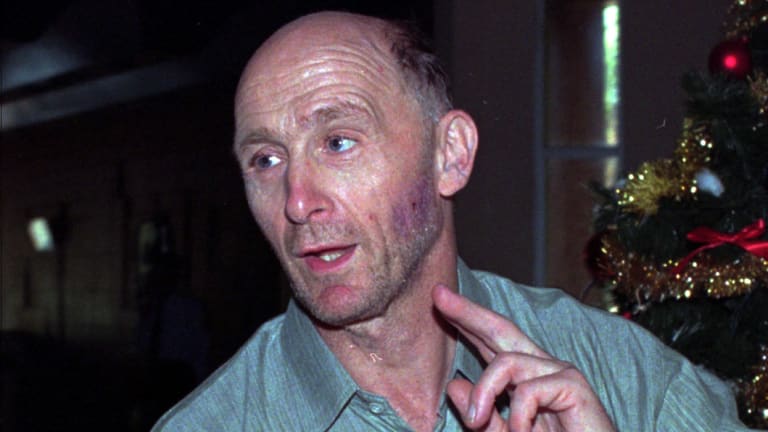 "She was very, very, very frightened indeed but showed no panic, which was much to her credit and I think that like the rest of them she was very, very courageous indeed. She was a great example of Australian courage," Mr Smith said.

"When she was down on the ground, the terrorist who was in front of her deliberately fired two bullets one on either side of her, within a foot of where she was lying. And then when the soldiers started to advance – despite all of that – she had the presence of mind to get up and clamber back over the bank, landing beside me. When it was all over, she was the first to get up and tend to the people who were injured," Ms Mattocks said.

"Before any of the rest of us really took in what happened, she was there comforting the two people who were there lying and crying out calling for doctors." Another hostage, David Holmes, who had been Mr Thirsk's roommate on the tour, told how the man he knew as "fine, upstanding" and universally popular, had faced his fate with courage. 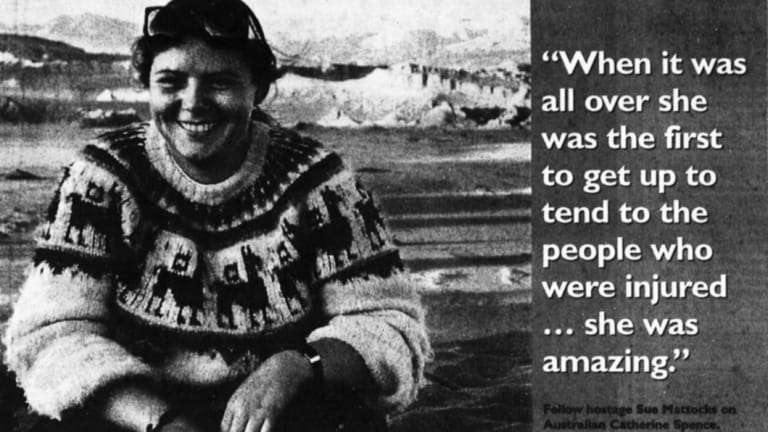 "Because of his physical strength and ability he was apparently asked to take part in the original positions when five of us were placed in front of the guns with our hands held high," Mr Holmes said.

"Andrew was in the front, showing no fear.

"And when later on we moved on to a level position, when the bandits started to withdraw and we were again told to stand in front of the guns, again there was no fear whatsoever. And when he was shot twice, again the same, a great courage. Of the whole group there was no one who flinched. We were all incredibly calm … and especially Andrew."

Mr Holmes said he had been prostrate on the ground when he heard someone cry, "Andrew has been shot", and then saw British hostage Margaret Whitehouse helping him. "I was only a yard away from him and Margaret when they died.

"Further shots were fired and both received injuries. Margaret was killed outright and Andrew was, I would say, on the point of death."

Mr Smith described Ms Spence as a much-loved member of the group that had been halfway through its 14-day tour when they were captured. David Nott, the tour leader with travel company Explore Worldwide, who managed to escape and make a dash for help, said that after the ordeal was over and the surviving hostages were safe, Ms Spence fell into his arms. "She said, `I need a hug'. There was a fair bit of that. But she didn't cry."

Some of the hostages said their captors had been friendly towards them until the soldiers arrived. Then some of hostages were forced to stand in front of the rebels' barricades. As the soldiers gained the upper hand, the rebels panicked and a full-scale battle broke out. — WITH AGENCIES