A teenage fisherman has helped solve a 78-year-old old mystery about the fate of three American pilots whose fighter planes disappeared over the North Sea in the Second World War.

Alex Wightman, 16, was fishing for Dover sole when his nets trawled up part of the cockpit of an aircraft and a section of its instrument panel.

Historians believe the wreckage is from one of three P-47 Thunderbolt aircraft which vanished in thick cloud over the East Anglia coast in 1944.

It was assumed that the fighters had accidentally collided while in close formation and plunged into the sea.

But there were no witnesses to pinpoint where the planes had crashed and no wreckage or bodies were ever recovered, leading to the pilots – Donald Funcheon, Claude Mussey, and Dale Stream – being listed as missing in action.

Mr Wightman, who is an apprentice for his family fishing business, discovered the remains of one of the aircraft around three miles off Dunwich, Suffolk. 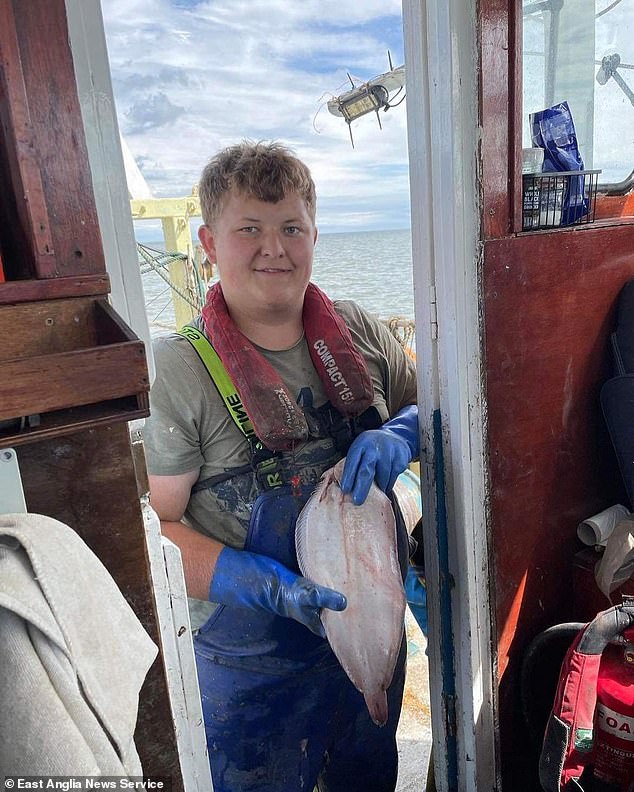 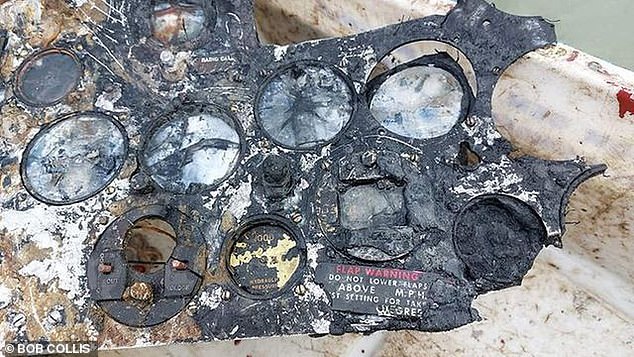 The 16-year-old was fishing for Dover sole off the coast of Dunwich, Suffolk, when his nets trawled up part of the cockpit of an aircraft and a section of its instrument panel. Historians believe the wreckage is from one of three P-47 Thunderbolt aircraft which vanished in thick cloud over the East Anglia coast in 1944

Produced between 1941 and 1945, the Thunderbolt was used primarily by the US Air Force, the French Air Force and the RAF.

More than 15,600 of the aircraft were manufactured in this time and it served in every theatre of the war.

Each plane was fitted with eight .50 calibre machine guns, and the pilot was protected by an armour plated cabin.

It was heavily armed, boasting eight wing-mounted 0.50-inch machine guns and up to ten five-inch rockets beneath its wings.

The plane also had a well-armoured cockpit, whilst its engine was remarkably resistant to battle damage.

The plane played an important part in the Allied invasion of Normandy in 1944.

It was the most important US figher in Europe, outnumbering the P-38 Lightning and P-51 Mustang combined.

The teenager realised there was something heavy in his nets and was amazed to see that he had hauled up pieces of wreckage on September 9.

He said: ‘Me and my skipper Jeffery Melton were out when the net tightened. It was weird because we felt something snagging the net.

‘We could see the lump on the sonar and just wondered what it was because it was heavy. I couldn’t believe it when we got the nets in the boat and found the remains.

‘That part of the sea is about 19 metres deep. It makes me wonder what else could be down there as this is one of the main flight paths for Second World War aircraft.

‘The lump on the sonar shows there must be even more down there.’

Mr Wightman believed he could even smell aviation fuel on the twisted metal wreckage when he cleaned it up and examined it on the deck of his family’s boat Georgie Girl.

He said: ‘We could still smell the petrol when we got the parts on the boat.

‘Our first thought was to speak with historians and give our findings to a museum.’

Mr Wightman posted pictures of his find on Facebook which alerted local aviation historian Bob Collis and John Soanes from the Port of Lowestoft Research Society.

The pair realised the wreckage was from the cockpit of a P-47 Thunderbolt and contacted the Halesworth Aviation Museum, which is on the site of the former air base where three squadrons of the fighters were based from July 1943 to April 1944.

Richard Pymar, the museum’s secretary and founder, realised the wreckage had been found in the area where the three planes from had collided.

He said he was certain it was from one of three planes from the 61st Fighter Squadron of the USAAF’s 56 Fighter Group which were on a mission to escort B-17 Flying Fortress or Liberator bombers on a bombing mission to Berlin on March 22, 1944.

Mr Pymar said: ‘The records clearly show that there were only three Thunderbolts lost in that area and they were all lost on the same day.

‘We have an account from another pilot on the same mission who says they were all flying in close formation at 5,000ft over the coast when they went into thick cloud.

‘When the pilot flew out of the cloud, his three Squadron colleagues who had been on his left were not there any more.

‘It was assumed that they had collided and the pilots were listed as missing on the memorial at the American war cemetery in Madingley near Cambridge.

‘Mid-air collisions between friendly aircraft were commonplace, but they normally involved two aircraft at a time. It was very unusual for three to collide. 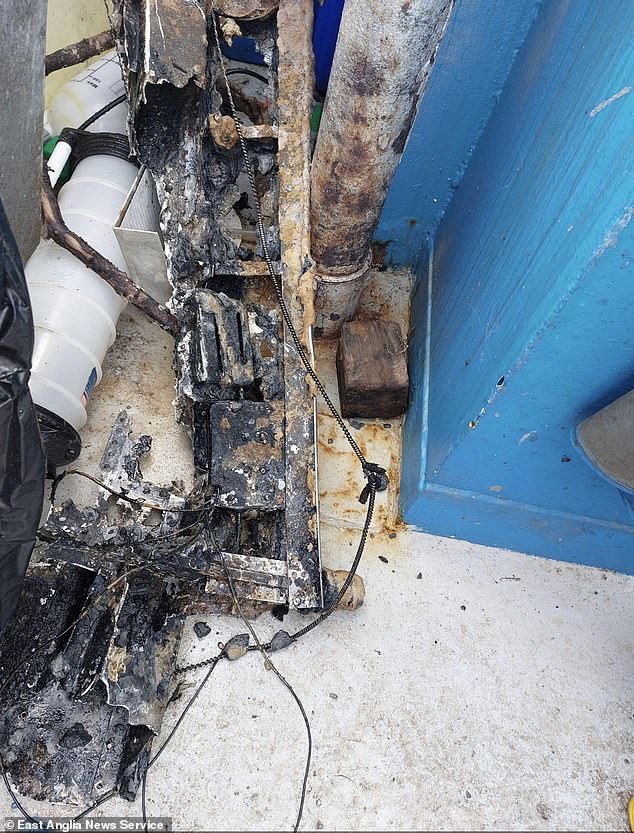 The wreckage including the left hand section of the instrument panel is now on display, along with other wartime artefacts at the Halesworth Aviation Museum 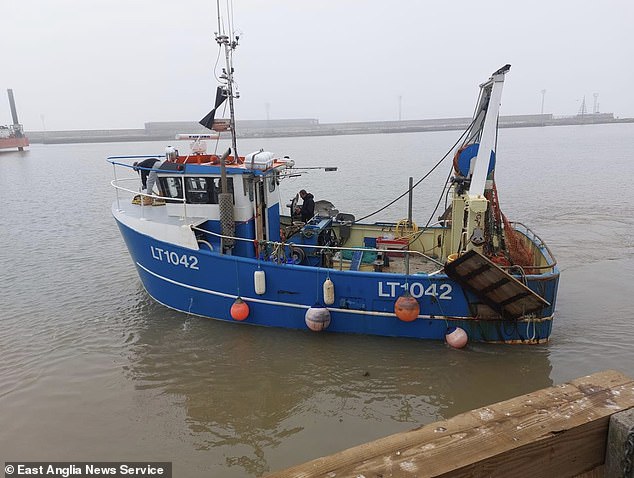 ‘But they had to fly in close formation to keep in touch with each other because they could lose each other quite easily.

‘This wreckage is clearly from one of the aircraft which came down on that awful day, but we don’t know which one. We are carrying out further investigations to see if we can find out which plane it is.

‘It is quite sobering to look at the instrument panel and realise that a young man, probably aged about 20, was staring at it as he battled to save his life.

‘We are delighted that it has been found after all these years, and that it helps provide some hard evidence about what happened on that terrible day in 1944.’

The wreckage including the left hand section of the instrument panel is now on display, along with other wartime artefacts at the Halesworth Aviation Museum.

Mr Pymar added: ‘Even if the pilots didn’t make it back, at least part of one of the planes has come back to Halesworth. To have this back is just amazing really.

‘The banking dial on the instrument panel actually still works because it has a little spirit level which is still intact.’