This is the moment a terrace home was set ablaze by what a ‘firebomb’ on a residential street.

Footage captures the moment the Maindenhead property in Berkshire went up in flames, with what appeared to be a firebomb sending licks of fire up the external walls.

Seconds before the firebomb explodes a man can be seen standing behind a car on the road, shouting across the quiet street.

Screaming at the home from the drivers side of the car, he furiously shouts for someone inside to come out onto the road. 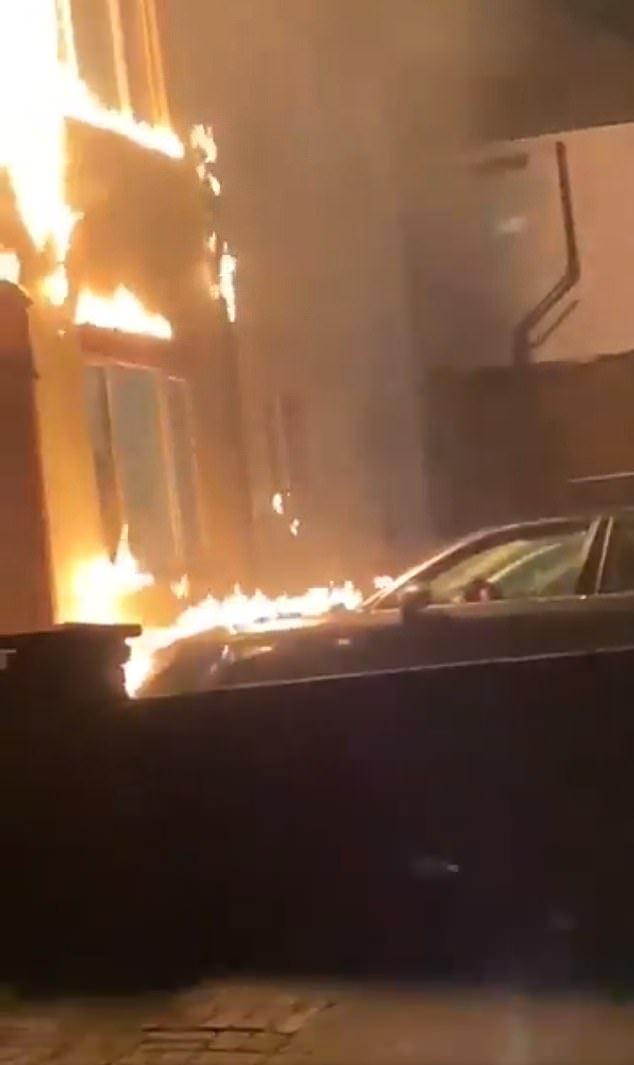 Footage posted on social media captures the moment the property went up in flames, with the firebomb sending licks of fire up the external walls 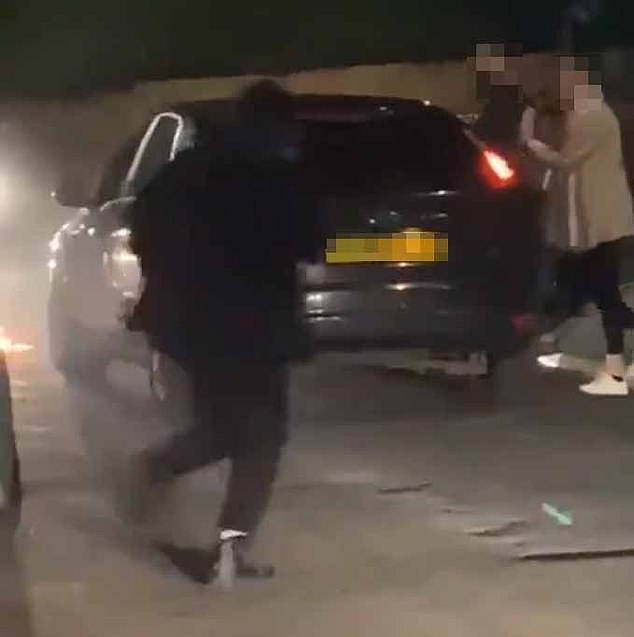 The clip shows a man shouting at the house before the firebomb explodes, calling for the ‘occupant to come out’

‘Come out and be a man, come out now!’ he reportedly shouts, before releasing a torrent of swearwords.

The impassioned man then bangs his fist on the top of the car in a further bid to get the attention of those inside the home.

The camera pans down and someone wearing a light coloured coat can be seen running towards the passenger side of the car before trying to usher the screaming man into the car.

But the then fire explodes up the face of the property, filling the street with a warm orange glow. 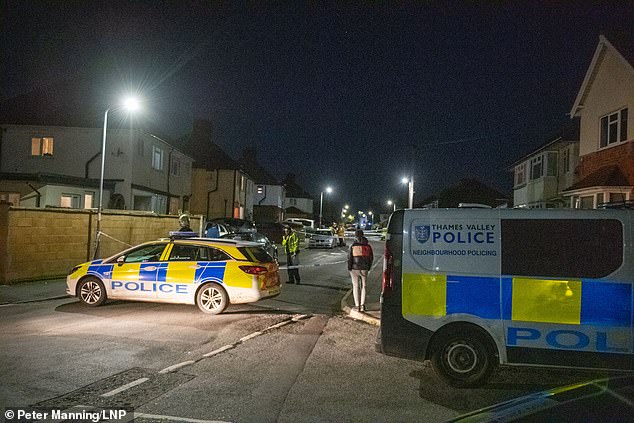 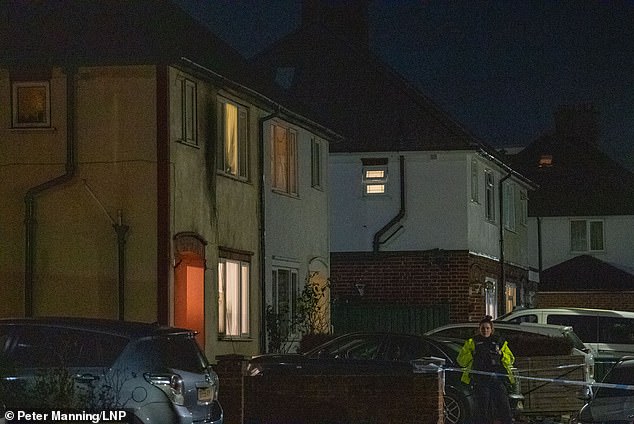 The fire can be seen clinging to the window frames, and also covering the bonnet of a car parked on the home’s driveway.

Shouts and cries fill the night air as people scramble around in front of the flames.

A hooded figure wearing dark clothes can be seen in the foreground, while someone of camera also appears to be calling for help.

The clip ends as the car speeds off down the street. As it flees the scene, the individual in a cream jacket and the hooded figure are left standing alone on the pavement.

The video, captured on a mobile, is understood to have been filmed on Moor Lane in Maidenhead, Berkshire.

It was posted on social media where it has been watched almost 50,000 times.

One social media user reacted in horror, posting: ‘I can’t believe that…how could they do it?’

Another wrote: ‘Just another day in lawless Briton.’

Thames Valley Police attended the incident and have been contacted for comment.