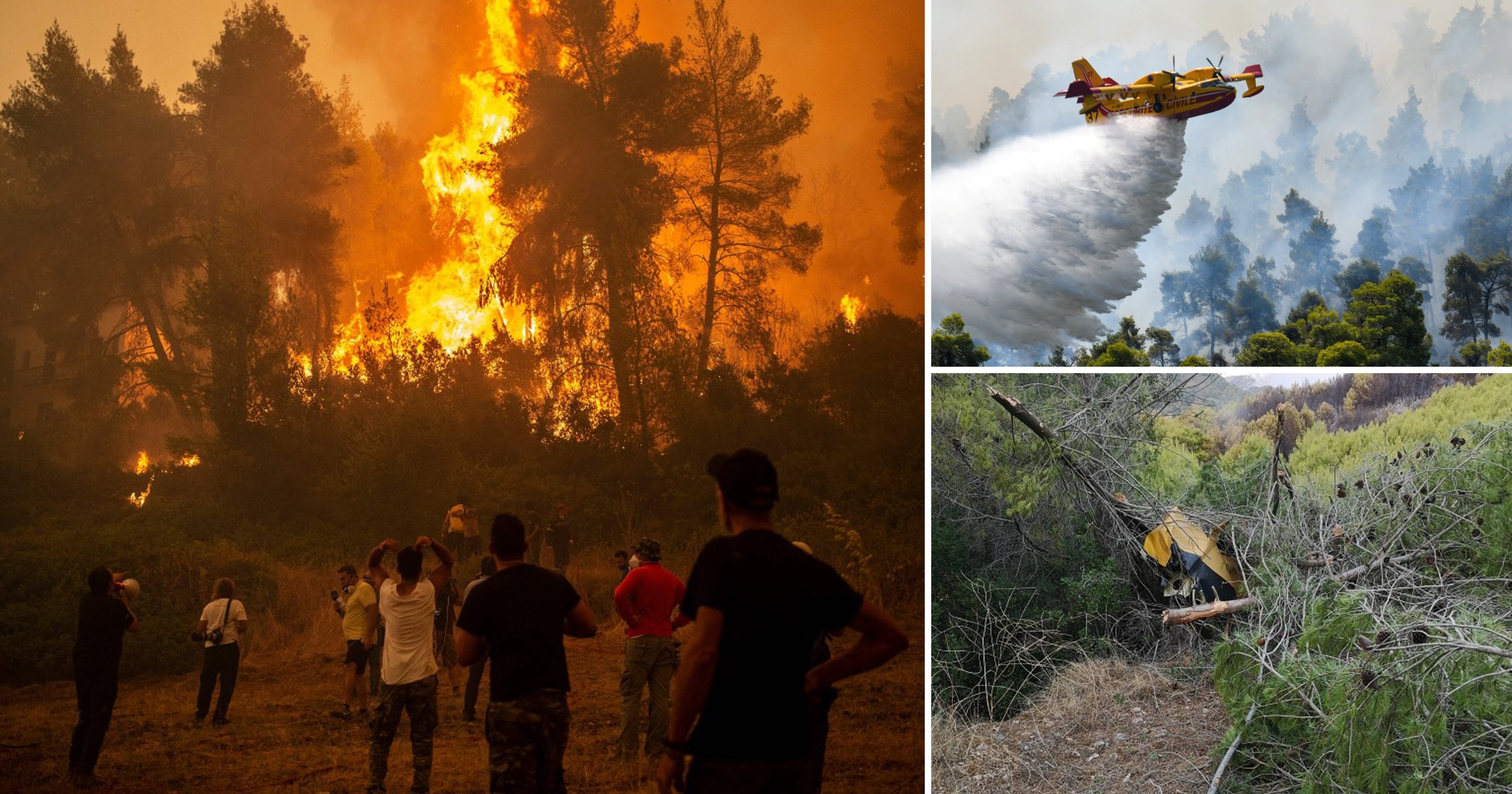 A firefighting plane crash landed on a Greek island on Sunday, as the country battled a sixth day of devastating wildfires.

There were apocalyptic scenes on the island of Evia, near the capital Athens, where thousands of people have had to be evacuated by ferry as smoke blocked out the sun.

The pilot of the plane – which crashed during an emergency landing on Zakynthos – escaped without serious injury.

A police official said the Pezetel aircraft was on its way to a small-scale blaze on the Western island and the cause of the crash was not immediately clear.

It comes as British firefighters were expected to land in Greece on Sunday to help battle the blazes, which have ravaged parts of the country in the worst heatwave in decades.

The 21-strong British team was put together within 24 hours of the initial request by Home Secretary Priti Patel, who visited Greece this week.

Greek firefighters and desperate locals are continuing to battle the flames on Evia, which have charred vast areas of pine forest and forced hundreds of people to flee their homes.

The heat from the fires there have been so intense that ‘the water from the hoses and the water-dropping aircraft was evaporating’ before reaching the blazes, one fire service official told the Eleftheros Typos newspaper.

Strong winds were pushing one of the two main fire fronts on the island towards beach villages.

Greece and Turkey have been battling devastating fires for nearly two weeks as the region battles extreme heat, which experts have linked to climate change.

So far, the fires have killed two people in Greece and eight in neighbouring Turkey, with dozens more hospitalised.

While rain brought some respite from the blazes in Turkey over the weekend, Greece continues to endure soaring temperatures.

But there was better new in a northern suburb of Athens, were flames have now subsided, he added.

‘The situation in Attica (which encompasses Athens) is better but we are afraid of the danger of flare-ups,’ Mr Hardalias said.

On Evia, infernos have destroyed homes and reduced thousands of hectares of land to ash.

Authorities have continued to evacuate residents, with another 349 people taken to safety early on Sunday, the Greek coastguard said.

At the beach of Pefki village, young people struggled across the sand, using chairs to carry mainly elderly and handicapped people on to a ferry.

Some 260 Greek firefighters with 66 vehicles were battling the blazes on Evia, helped by 200 more from Ukraine and Romania with 23 vehicles and air support.

Local officials criticised efforts to control the fires, which erupted on the island on Tuesday.

Giorgos Tsapourniotis, mayor of the Evia town of Mantoudi, told Skai TV on Saturday: ‘I have no more voice left to ask for more aircraft. I can’t stand this situation.’

He said many villages were saved only because young people ignored evacuation orders and stayed on to keep the fires away from their homes. 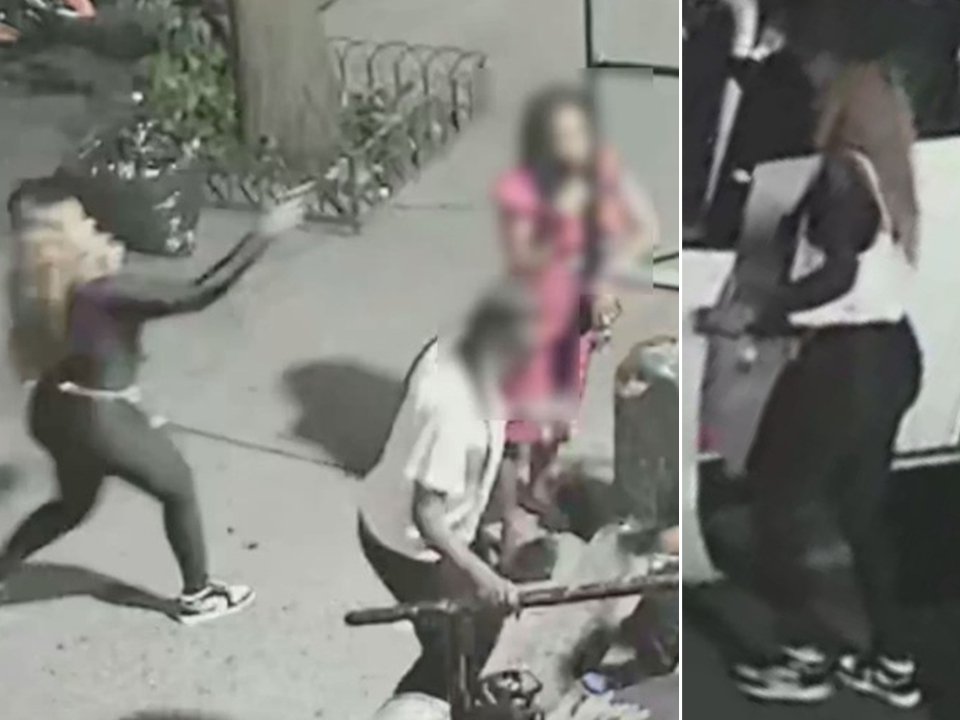 26-year-old villager Yannis Selimi,  from Gouves on the north of the island, said: ‘The state is absent. If people leave, the villages will burn for sure.

‘For the next 40 years we will have no job and in the winter we are going to drown from the floods without the forests that were protecting us.’

Addressing the criticism on Sunday, Mr Hardalias said that smoke carried by the wind had hampered visibility for firefighting aircraft.

France and Spain and among the other countries to have answered Greece’s appeal for help, and on Sunday, Serbia announced it was sending 13 vehicles with 37 firefighters and three firefighting helicopters.

Police said on Sunday they had arrested 10 people for arson, among them three young men in Pireaus, aged between 16 and 21, for attempting to start a fire in nearby Perama.

Get in touch with our news team by emailing us at [email protected].