A FILTHY flytipper has dumped a caravan filled with POO in a posh village – prompting a council to offer a £100 reward to catch him.

The brazen flytipper left the caravan full of faeces just yards from a primary school in Arborfield, Berks. 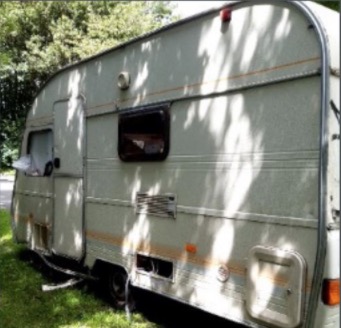 Town hall officials went to investigate the dumped van – and found it was full of poo and rubbish.

They are now calling on locals to tip them off as they try to trace the owner of the sordid vehicle.

The council are offering £100 vouchers to people – if they can help them crack the investigation.

A Wokingham Borough Council spokesperson said: “An unhappy camper caused a stink in Arborfield when they decided to dump this caravan in School Road.

“Our team discovered that the caravan was full of rubbish and poo.

“Do you recognise this caravan?

“If you do, you can report it on our website. All information will be treated in confidence.

“If the information you provide results in a successful prosecution you will receive a gift card to the value of £100.”

“Fly tipping is a crime, we will find you.” 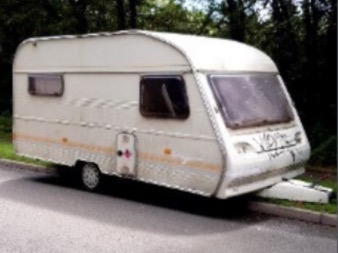 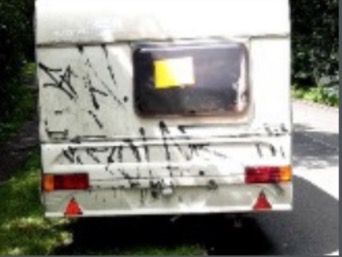 Henry Rawlinson said: “DNA can be got from poo.

“Some consider such tests to find owners leaving dog-mess. Not much of a fun avenue to progress here though.”

Gordon Moss said: “Is the gift voucher to spend on council tax?”

Rhys Lloyd added: “Saw this on my way to work at half five this morning. Why couldn't the owner just take it to the scrap yard?”

Earlier this week, a mum was woken at 2am by a stranger who broke into her house to use the toilet to do a poo.

Kirsty MacDonald, 36, heard the sound of her loo flushing before a man ran down her stairs and out of her unlocked front door.

Hairdresser Kirsty found all her valuables in place, meaning she had not been burgled. But after being hit by a foul stench she realised the intruder had done a number two.

Her Ring doorbell footage shows the cap-wearing bandit seconds before his break-in shouting to a pal: “I need a s***.”

He then creeps into the house and farts as he crosses the threshold. Kirsty said she was so disgusted she had to bleach her loo before she could sleep.

But when she called police she claimed they laughed and said no crime had been committed.