WASHINGTON — About an hour after his star turn at the Jan. 6 committee’s first public hearing, a British filmmaker walked into an Irish bar and immediately got recognized.

“You’re that guy,” said a man behind the bar who had just seen Nick Quested testify on television.

The bar is popular with police officers — memorabilia on display includes signed car doors removed from law enforcement patrol vehicles — and the man was grateful for what Quested had done to tell the story of what happened on Jan. 6.

Speaking to NBC News following his testimony Thursday night, Quested called his appearance “the most nerve-wracking experience of my career.”

“You feel the power of Congress. It’s obvious, it’s serious, and it’s important,” he said. “It was a privilege to testify in this way, and I think it’s important that they find the truth.”

Just around the corner, Quested had shot a video that led to his appearance before the House committee investigating the Capitol riot. He followed former Proud Boys leader Enrique Tarrio and members of the organization before and on Jan. 6, and his film has become central to both the panel’s investigation and the Justice Department’s sprawling probe of the Capitol siege.

The documentarian captured footage of Tarrio meeting with Oath Keepers founder Stewart Rhodes in an underground garage the night before Jan. 6, as well as footage of Proud Boys on the front lines of the Capitol attack. 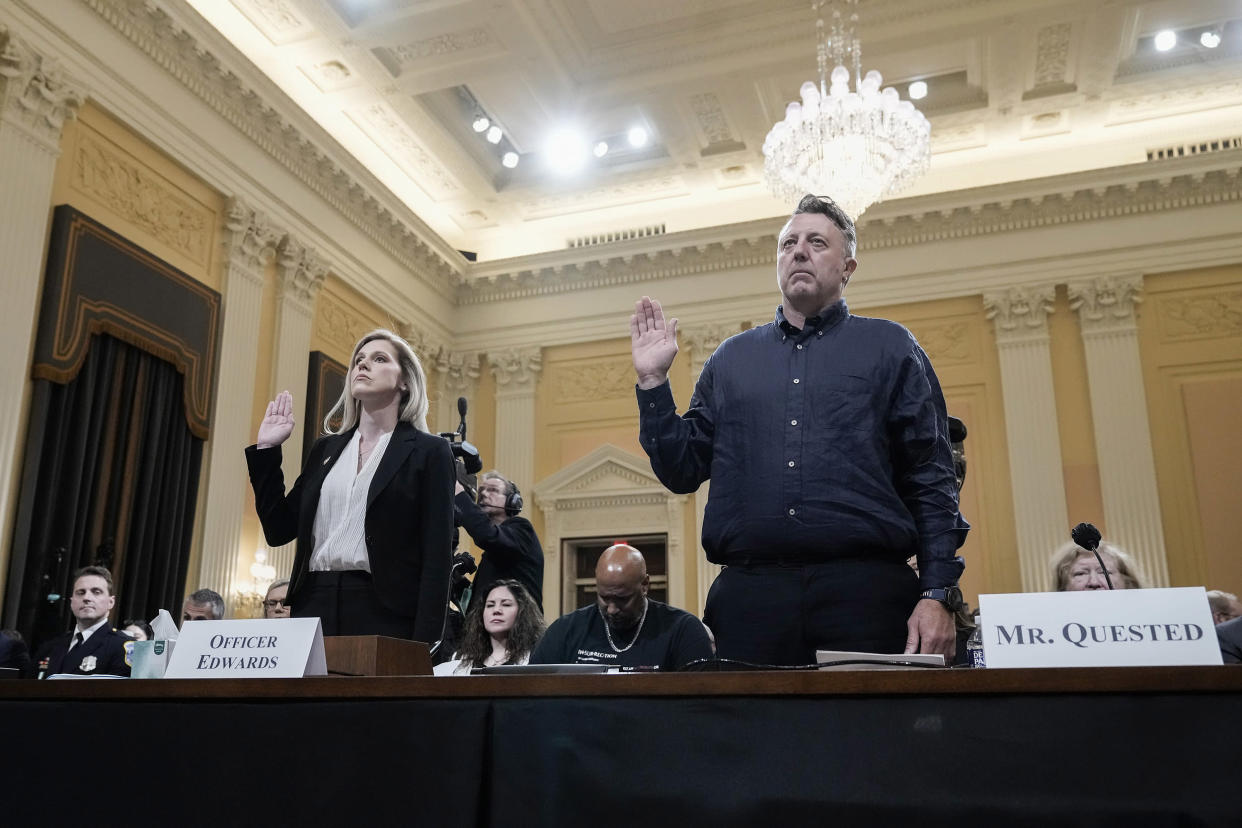 Quested — an Emmy Award-winning filmmaker who directed a number of music videos (including Trick Daddy’s 2001 hit “Take It to da House”) before moving into the documentary space — recounted how he was able to build a rapport with the Proud Boys despite strong disagreements with his subjects.

“Look, I am a funny guy. I tell jokes,” Quested said. “I’m always joking and probing and finding commonality. It’s like my way of being extraverted. I always got upset at my friends who could go and talk to girls in bars, because I couldn’t do it. But I can go talk to militias and guys!”

He said on MSNBC on Friday that he didn’t realize there was a plan to storm the Capitol even as he watched them marching around the building. It wasn’t until the barriers were breached that he realized what was happening, he said.

While the Proud Boys “certainly showed no interest” in then-President Donald Trump’s rally near the White House, Quested said he “hadn’t really envisioned there was anything more sinister at the time.”

The attack “could have been much worse” if police hadn’t been able to intercept rioters before they reached senators and members of the House, Quested said.

“The crowd was so agitated, I couldn’t imagine what would have happened if they’d actually been in the same room with [members of Congress] at the same time,” he said.

Quested told MSNBC he thought the committee’s video presentation had created an “erudite and concise road map” of what happened during the violent attack and the case the committee is building over the seven public hearings.

“I’m excited to see them lay out their argument in a fact-based way,” he said.