Rail strike could cause blackouts: Fears over freight supplies to power stations and supermarkets if unions vote for industrial action

At least four in five services could be cancelled if RMT chiefs win support on Wednesday for summer walkouts.

Ministers have been told the lights could go out in some areas if the strikes last more than a couple of days. Tesco and Puma Energy, which supplies garage forecourts, have raised concerns about the impact that strikes could have on their supply lines. 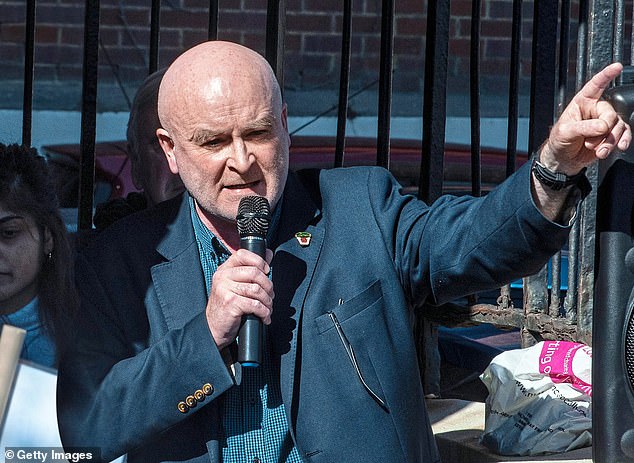 In response, rail chiefs are drawing up emergency plans to prioritise freight trains on some routes in a bid to keep the lights on and the country moving. They fear that only enough signallers will remain working to allow 20 per cent of trains to run.

‘It’s the freight flows which are of most concern,’ said a well-placed source.

‘Most of the freight companies tell us they can cope with one or two days of industrial action in one go. But if you get consecutive days of action, then there could be very significant disruption.’

They said the Drax power station in North Yorkshire, which services millions of homes, could stockpile supplies sufficient only for two or three days. ‘It’s potentially very disruptive if it goes on for three to four consecutive days,’ the insider added.

‘At best we can cover about 20 per cent of the work with back-up signallers.’

The RMT, whose leaders have been branded ‘Putin apologists’ over apparent pro-Russian sympathies, has balloted around 40,000 members on strike action with results to be announced on Wednesday.

The dispute is over pay and the 2,500 job losses proposed by Network Rail that the union claims would compromise safety. Historically the RMT has tended to stage isolated 24-hour walkouts but in 2016 a three-day strike left millions of commuters in the lurch.

Ministers are being urged to offer a small pay increase in a bid to get the RMT around the negotiating table.

Rail bosses are understood to favour an increase of less than half of what union barons are demanding, which is a pay rise in line with the RPI rate of inflation – cur – rently 11.1 per cent. 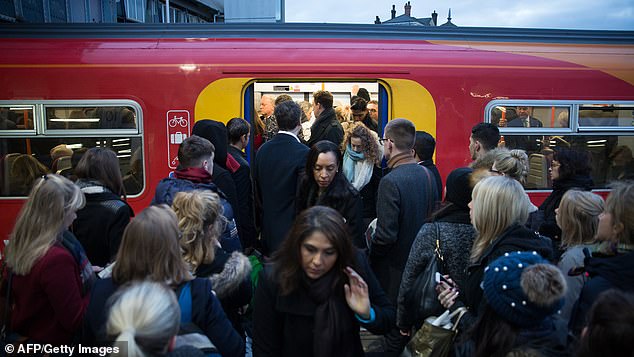 Historically, the RMT has tended to stage isolated 24-hour walkouts but in 2016 a three-day strike left millions of commuters in the lurch

Ministers argue that rail workers have enjoyed pay rises above those of nurses, teachers, firefighters and police officers.

They say the industry should be making cutbacks because passenger numbers have returned only to three quarters of pre-pandemic levels.

Taxpayers have already propped up the railways to the tune of more than £16billion since March 2020.

Insiders say union claims that Network Rail job losses would make the railways less safe are ‘utterly absurd’ and that the industry simply wants to modernise maintenance practices to bring it into line with the aviation sector, one of the safest in the country.

Some engineering works currently involve three teams, but this could be slimmed down to one if they were multiskilled – an option the RMT is resisting. Downing Street warned today that the threatened strikes could ‘exacerbate’ problems with the cost of living and disrupt the lives of millions.

The Prime Minister’s spokesman said: ‘Any kind of disruption of this sort can have an impact on people’s lives and their ability to get to work.

‘That would be deeply unfair when families are struggling with some of these global challenges people are facing. The unions should talk to the Government before causing irreparable damage.’

But RMT boss Mick Lynch warned: ‘Until ministers heed our very real concerns over pay, safety and jobs, our members have the democratic right to take industrial action.’ 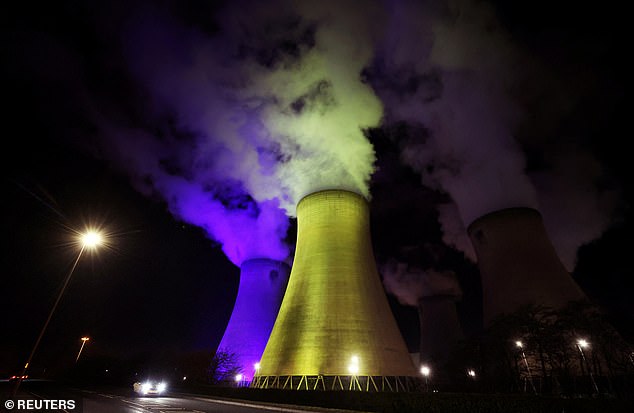 The Drax power station in North Yorkshire (pictured) which services millions of homes, could stockpile supplies sufficient only for two or three days. ‘It’s potentially very disruptive if it goes on for three to four consecutive days,’ an insider said

Countrywide walkouts on the railways could begin as early as next month.

The TSSA union is also involved in the dispute and is poised to ballot 20,000 members. Its boss, Manuel Cortes, warned earlier this month of a ‘summer of discontent’ that could be the biggest walkout since the 1926 General Strike.

Tonight he said: ‘Our members were hailed as heroes for keeping trains moving during the pandemic, but are now being told “you’ll be losing your job, and by the way you’re not getting a pay increase”. Who in their right minds is going to put up with that if you’ve got the power to do something about it?’

Mick Whelan of train drivers’ union Aslef, which will finish balloting members later in the summer, insisted: ‘If inflation hadn’t gone through the roof for our workers we might not be doing this now.’

The RMT, which has donated more than £250,000 to the Labour Party since 2015, announced more strike action in London today. It said more than 4,000 station staff on the Underground will walk out for 24 hours on June 6, the day after the Platinum Jubilee weekend.

The dispute is over 600 job losses at Underground stations.

Alex Gordon, the hard-Left union’s president, has shared Kremlin propaganda which claimed the mass starvation of Ukrainians under Stalinist rule in the 1930s was a hoax.

His Facebook profile also reveals a fixation with Vladimir Lenin