Following a bitter exchange between the White House chief medical advisor and Paul, an eye doctor, during a Senate hearing, Fauci appeared on CNN saying he worries Paul's rhetoric could land some people in the hospital.

"I don't know what he believes, to be honest with you," Fauci told CNN's Chris Cuomo. "I've been dealing — this is not the first time we've clashed at a Senate hearing."

"You know, there is always — as is always the case — a kernel of truth in what he says about that there is protection to some extent after you get infected, there's no doubt about that," Fauci continued.

"He completely does not take into account the variants," Fauci said of Paul, in reference to a number of strains first seen in Britain and South Africa now making a larger presence in the United States.

The senator and Fauci went at it during a Senate hearing earlier in the day in which Fauci told Paul "you're not hearing what I'm saying about variants." 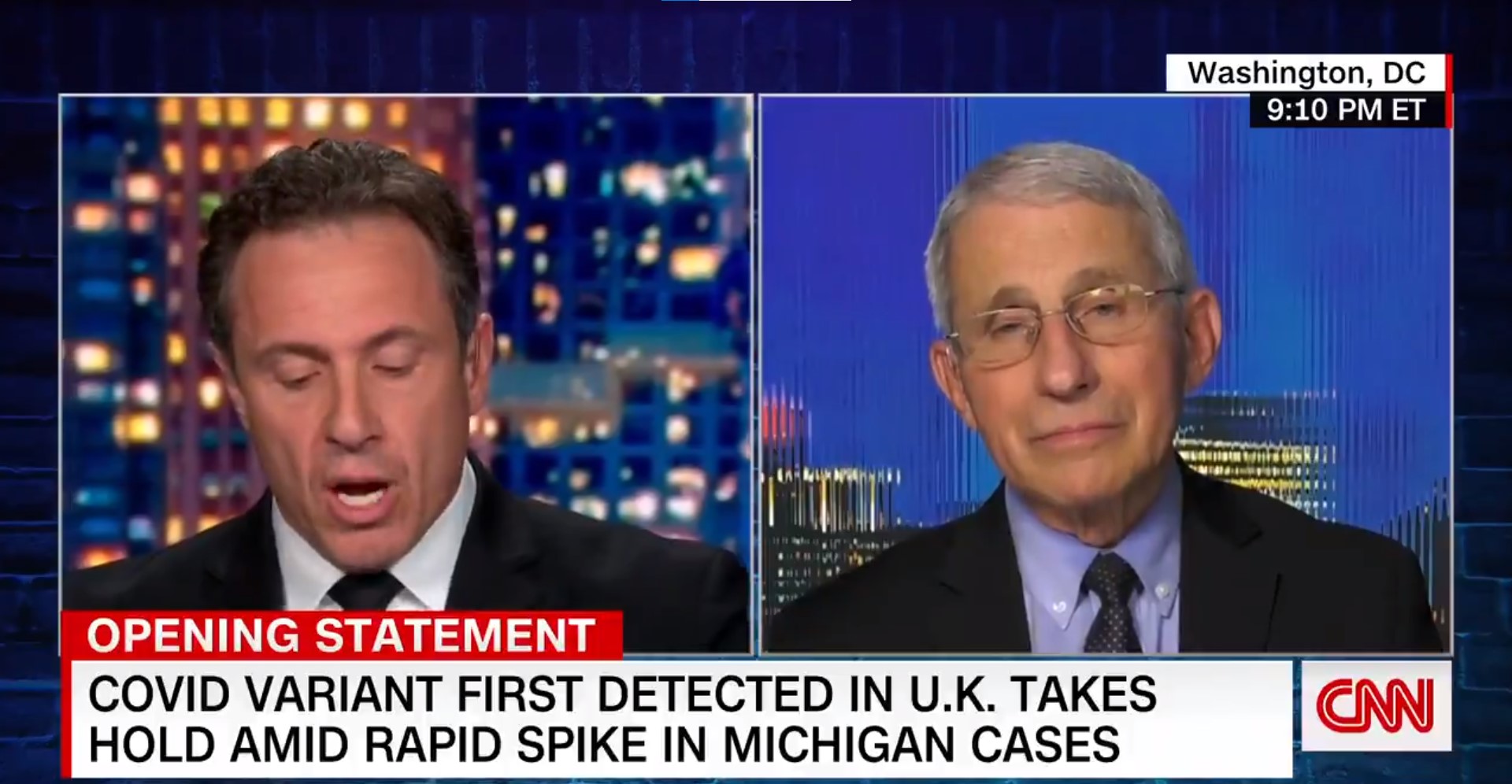 The political back and forth concluded when Paul advocated Americans need not wear masks anymore given the vaccine.

At one point, Paul told Fauci: "You’ve been vaccinated and you parade around in two masks for show."

Fauci responded "can I just state for the record that masks are not theater?"

Fauci on CNN said he was worried someone who could become susceptible to the variants might heed Paul's erroneous advice and fall ill.

"If people hear what he says, and believe it, and you have an elderly person who has been infected, and they decide, well, Rand Paul says, 'Let's not wear a mask,' they won't, " Fauci told Cuomo.

"They could get reinfected again and get into trouble," he added. "So that's the thing that bothers me about that type of an interchange."