‘I feel like I’ve lost them all over again’: Heartbroken father of boy, 13, and girl, 11, brutally murdered at sleepover bravely shares pain he has endured – after ‘truly evil’ killer was jailed for life

The father of two children killed by Damien Bendall has described how he ‘feels like I’ve just lost them all over again’ after their evil murderer was sentenced to five whole life orders.

Bendall, 32, yesterday admitted the rape and murder of Lacey Bennett, 11, as well as killing her brother John Paul Bennett, 13, their mother and his pregnant girlfriend Terri Harris, 35, and 11-year-old Connie Gent in Killamarsh, Derbyshire.

The quadruple killer, who was on a suspended sentence for arson and electronically tagged at the time, has offered no explanation for his heinous crimes on September 18 last year.

In a heartbreaking video shared last night, Lacey and John’s father Jason Bennett bravely opened up on the pain he has endured for the last 15 months. 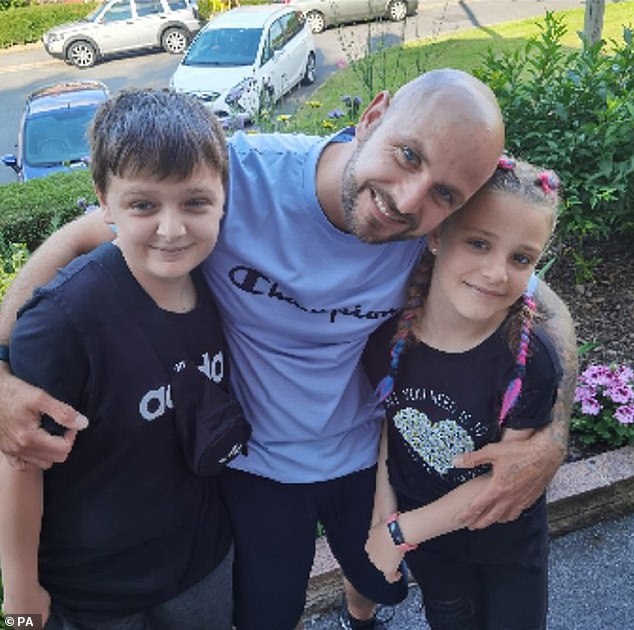 Jason Bennett, (centre) pictured with his two children John Paul Bennett and Lacey, has spoken of his heartbreak 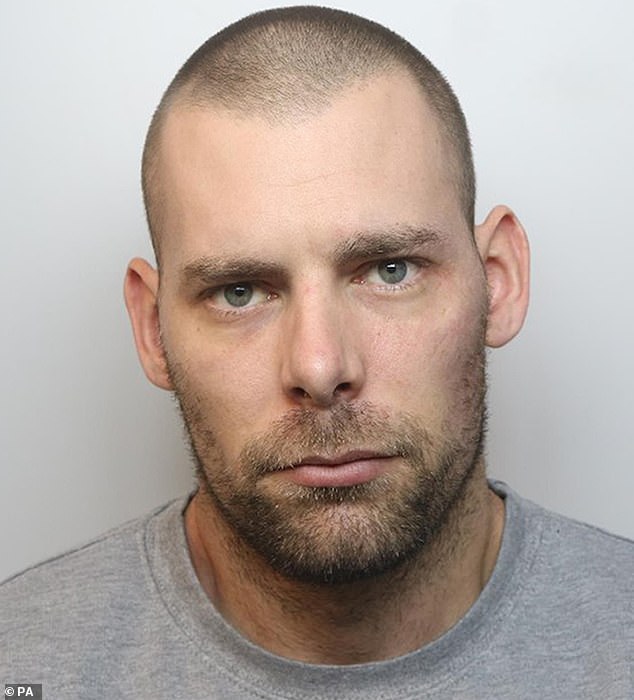 Jason Bennett, the father of John and Lacey, gave a powerful victim impact statement to the court.

It read: ‘This has impacted every aspect of my life, I can’t go to certain places, simple things like I can longer walk down the school clothing aisle in a shop as it brings back too many memories. Occasionally I do become distracted from what has happened, then | realise they are not here and my mind goes back to the trauma of how they died.

‘I am living in a continual nightmare, I have a story in my head of how they died, I live their trauma and feel their pain, it feels like a reoccurring punishment. John and Lacey were innocent. I am angry and sad they have been taken away from me.

‘I will not see them grow up, | will not be given the opportunity to be a grandad. I am angry their life, their future has been taken away from them. I am lost without them and I need them. When I went to the hospital to see them, I promised John and Lacey I would live their life for them.

‘We try to make life normal but it is no longer normal. John and Lacey were beautiful, polite, kind, well-mannered children. John would not hurt a fly, literally, if he saw an insect he would carefully put it outside. He was very trusting and would always see the best in people.

‘On the last day of her life, Lacey was out with her friend Connie Gent raising money for charity. Lacey was kind and caring. We are devastated Connie has died along with them.

It’s like my heart has been shattered into a billion pieces never to be repaired. I’m a shadow of my former self, I am nothing.

‘I can’t kiss them, I can’t tell them I love them and get an answer back, I feel broken that I will never get to hug them, squeeze them tight, I would give anything just to speak with them and say goodnight my beautiful.

He said: ‘What an absolute day, full of so much heartache. Justice was done. It feels like I have just lost them all over again. I have just come to a golf course to talk about it and get it out my system.

‘It is going to be a tough, tough journey. I have got my kids here with me, they’re angels.

‘It is so hard hearing the details. They are details you know, but this time with court, they talk about it and it is more graphic, then it is on the news. Those details about my poor children, I can’t erase that.

‘I hope nobody ever goes through anything slightly close to what this family has and is going through.’

He signs off the video by vowing ‘we will get through this’, before blowing a kiss towards the camera.

It comes after he told Derby Crown Court in a victim impact statement yesterday: ‘The murder of my two children has destroyed me and taken my life away.

‘I can’t kiss them and tell them I love them and now I have nothing to fight for.

‘John and Lacey were innocent and I cannot comprehend why someone would take innocent lives.’

At Derby Crown Court, Justice Nigel Sweeney had no hesitation in handing Bendall the rare punishment this afternoon, which means he will never be released.

Bendall had previously tried to plead guilty to manslaughter by diminished responsibility, but this was refused by prosecutors.

He claimed he could have been suffering Chronic traumatic encephalopathy, but his own lawyer said no tests showed this was the case.

Earlier, prosecutor Louis Mably KC said Bendall was a ‘gangster wannabe’ and boasted about the times he and his family had been in jail.

He has at least three past convictions for robbery, grievous bodily harm and arson.

Bendall already been in jail and had a string of prior convictions including arson, robbery and attempted robbery dating back a decade.

A source from the killer’s hometown said Bendall’s criminal acts were all part of a stated intention to ’emulate’ a ‘bad boy’ relative.

‘He always wanted to be like him [the family member] and always fell short because he [the relative] was far worse’, the source said.

‘He was open about it and would say he wanted to be a bad boy.’

In the dock, the monster showed no emotion as his victims’ families quietly wept.

His defence barrister Miss Vanessa Marshall KC told the court she needed to give a ‘possible explanation’ about his evil actions to the ‘forever shattered families.’

But she failed to explain his motive, declaring: ‘The defendant maintains he has no recollection of perpetrating the notorious offences.’

Ms Marshall claimed that the defendant and Terri were ‘happy together’ and were looking forward to their first planned child together – Bendall’s first and Terri’s third.

She said: ‘They had a good relationship.’

The barrister said that the defendant ’embarked upon ‘frenzied and brutal offending’ in a drug-fuelled rage’ but failed to say what had triggered his horrific actions. 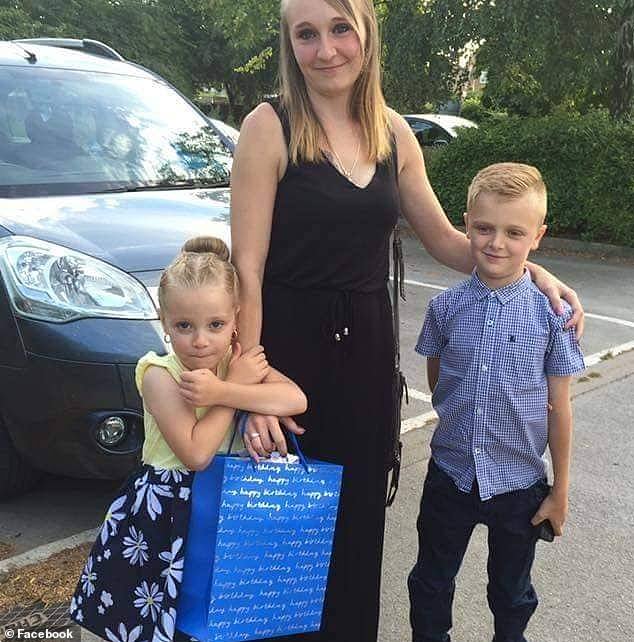 Lacey Bennett, 11, (left), John, 13, (right), and their mother Terri Harris, 35, were murdered by Bendall in the sickening rampage 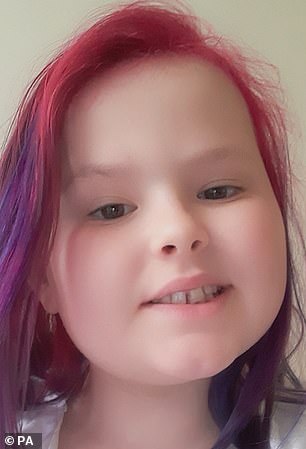 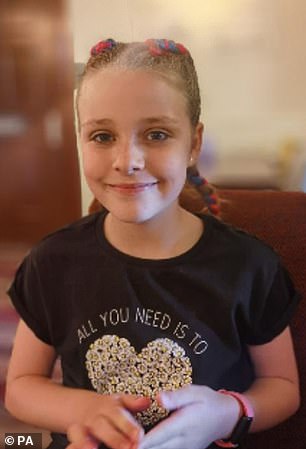 Connie Gent, 11, (left) was at a sleepover at the home in Killamarsh, near Sheffield, when she was murdered with Lacey (right), John and their mother Terri Harris

She said his mind may have been affected because he had taken prescribed medication for his seizure, as well as crack cocaine and alcohol.

She continued: ‘He feels genuine remorse for his actions and the pain and devastation he has caused their families with these terrible events.

‘Every day he has to live with and confront his demons.’

Passing sentence, Judge Sweeney showed little belief in Bendall’s pathetic attempt to explain away the killings by claiming he had a brain injury, something his own lawyer said no tests had proved.

His drug use was also not accepted as a mitigating factor.

The judge told him: ‘You have a significant background of violent offending.

‘In April 2020 you began a relationship with Terri Harris which became abusive and controlling, distancing Terri from her family.

‘On September 18, you carried out a brutal and vicious assault on a defenceless woman and three children.

‘You attacked Lacey downstairs and carried her upstairs where you raped her on the bed where her mother had been killed as her life ebbed away.’

Ms Harris’s parents, Angela Smith and Lawrence Harris, described her as ‘an amazing mum’ who ‘put herself out not just for her family and friends but anyone who needed her help’. 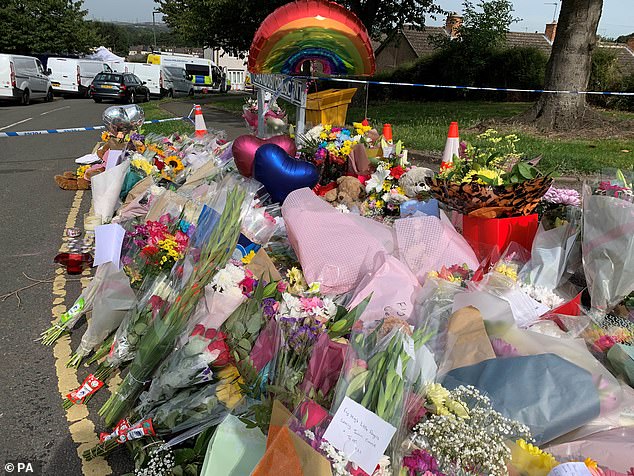 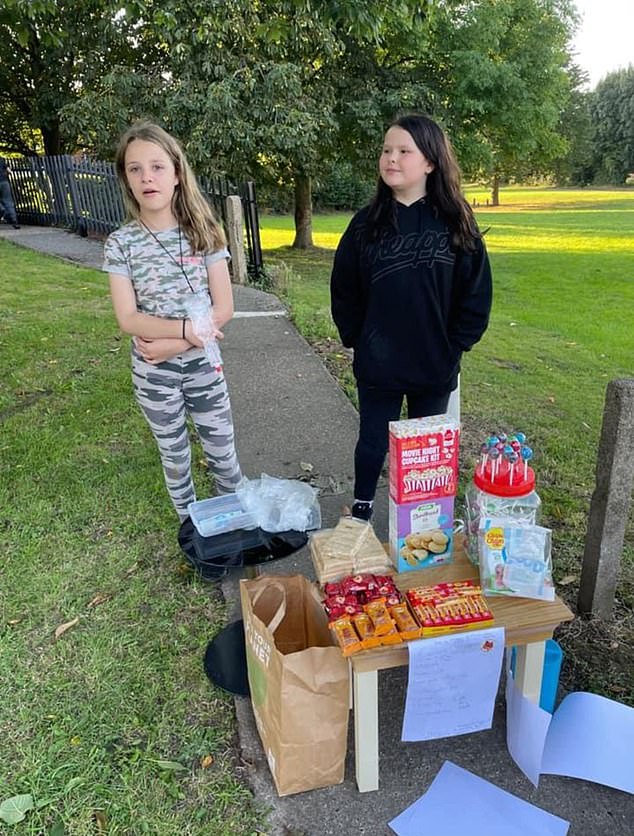 A poignant picture of Lacey Bennett and Connie Gent emerged, showing them raising money to help those less fortunate hours before they were murdered

They added: ‘She absolutely loved her work as a care worker and would go above and beyond for the people she cared for.

‘She will be missed more than any words can ever express, not only by her family but by anyone who had the privilege to have been in her life.’

And Connie’s father, Charles Gent said: ‘The pain is indescribable. I wake up every morning hoping this has all been a terrible nightmare, but it’s not.

‘It’s the unbearable reality that my little girl has gone.

‘Connie was an absolute superstar in every way. She had a gift – if someone was down she could instantly make them feel okay.

‘She lit up every room she went in and meant something to everyone she came across, even in hard times. Connie had the ability to keep everyone smiling.

‘Fly safe my angel. They came for you and left me behind.

‘I could never say goodbye, so I’ll see you soon.

‘I love you more than you can possibly imagine forever and always.’

There are 60 criminals still alive who are serving whole life orders, according to government figures to the end of June. In total, 73 criminals have been sentenced to whole life terms.

Former Metropolitan Police officer Wayne Couzens was handed one for the kidnap, rape and murder of Sarah Everard.

Prisoners serving life sentences will never be considered for release, unless there are exceptional compassionate grounds to warrant it. 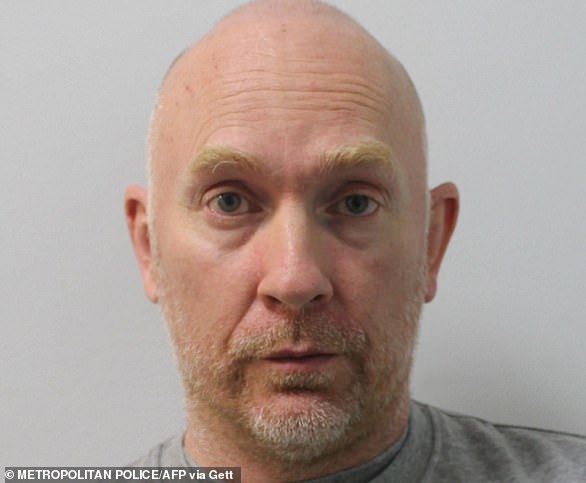 Milly Dowler’s killer Levi Bellfield is thought to be the only criminal in UK legal history to be serving two whole life orders – for her murder, the killings of Marsha McDonnell and Amelie Delagrange as well as the attempted murder of Kate Sheedy.

Other notorious criminals serving whole life orders include Gloucester serial killer Rose West, who is responsible for the deaths of ten women – many of them tortured and murdered with her husband Fred West, now dead, as an accomplice.

Rose West was later transferred to HMP New Hall in West Yorkshire in 2019, as rumours circulated about ill health and death threats.

Myra Hindley, who died aged 60 in 2002, was never released from prison despite her long campaign for parole, which was backed by prominent supporters including Francis, Pakenham, Earl of Longford.

Partner in crime, Ian Brady, spent 19 years in mainstream prisons before he was diagnosed as a psychopath in 1985 and moved to the high security Park Lane Hospital, now Ashworth Hospital, in Maghull, Merseyside.

Brady vowed to starve himself in 2012 and unsuccessfully applied to return to prison. He finally died at Ashworth Hospital in 2017 aged 79, after spending 52 years incarcerated.

Michael Adebolajo, one of Fusilier Lee Rigby’s killers, is also serving a life term without parole. 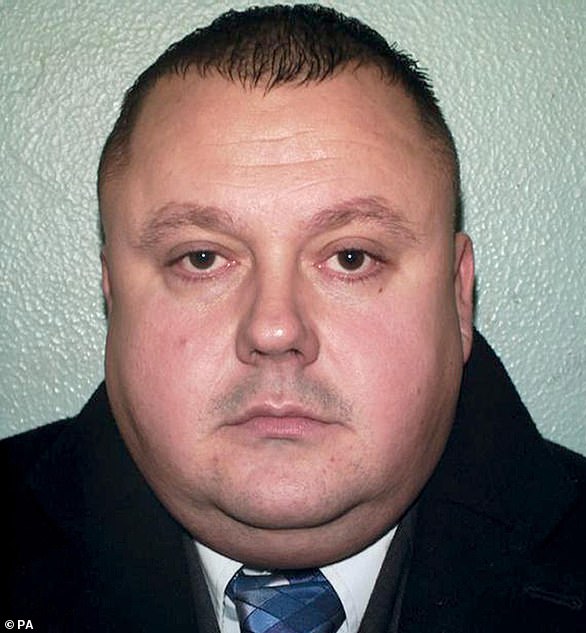 Before they died, Yorkshire Ripper Peter Sutcliffe and doctor Harold Shipman – thought to be one of Britain’s most prolific serial killers – were also among those serving whole life orders.