A family who have been fighting to bring their 24-year-old son’s body home after he died in Vietnam claim he was repeatedly ‘lost’ on route.

Denver Barfield, from Leicester, was killed after he and his friend crashed into a power pole whilst riding on a motorbike in the early hours of May 16.

Denver and fellow Briton Beth Thompson, who was studying a Masters degree at the University of Leicester, died on impact following the crash in the Vietnamese city of Hoi An.

His family said they have received little to no support from the Foreign Office or British Embassy in their fight to bring him back to the UK. 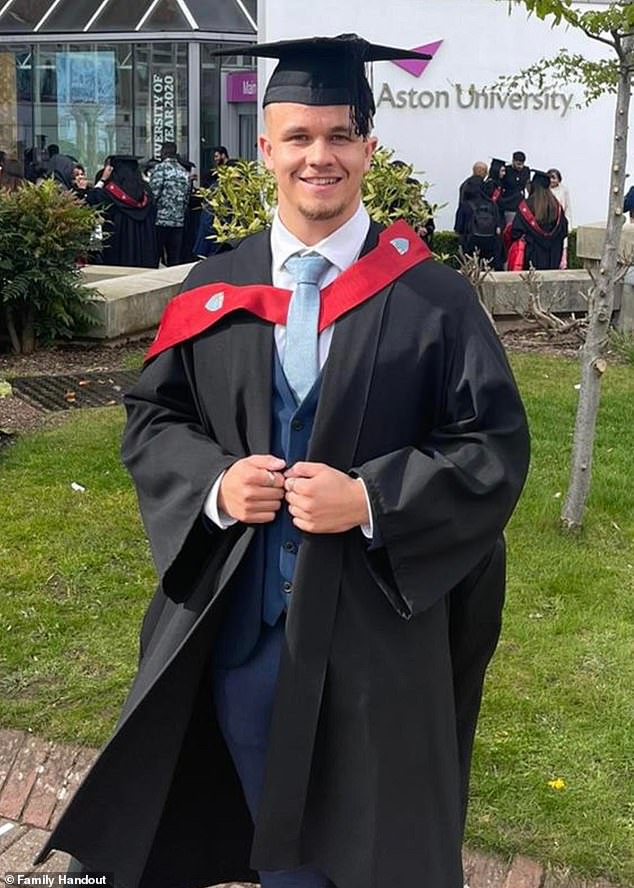 Denver Barfield, from Leicester, was killed after he and his friend crashed into a power pole whilst riding on a motorbike

His mother Debsy Clayton said the family received very few updates after finding out their son had died, and struggled to get the answers they needed.

The 50-year-old said she was initially pestered by a man posing as a coroner in a cruel hoax. He demanded $12,500 (£10,000) to repatriate him and send graphic images of Denver’s body at the crash site to the family.

The heartbroken mother said that the man, who typed in broken English, sent her a stream of messages saying that she needed to pay for her son’s body to be transported back to the UK or risk him being cremated.

The family eventually received a £12,000 bill from a legitimate funeral home to fly Denver home.

But given their previous experience, they were cautious and wanted to double check at the embassy in Vietnam.

Denver’s sister, Charley Clayton, told Sky News:  ‘I spoke to the British police and we were told they did not know where Denver’s body was.

‘The embassy in Vietnam later told us his body was in one place and was safe. But then my mum was then told this was not true, and they did not know where Denver’s body was.’

‘I rang the embassy and one woman told me, ‘You’re going to have to ring back tomorrow and chase this because my shift has just ended”.

Denver’s body was put on a flight, which the family was told would be direct to the UK, on May 27. But the passenger plane had a nine-hour layover in Istanbul. Denver Barfield (pictured), from Leicester, and fellow Briton Beth Thompson, who was studying a Masters degree at the University of Leicester, died on impact following the crash in the Vietnamese city of Hoi An

When Ms Clayton called the local hospital the following day, where the family believed Denver would be bright, they were told they did not know where he was.

They contacted the police and were told it was not a police matter. Charley claims a member of control room staff told her mother to ‘pull herself together’.

Two days after the flight touched down in the UK, the family were informed Denver had arrived at their chosen funeral home, only to find out his paperwork was still missing.

He arrived in the clothes he was wearing at the time of the crash, which the family were told smelled of faeces and bodily fluids – and wrapped in a rug Vietnamese authorities had used to cover him. His expensive designer shoes were missing.

The family were also told he was ‘badly discoloured’ and had not been embalmed.

‘The funeral directors told me they had never seen anything like it with how discoloured he was and the condition he was in,’ Charley said.

She added that she had a panic attack when she went to identify her brother.

‘For me, to walk into that room and to see him, I then knew he wasn’t coming home.’

The family is now awaiting the results of a post-mortem carried out in the UK.

An inquest into his death has also been opened.

The family have criticised the Foreign Office and embassy for their lack of support and said they were ‘totally on [their] own’. 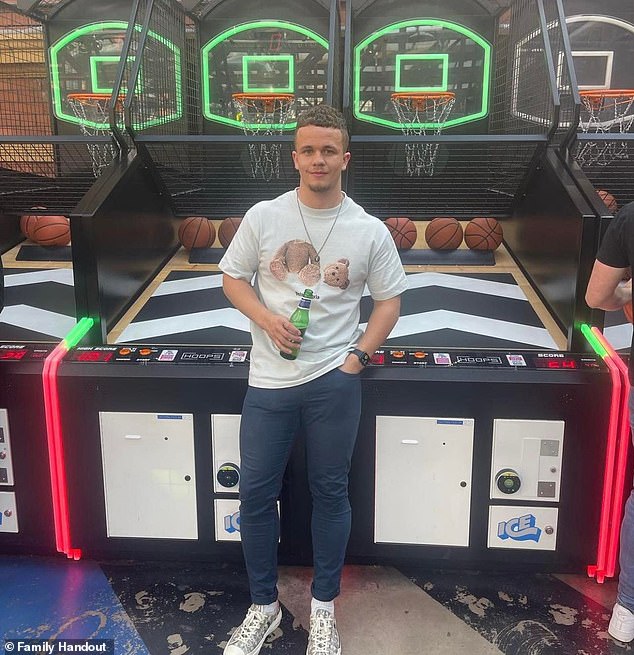 Debsy, who describes her son as ‘kind’ and an ‘inspiration’, said: ‘I am living a nightmare not knowing what is happening to my Denver’

‘The Foreign Office just emailed me over a leaflet, which was supposed to help, but even that didn’t have a step-by-step guide for what we should do to help get Denver home,’ Charley said.

Debsy, who describes her son as ‘kind’ and an ‘inspiration’, said: ‘I’m so angry about how I’ve been treated.

‘The coroner has a lot to answer for you don’t send pictures or demand money like that. It’s so wrong. I’m sitting on tender hooks not knowing what is happening to my baby.

‘He was quirky kind warm and caring and boy could he tell you a story.

‘He was brought up with good morals and manners I made sure of that I nagged him and pushed him to do well and he listened he did it.

‘He truly was an inspiration for any young person to look up to. I idolised him as I do all my children and my heart hurts.’

A spokesperson for the Foreign Office said: ‘Our staff are supporting the families of a British man and woman who died following a road traffic accident in Vietnam.’ 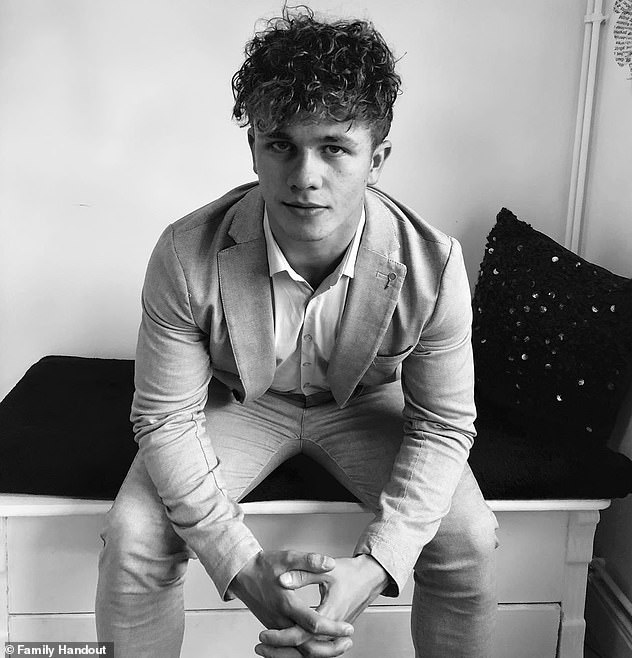 Hundreds of people have since paid tribute to the 24-year-old, who was about to start a graduate job as a business manager in London after gaining a masters degree

Leicestershire Police confirmed that it had received a complaint from the family.

‘During the force’s initial response at the time of Mr Barfield’s death, the complaint handler found that officers acted in good faith and sought to provide assistance and support to the family of Mr Barfield, including working with the Foreign and Commonwealth Office and subsequently with the Coroner’s Office,’ it said in a statement.

‘We have apologised to the family of Mr Barfield following an initial breakdown in communication regarding the roles and responsibilities of Leicestershire Police.

‘We have and continue to provide full support to the family of Mr Barfield during this extremely difficult time and a neighbourhood officer remains in place as a dedicated point of contact for the family.

‘The complaint handler has reviewed a call made to the force’s control room and found that the call handler managed the call in a courteous and professional manner.’