Enough to make you weep: Facebook blocks advertisement for onion seeds for being ‘overtly sexual’

Facebook mistakenly blocked an advertisement for onion seeds because it was deemed ‘overtly sexual.’

The Seed Company based in St John’s, Newfoundland and Labrador, Canada, posted a photo last month of six Walla Walla onions in and around a wicker basket.

However, on September 25, the social media platform suddenly pulled the ad, allegedly for its sexual suggestiveness.

‘Listings may not position products or services in an overtly sexual manner,’ a notice to the seed and garden supply business read. 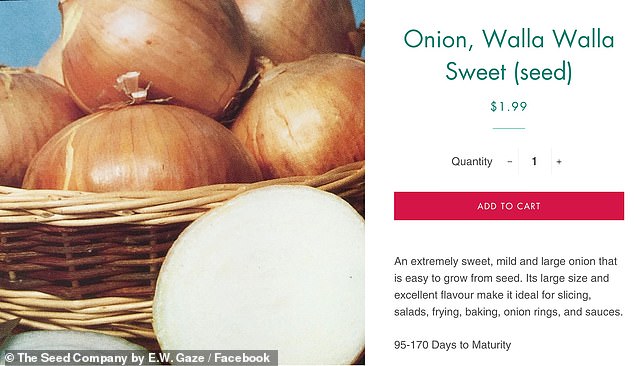 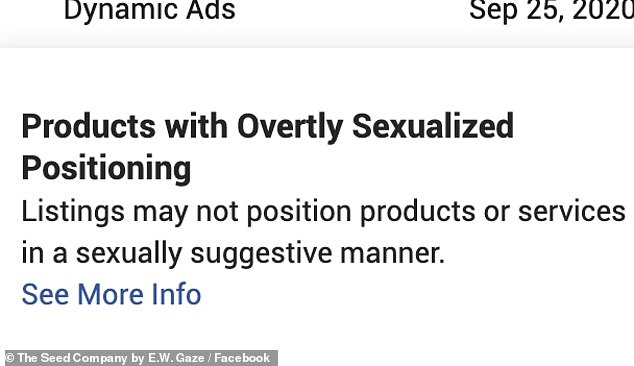 Facebook blocked the ad with a message stating products could not be positioned in an ‘overtly sexual manner’ (pictured), which the social media platform deemed was due to an algorithm mix-up

The post, which advertised onion seeds for $1.99 CAD reads: ‘An extremely sweet, mild and large onion that is easy to grow from seed.

Jackson McLean, a manager at The Seed Company, told The Canadian Press he was setting up the ads on Facebook when he kept getting an error message.

‘A couple of them came back with errors, and I looked into it further to see what the error was, and for the onion photo it said that it was overtly sexual,’ he said.

When he got the notification explaining the decision, he said he laughed.

‘I guess something about the two round shapes there could be misconstrued as boobs or something, nude in some way,’ he told CBC News.

‘I just thought it was funny. You’d have to have a pretty active imagination to look at that and get something sexual out of it.’

‘Just got notified by Facebook that the photo used for our Walla Walla Onion seed is “Overtly Sexual”…Can you see it?’ he wrote, along with a laughing emoji.

McLean asked for the social media platform to review the ban, but he did not hear any response.

However, after he went to the Canadian national media with the story, Facebook reversed the decision.

Meg Sinclair, head of communications for Facebook Canada, told The Canadian Press the mistake was due to an algorithm mix-up.

‘We use automated technology to keep nudity off our apps, but sometimes it doesn’t know a Walla Walla onion from a, well, you know,’ she said.

‘We restored the ad and are sorry for the business’ trouble.’