The Federal Aviation Administration has proposed its "largest-ever fines" against two unruly passengers.

The two separate fines, amounting to $81,950 and $77,272, are part of the nearly $2 million in penaltiesproposed by the FAA since Jan. 1, according to a release from the agency issued Friday.

"The FAA’s Zero Tolerance policy against unruly passenger behavior and its public awareness campaign has decreased the rate of unruly incidents by nearly 60%," the agency said in its statement. "But as today’s announcement demonstrates, more work remains."

The $81,950 fine proposal is tied to an incident involving a passenger who flew on American Airlines on July 7, 2021, from Dallas-Fort Worth, Texas to Charlotte, North Carolina.

According to the FAA, the passenger "threatened to hurt" a flight attendant who had offered to help her after she fell in the plane's aisle. After pushing the flight attendant out of her way, she made an attempt to open the cabin door.

Two flight attendants then attempted to restrain her before she "repeatedly" hit one of the flight attendants on the head. Once restrained she head butted, bit and spat at other passengers and flight crew members. She was detained by law enforcement upon arrival in Charlotte. 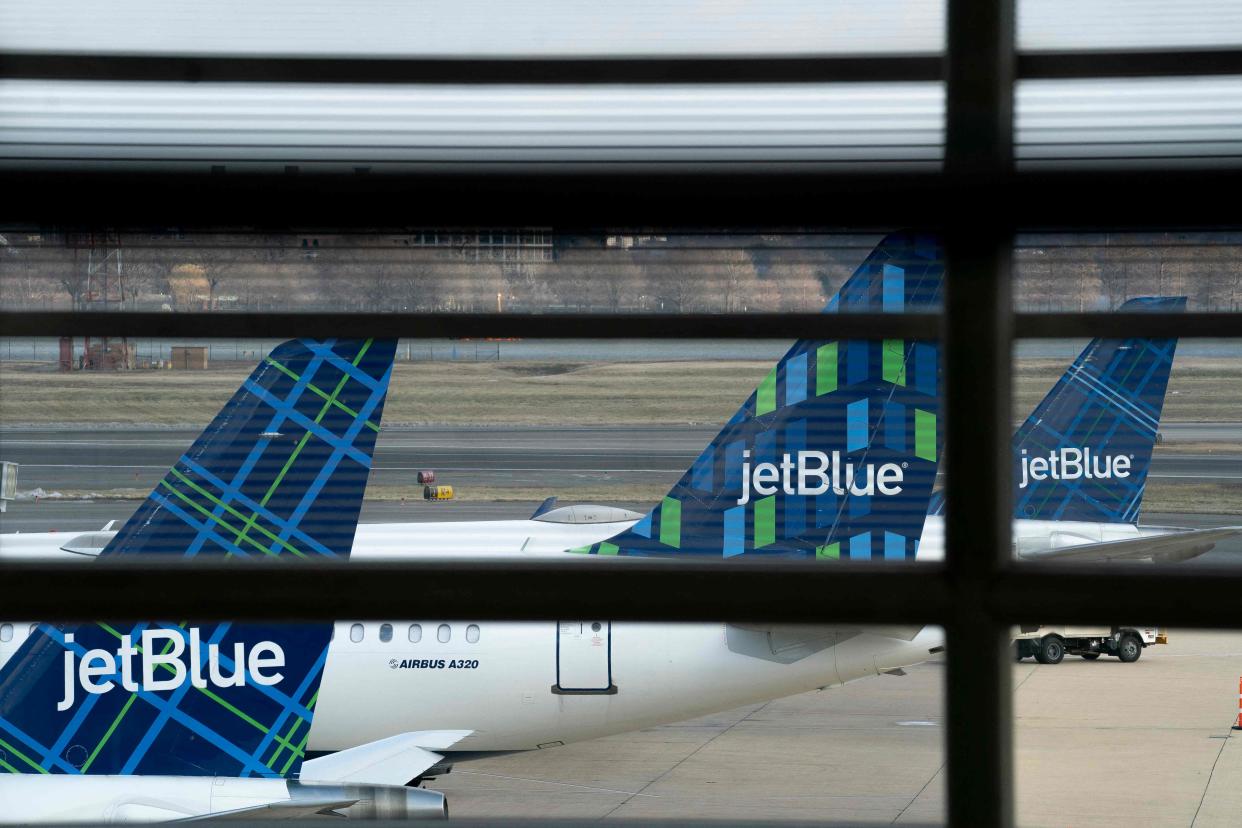 The second fine, for $77,272, involves a passenger who flew on Delta Air Lines from Las Vegas, Nevada to Atlanta, Georgia. The agency said that during the July 16, 2021 flight, the passenger tried to "hug and kiss" the passenger in the seat next to her and attempted to exit the aircraft mid-flight. The passenger, who refused to return to her seat, then bit another flier "multiple times." She was restrained by the flight crew.

The passengers who are subject to the fines proposed by the FAA have 30 days to respondafter receiving a letter from the agency.

Unruly passenger incidents have been frequent over the last couple years — with some tied to the Transportation Security Administration's mask mandate, currently in place through April 18. And while the agency's Zero Tolerance policy may be making a difference, there are still incidents occurring.

As of April 4, there had been 1,081 unruly passenger reports, and 707 mask-related incidents on flights this year. As a result of those incidents, 309 investigations have been initiated, 159 FAA enforcement cases have been started and 80 cases have been referred to the FBI for a criminal review.

While the FAA doesn't havecriminal prosecutorial authority, it does have civil authority, allowing the agency to impose fines.

Passengers who interfere with, threaten, or physically assault crew members or other fliersmay be subject to civil penalties orcriminal charges that can result in fines and imprisonment.