EXCLUSIVE: Psychopathic killer who bludgeoned doctor to death won’t be moved to open prison after Dominic Raab stepped in and blocked his move from high security jail

Dominic Raab has dramatically stepped in to block a killer who bludgeoned an innocent doctor to death from being moved from a high security jail to an open prison, MailOnline can reveal.

The Justice Secretary acted to prevent Reginald Wilson, now 58, from being transferred to a lower risk prison despite the Parole Board recommending the move.

Aged 26, Wilson carried out one of the most notorious murders in UK criminal history when he randomly targeted doctor David Birkett at his home in Middlesbrough in 1990.

The esteemed dermatologist was discovered by his teenage daughter suffering from horrific head injuries after Wilson, who had tattoos across his forehead reading ‘psychopath’ and ‘chaos’ launched the planned attack. 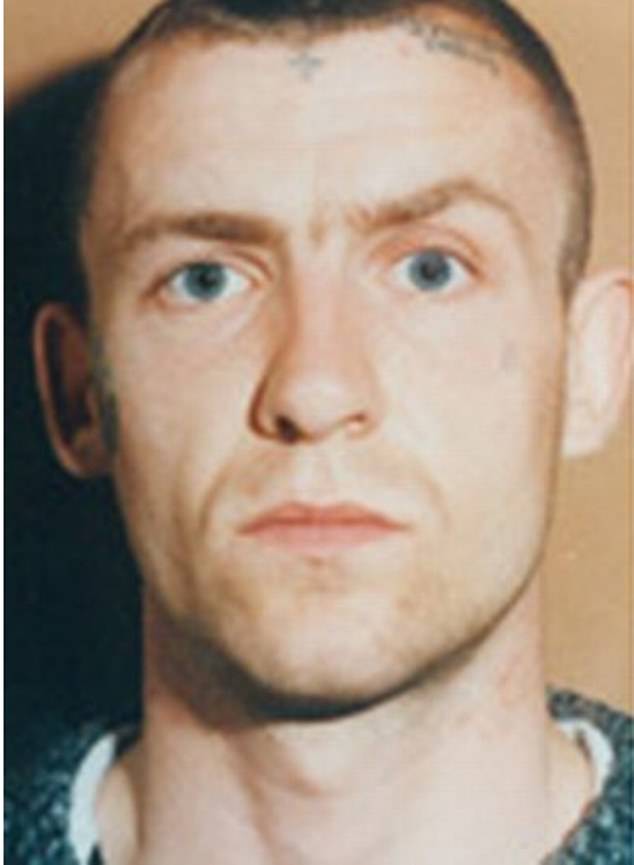 Reginald Wilson, 58, killed David Birkett in his Linthorpe home, Middlesbrough in 1990. He was sentenced to life in prison after his Durham Crown Court sentencing in 1991

The deranged murderer – who had one aim in life to commit the perfect murder – tricked his way into Dr Birkett’s home in Linthorpe by pretending to be a motorcycle courier delivering a package.

The much loved dad-of-three was beaten to the ground by Wilson with a hammer at his six bedroom home, dragged into his study and subjected to a second sadistic attack.

A post mortem showed the 56-year-old consultant had been struck with manic ferocity at least 17 times.

Wilson had a hearing before a three-person panel of the Parole Board on 14th November 2022.

At the hearing, the panel took evidence from Wilson’s community-based Probation Officer, the official responsible for supervising his case in prison, and a psychologist employed by the prison service.

Wilson himself also gave evidence to the panel. The panel also read victim impact statements given by Dr Birkett’s family.

Wilson was told two weeks later that he had been recommended for a move to an open prison. It was his second parole hearing and he did not ask to be released, though a move to a lower security jail is often a step towards eventual freedom.

The Parole Board said in a summary of the decision that Wilson’s behaviour had improved hugely since 1999 and he had taken therapeutic and behaviour offending courses.

It stated at the time: ‘The panel was told that Mr Wilson had developed exceptional levels of personal responsibility, life skills, resilience and maturity.

‘Mr Wilson himself did not seek release but asked the panel to recommend his transfer to an open prison so he could continue to work with professionals to develop release plans.’

In the written summary it stated that Wilson would be allowed ‘periods of temporary release’ when in open conditions.

A spokesperson for the Parole Board said at the time: ‘We can confirm that a panel of the Parole Board refused the release of Reginald Wilson following an oral hearing. The panel has recommended a move to open prison. 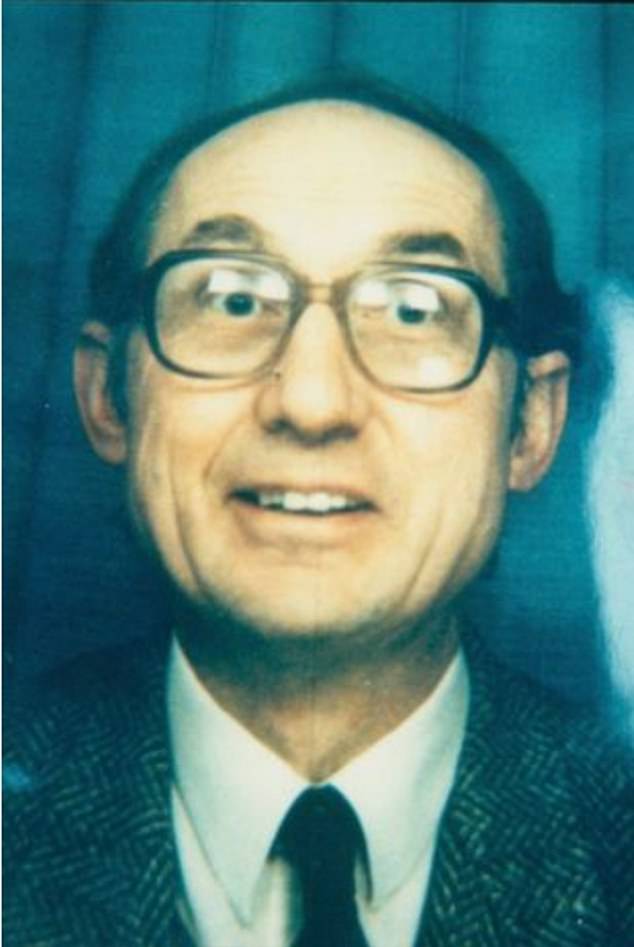 Dr David Birkett was beaten to the ground by Wilson with a hammer at his six bedroom home, dragged into his study and subjected to a second sadistic attack. A post mortem showed the 56-year-old consultant had been struck with manic ferocity at least 17 times

‘Parole Board decisions are solely focused on what risk a prisoner could represent to the public if released and whether that risk is manageable in the community.’

The Parole Board’s recommendation has to go to the Secretary of State for approval and in the case of Wilson, Mr Raab decided that he would not sanction the jail transfer.

Dr Birkett’s family have been informed of the decision. The horrific circumstances of the crime and its aftermath were taken into consideration in making the decision.

At the time of the killing, Wilson had fled and detectives believed he planned a killing spree.

Later in the day, an anonymous 999 call was made from a telephone in Union Street in central Middlesbrough. 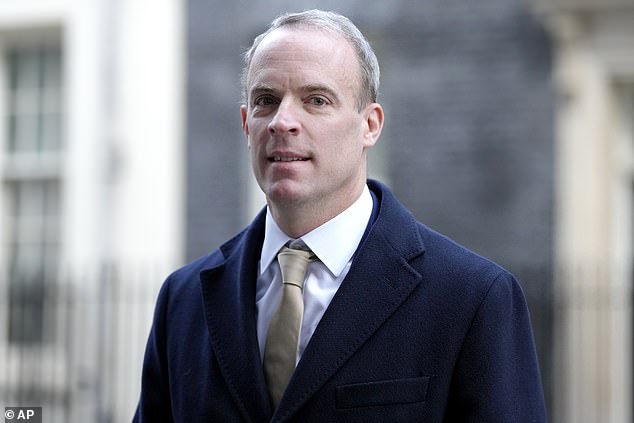 Wilson’s bid for a transfer to an open prison went to the Justice Secretary, Dominic Raab (pictured) for approval but this has now been blocked

Wilson gave Dr Birkett’s address but a mix up meant the police did not check it. They only became aware of the killing when the doctor’s daughter returned home.

Brazen Wilson then taunted police with a series of sick letters and stated the killing had ‘given him a buzz’.

One read: ‘He was a skin expert, eh? When I’d finished he didn’t have much skin, not on his head anyway. That was a little test I set myself.’

Another contained a verse of poetry taken from the book The Miko by Eric Van Lustbaden.

Detective Sergeant Morton, investigating at the time said: ‘He is a psychopath and a dangerous psychopath.’

Police, who eventually caught the killer five months later thanks to a fingerprint left at the murder scene, believed that he planned a series of murders.

Officers later found a cache of arms, including a sawn off shotgun and crossbows, at Wilson’s home.

Scientific examination of an apparently blank piece of paper revealed a plan to kill police officers. 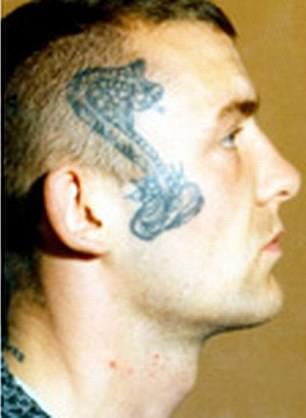 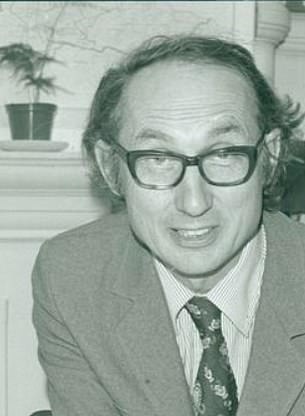 Sentenced to life in prison at Durham Crown Court in July 1991 for the murder of Dr Birkett (right), on his way to the cells Wilson (left), now 58, yelled: ‘You may contain me but you will never control me’

A notebook was also found, containing a list of police officers and their addresses.

Sentenced to life in prison at Durham Crown Court in July 1991, on his way to the cells Wilson yelled: ‘You may contain me but you will never control me.’

The court had heard that fitness fanatic Wilson had an on-going battle with authority and was a loner who fantasised about killing.

Three years later the Home Secretary told him life would mean life and he would never be released from jail, but this was later reduced to a 30-year minimum tariff in 2008.

Wilson’s lawyers, in applying to have his whole life tariff overturned, pointed to medical evidence that he was suffering from an ‘untreatable psychopathic disorder’ at the time of the killing.

At the High Court hearing, the judge said Wilson, had ‘preened himself with pleasure’ as he gloated about what he had done.

In 1996, he made an escape attempt from Frankland Prison in Durham and then tried to stab a prison officer in 1999.

He was transferred to the prison’s close supervision centre unit and held in the exceptional risk unit.

Wilson will be eligible for another parole hearing in 2024.