Allegations of bullying, misogyny and sexual harassment against women within the Submarine Service have prompted the Royal Navy to launch an urgent investigation today.

Whistleblowers who served with the fleet have come forward to expose serious claims of mistreatment up and down the chain of command.

The Royal Navy said it has launched an immediate and extensive investigation into the ‘abhorrent’ claims exposed by the Mail today.

The abuse is said to have been rife throughout the Submarine Service for more than a decade, after the branch lifted its long-standing ban on female recruits in 2011.

Among the whistleblowers is former trailblazer Sophie Brook, who was one of the first women to join the service.

The 30-year-old made history as the first female warfare officer and was on course to become the first female captain of a submarine. She mainly served on vanguard class submarines, which carry nuclear weapons.

But the former lieutenant has warned the fleet – within which all submarines are nuclear-powered – is ‘no place for women’, and much of her disturbing account has been corroborated by two other whistleblowers who agree the male-dominated branch has failed to provide a safe environment for women.

Among the troubling list of allegations are claims that: 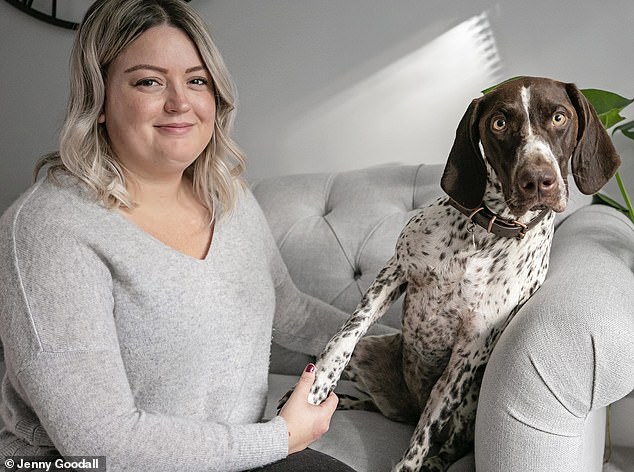 Sophie Brook, 30, pictured with her dog Alisa, made history as the first female warfare officer and was on course to become the first female captain of a submarine, but says the service is ‘no place for women’ 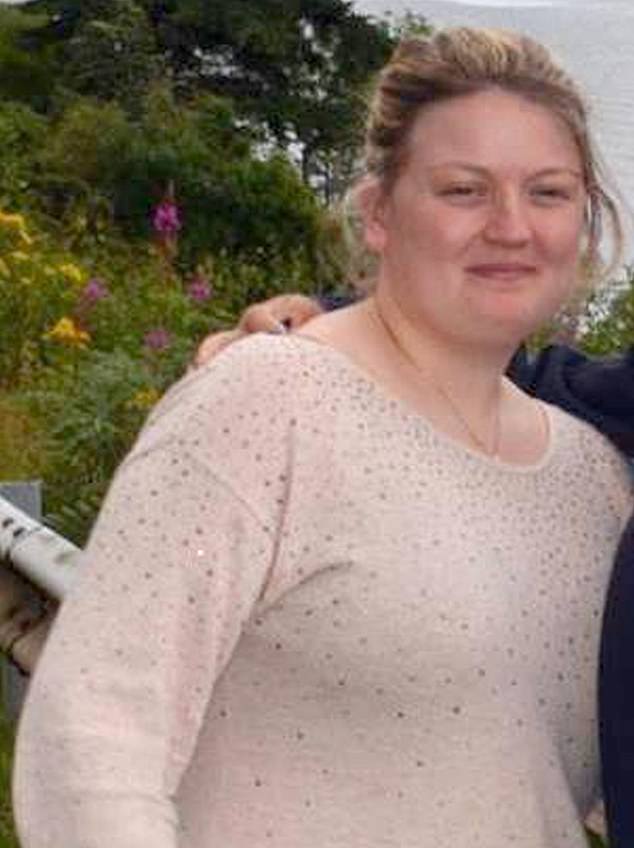 Ms Brook alleges she was assaulted by a senior male colleague while she slept, as well as being sexually assaulted on multiple occasions 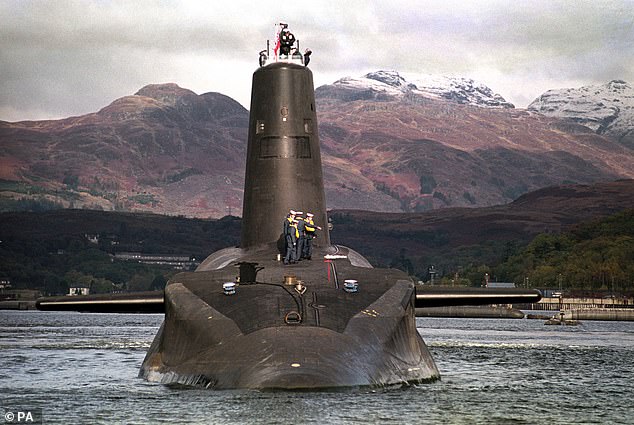 This week Admiral Sir Ben Key KCB CBE ADC, the First Sea Lord and Chief of the Naval Staff, said he was ‘deeply disturbed’ by the allegations and that an investigation had been launched.

‘I am deeply disturbed to hear of allegations of inappropriate behaviour in the Submarine Service and I want to reassure our people, and anyone who is reading this, that any activity which falls short of the highest of standards the Royal Navy sets itself is totally unacceptable and not a true reflection of what service life should be,’ he said.

‘These allegations are abhorrent. Sexual assault and harassment has no place in the Royal Navy and will not be tolerated.

‘I have directed my senior team to investigate these allegations thoroughly. Anyone who is found culpable will be held accountable for their actions regardless of their rank or status.’

A senior source admitted the Navy was aware some women had been affected by ‘inappropriate sexualised behaviour’.

But the source added: ‘The Royal Navy’s leadership is outraged and dismayed at this in equal measure.

‘We have been driving out this behaviour but we are determined to deal with these allegations and won’t hesitate to take action against anyone who is implicated, no matter how senior they are.

‘This is unacceptable behaviour and utterly opposed to our core values and standards.’

The source added: ‘We won’t rest until people are held to account over this – we won’t accept excuses and there will be no attempt to shift blame.’

Miss Brook said she felt compelled to speak out to help other female submariners.

She said: ‘It wasn’t just me, all of the women – and I mean all of them – had incidents they had to endure. It wasn’t always exactly the same but it was similar.

‘The best thing I ever did was leave the Navy but I worry about the women I left behind. It was just a constant campaign of sexual bullying.’

She added: ‘I loved the job, doing the maths, driving a submarine, it was amazing. It’s just unfortunate the ‘old boys’ club’ makes it such a hostile and misogynistic place.

‘It is no place for women. It makes me really sad to say that. For ten years I would combat people who said that, I would argue against that point until I was blue in the face.’

Miss Brook left the Navy when she was investigated and court martialled for sharing sensitive information about her submarine’s movement in an email to her married lover.

She resigned from her position in January but was formally dismissed in June and handed a suspended four-month prison sentence. 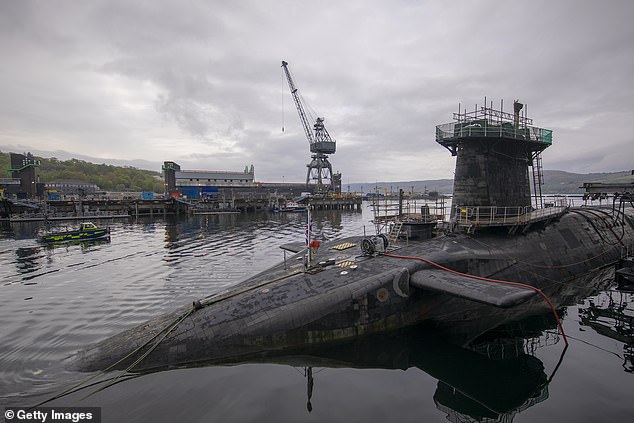 The former lieutenant had previously aspired to climb the ranks but said her experience in the fleet destroyed her mental health ultimately resulting in the mistakes that eventually ended her career.

She said: ‘I spent a decade trying to fight the injustice women face within the Submarine Service, playing by their rules, but I was unable to change things.

‘I feel this is my last and final chance to try to make things better for the women left behind and believe the only thing they will listen to is the media.’

She added: ‘I am not out to destroy the Submarine Service or the Navy.

‘Most serving officers are brave, professional and make huge personal sacrifices. My issue is only with the few rotten apples bringing the service into disrepute. It is time for change.’

Another whistleblower, who previously served in a senior position in the fleet, said: ‘It is not an equal service. The women are constantly pestered for sex, they are seen as legitimate targets.

‘I saw women being called c***s and splits. I saw all the women break down at some point or another. And these are pretty tough women.

‘One was given the nickname ‘menstrual’ by a superior because she cried. They are not covering themselves in glory.’

The source said ‘sniffing’ – a term used to describe how men would literally follow their female colleagues around – was rife across the service.

They said: ‘I wouldn’t want my daughters to serve in the submarine fleet. There have been allegations of rape and assault.’

They added: ‘Senior officers are seen as golden geese. They can’t sail without them so they are protected… when they are removed, they are done so quietly.’

The whistleblowers all describe an environment in which sexualised comments were commonly used to humiliate personnel.

One described how commanders would force juniors to tell them a ‘sh**ging dit’ (a tale of a sexual exploit) or show them ‘Sport Fots’ (an intimate picture of their partner) before allowing them to leave.

They also said a respected officer was notorious for having a ‘black book of revenge’ listing junior personnel against whom who he holds a grudge.

A second whistleblower added that the female submariners struggled to deal with inappropriate behaviour from other personnel.

The source said: ‘We would practise together what to say when someone did something inappropriate as we would normally be caught off-guard.

‘We would rehearse saying something, ‘You’re making me uncomfortable, please stop’, so we were prepared when it happened again.’

She added: ‘There have been problems where we have a small number of women in an enclosed space like a ship or submarine. So Sophie’s story is sadly all too common.

‘The women from the Royal Navy who have come to me have all had similar sort of problems to Sophie.

‘Her story is incredibly credible, what she said didn’t come as a surprise and it unfortunately sounds very similar to all the others I’ve heard.’

This summer, the Red Arrows display team was engulfed in a ‘toxic culture’ scandal, with some members removed as allegations of ‘unacceptable behaviour’, mainly towards young female recruits, were investigated.