EXCLUSIVE: British father, 30, SPLITS from Ukrainian refugee accusing her of ‘irrational behaviour and stabbing a wall’ – just four months after he dumped his partner of 10 years and mother of his two children to be with her

A security guard who started a relationship with a Ukrainian refugee after he and his long term partner gave her a place to live has dumped her following a furious bust-up, MailOnline can reveal today.

Tony Garnett, 30, claims he has thrown out Sofiia Karkadym, 22, after accusing her of not being able to handle alcohol and using a knife to damage a wall at their rented home.

With her belongings now in black bin liners ready for collection, he also accused her of interfering with his relationship with his two daughters, saying that he would always put them ‘first’.

Tony fell for Sofiia just days after she started living with him and his partner of ten years Lorna Garnett, 28, who is the mother of his two children.

He and his now ex-girlfriend made headlines in May after he left Lorna and moved out of the family home with his new lover so they could start a new life together.

In an exclusive interview with MailOnline, he revealed today: ‘I am 100 per cent through with her. We are finished as a couple.’

Tony claimed that matters came to a head when they rowed on Saturday night while celebrating his 30th birthday at their home in Bradford, West Yorkshire He said he ended up calling police after Sofiia apparently damaged a wall, leading to officers attending the address. 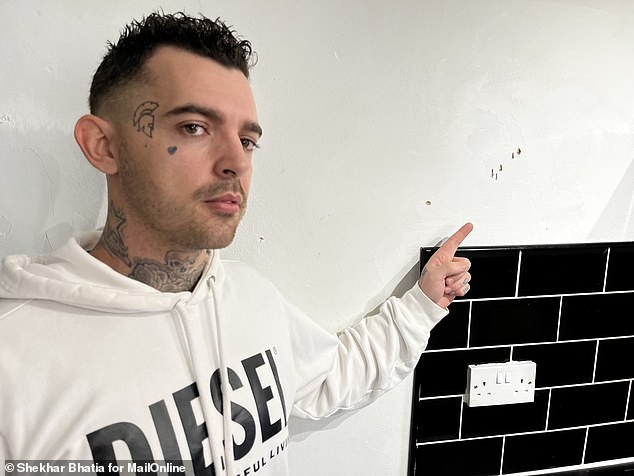 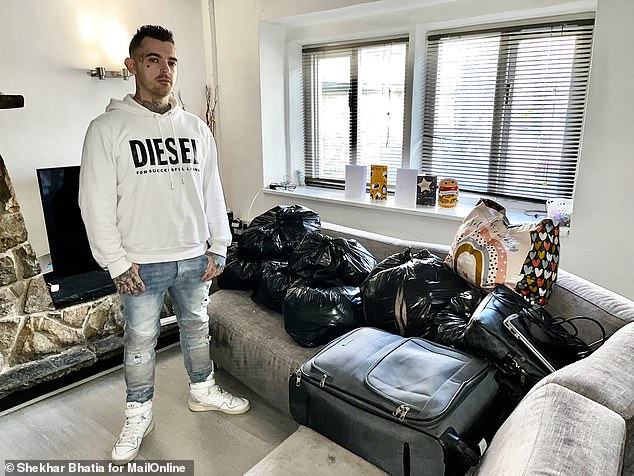 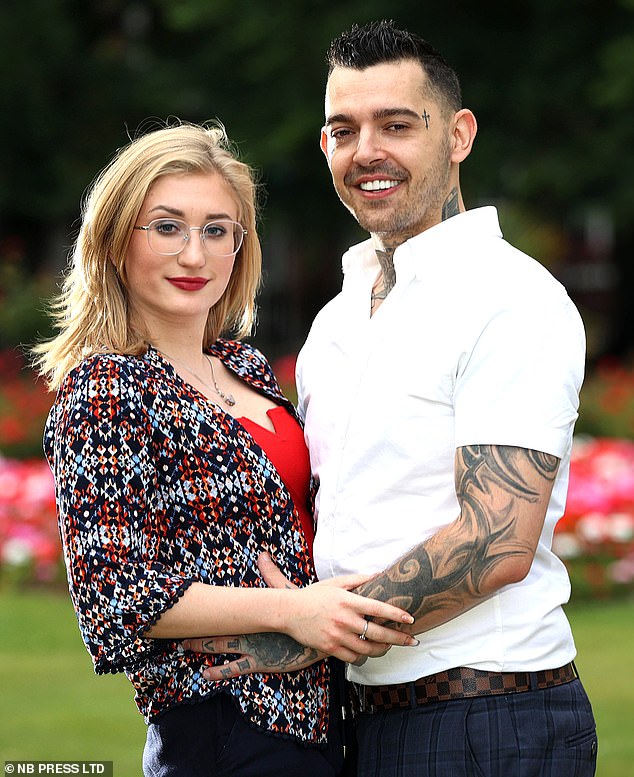 Tony Garnett, 29, who left his partner of ten years for Ukrainian refugee Sofiia Karkadym, 22, after 10 days of her living with them. They have split, MailOnline can reveal 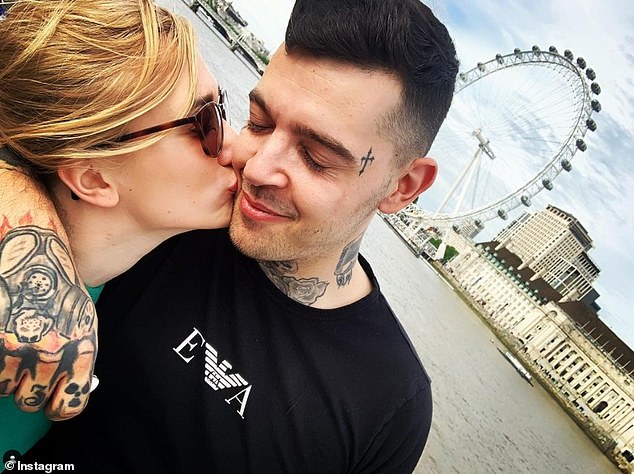 Tony has said: ‘I have made a mistake going into a relationship with Sofiia’ 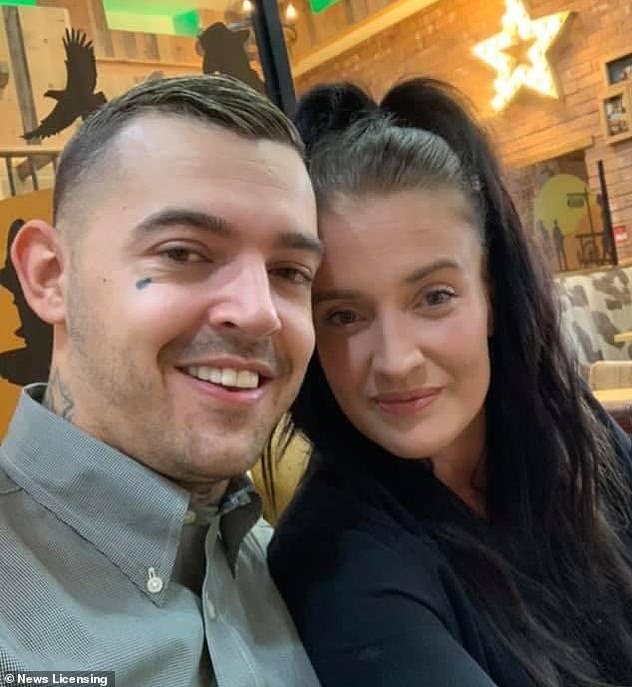 The security guard left the mother of his two children, 28-year-old Lorna Garnett (pictured), for the refugee

Tony told MailOnline how he had become ‘fed up’ with what he described as her irrational behaviour during the four-and-a-half months they were together.

He said: ‘I can’t take her abuse or anger any longer.

‘I left Lorna and my two children for her, and I made every extra effort I could to help her keep us together.

‘I worked so hard to make this relationship work. I knew that we would look like tw*ts if we broke up because we have a media profile and all the attention that has been put on us on television and on the internet. 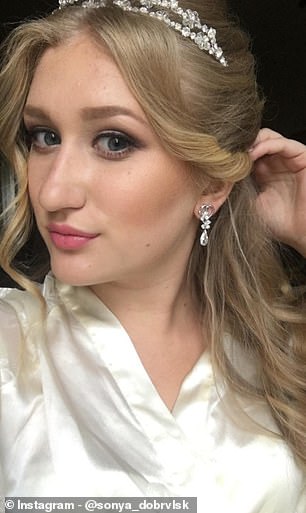 ‘I also genuinely felt sorry for her. She left her home and her country which was at war and knew nobody here.

‘Yes, I felt and I thought I was in love with her. But there is a side to her which I just cannot put up with any longer. She gets angry and aggressive.

He claimed that: ‘On Saturday night she picked up a knife and stabbed the wall several times.

‘It really scared me and I had no choice but to call the police. That doesn’t make me happy at all. But I was worried about my safety. ‘

The row happened when two other Ukrainian refugees – Sofiia Rastorhuieva and her boyfriend Illia Tronevych – were staying with the couple.

They had moved in with Tony and Sofiia after he saw a desperate appeal from them on Facebook, asking for accommodation.

Heavily tattooed Tony added: ‘I have made a mistake going into a relationship with Sofiia.

‘As I have said before, my relationship with Lorna was already over and I was really unhappy.

‘But this wasn’t the right thing for me. I have tried to help her. I really have.

‘I haven’t abandoned her and have even been messaging her mother to get her to help with the aid of Google Translate.

She may be suffering from PTSD. But she is from Kyiv where there hasn’t been much of the war.

‘I hope that she finds somewhere safe to live and is in a happier place. But she’s not for me.’

Tony, who received a barrage of online abuse over his relationship with Sofiia, said he would be looking for a new home soon and would also part with the other Ukrainian refugees.

He said that Sofiia had sent him a string of messages since the bust-up, saying that she loved him and begging for a reconciliation.

Tony said he had accused her of ‘ruining’ his 30th birthday.

He claimed he told her that he would be contacting the local council and the Home Office to try and get her re-housed. 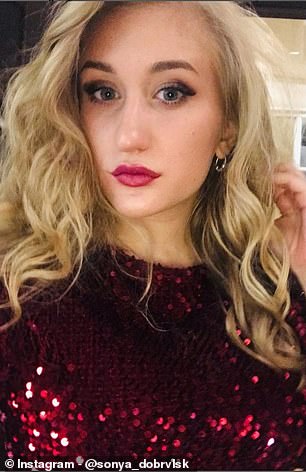 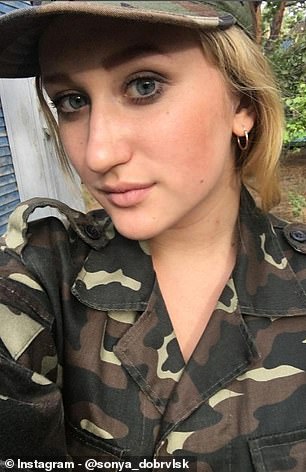 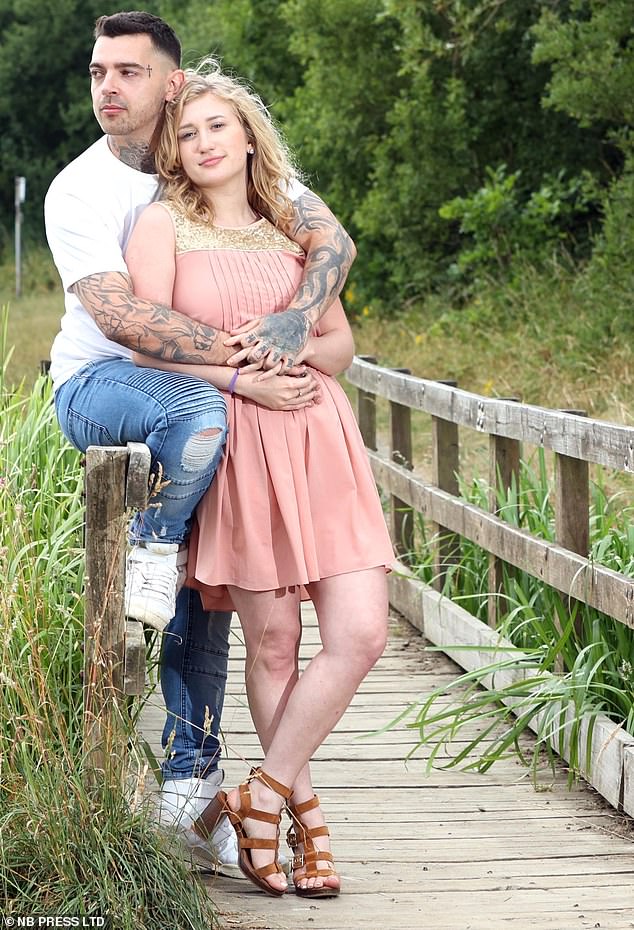 The couple were making plans to visit Sofiia’s family back in Ukraine so that Tony can formally ask her father for his daughter’s hand in marriage. Tony has said their relationship is over

But Tony grew impatient at how long the process was taking and joined Facebook groups where Ukrainians were looking for sponsors.

He made contact with Sofiia through one of the groups and she arrived in the UK on May 4 and she went to live in Bradford with him and Lorna and their daughters, aged three and six.

Tony told how they ‘just clicked’ and got on really well straight away, partly because he could speak Slovakian which is similar to Ukrainian.

The two them started chatting in a language Lorna did not understand, staying up to watch TV after she had gone to bed and regularly went to gym with each other.

They both said that although they were ‘getting on brilliantly’ at this time, ‘it was no more than that’ and ‘innocent’.

But they ended up ‘finding excuses to touch and brush against each other’ and things got tense in the house.

Tony said he would return home to meals cooked by Sofiia who would tell him how ‘lucky Lorna was to have him’.

But she was shocked when Tony told her: ‘If she’s going, I’m going’.

The new couple ended up moved in with Tony’s parents before finding their own place and beginning the process of applying for a permanent visa for Sofiia.

Tony said at the time: ‘I am so sorry for what Lorna is going through, this was not her fault and it was not about anything she did wrong.’

Sofiia added: ‘As soon as I saw him I fancied him. It’s been very quick but this is our love story. I know people will think badly of me but it happens. I could see how unhappy Tony was.’

The couple later talked of their hopes of getting married and having children of their own, once Tony had his vasectomy reversed.

He told MailOnline: ‘I want to propose to this beautiful lady,’

‘I am a young woman so it can wait a few years and I hope that Tony can have his vasectomy reversed so that we can become a family together.’

As their ill-fated relationship made headlines, Tony revealed that he had suffered a torrent of abuse on social media over his decision to leave his family home.

He even spoke of his hopes of launching a pop career after recording a rap about their experiences.

Tony also insisted that his relationship with Lorna was already on the rocks before he met Sofiia.

One of Lorna’s friends told back in May how the now single mum was ‘devastated’.