Fourteen unarmed Iraqi civilians were killed in 2007 shooting that drew scrutiny of role of US contractors in Iraq War. 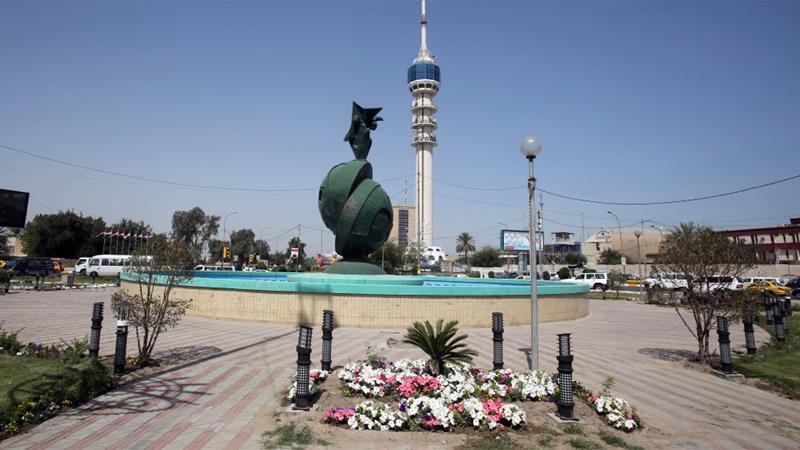 A former Blackwater security contractor has been convicted by a court in the United States of murder at his third trial in the 2007 shooting of unarmed civilians in Iraq, an incident that drew worldwide condemnation.

Nicholas Slatten, 35, was on Wednesday found guilty of first-degree murder in Washington for his role in the shooting, which stood out for its brutality and sparked intense scrutiny of the role of US contractors in the Iraq War.

Prosecutors charged that Slatten was the first to open fire and intentionally set off a shooting rampage in the September 16, 2007 massacre that killed 14 Iraqi civilians at a crowded traffic circle in Iraq’s capital, Baghdad.

They alleged that Slatten was unprovoked when he fired shots, first killing 19-year-old Ahmed Haithem Ahmed Al Rubia’y, who was driving his mother to an appointment, prosecutors said.

In all, 10 men, two women and two boys, ages 9 and 11, were killed. Eighteen others were wounded.

The defence argued that Slatten and other Blackwater contractors opened fire only after Al Rubia’y’s sedan, seen as a potential suicide car bomb, began moving quickly towards their convoy. After the shooting stopped, no evidence of a bomb was found.

Slatten is being held pending sentencing and faces a mandatory life prison term, the US Attorney’s Office said.

In 2014, a jury convicted Slatten and three other contractors – Paul Alvin Slough, Evan Shawn Liberty and Dustin Laurent Heard – who were part of a heavily armed, four-truck Blackwater Worldwide convoy that had been trying to clear a path for the American diplomats after a nearby car bomb. At Nisur Square, they opened fire on Iraqis with machine guns and grenade launchers.

An appeals court had overturned Slatten’s 2014 conviction, saying he should have been tried separately from three other men. Slatten was retried last summer, but a mistrial was declared after the jury could not reach a unanimous verdict.

The appeals court had ordered that Slatten’s co-defendants be resentenced, and Slough, Liberty and Heard all remain in custody and are awaiting resentencing, prosecutors said.

Blackwater, which was founded by former Navy SEAL Erik Prince, the brother of US Education Secretary Betsy DeVos, was later sold and now operates as Virginia-based Academi.