SLAM DUNK! Moment Evri delivery driver ‘plays basketball’ with parcel by launching it 11ft over wall… leaving the £400 worth of car parts inside broken

This is the shocking moment an Evri courier ‘played basketball’ with a £600 parcel by throwing it 11ft into the air – leaving the owner of the package fuming.

Mohammed Ghuff was working in Dubai when the brazen courier threw his £600 car parts over the 9ft fence in Accrington, Lancashire, on March 29.

Shocking CCTV footage shows the driver standing outside the large green fence, where Mohammed said they took a picture to show the parcel was delivered safely.

They then proceed to launch the brown box over the fence and high into the air like a basketball player trying to shoot a hoop. 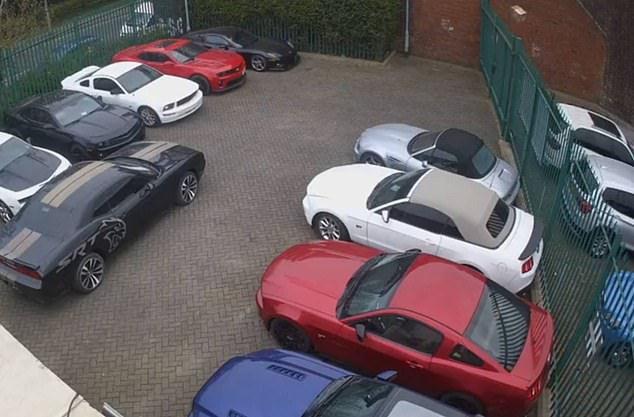 The parcel then plummets down to the ground and collides with the bricks before rolling to a halt.

Mohammed was fuming after discovering that most of the car parts had arrived broken and waterlogged.

The package lay outside on the concrete for over a week before the 37-year-old returned back to his business to find that £400 of the goods had been broken.

Thankfully, a third item in the delivery, a car airbag, had failed to deploy on impact.

Mohammed shared the video to Twitter on March 31, writing: ‘Thank you @Hermesparcels for delivering my parcel!

‘I’m not sure if your courier driver was trying to play basketball with my parcel. All my items are damaged, the worst courier company ever! 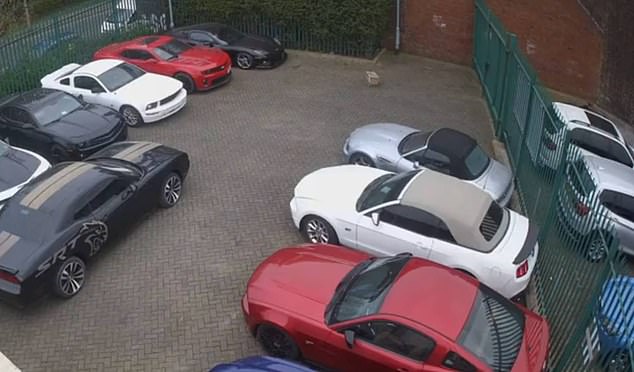 ‘You clearly don’t care about your customers! My parcel was thrown over a 10ft fence by your courier driver and left in the rain!

‘It is damaged! Despite my complaint and sending you a CCTV recording of your driver throwing the parcel over the fence, no one cares!’

Viewers were quick to criticise the courier in their replies.

Speaking today, Mohammed said: ‘I was away in Dubai and it was delivered to my business address.

‘I was looking through my CCTV and there was a box sat in the middle of my yard so I reviewed the footage to see them put the parcel on the floor, take a picture, and then throw it over the fence.

‘The picture of the delivery was from outside the fence. 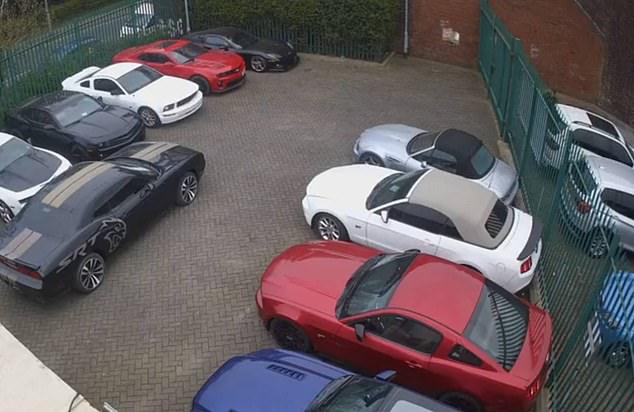 The parcel then plummets down to the ground and collides with the bricks before rolling to a halt.

‘There were three parts in there, one of them was okay but the other two were broken.

‘When I came back the box was soaking wet because it had been sat out.

‘I don’t know how these companies operate.’

A spokeswoman for Evri said: ‘We have spoken to the customer to apologise and offered a goodwill payment for the inconvenience.

‘We are also helping to arrange a replacement item.

‘Our local team has spoken to the courier involved to ensure this doesn’t happen again.’