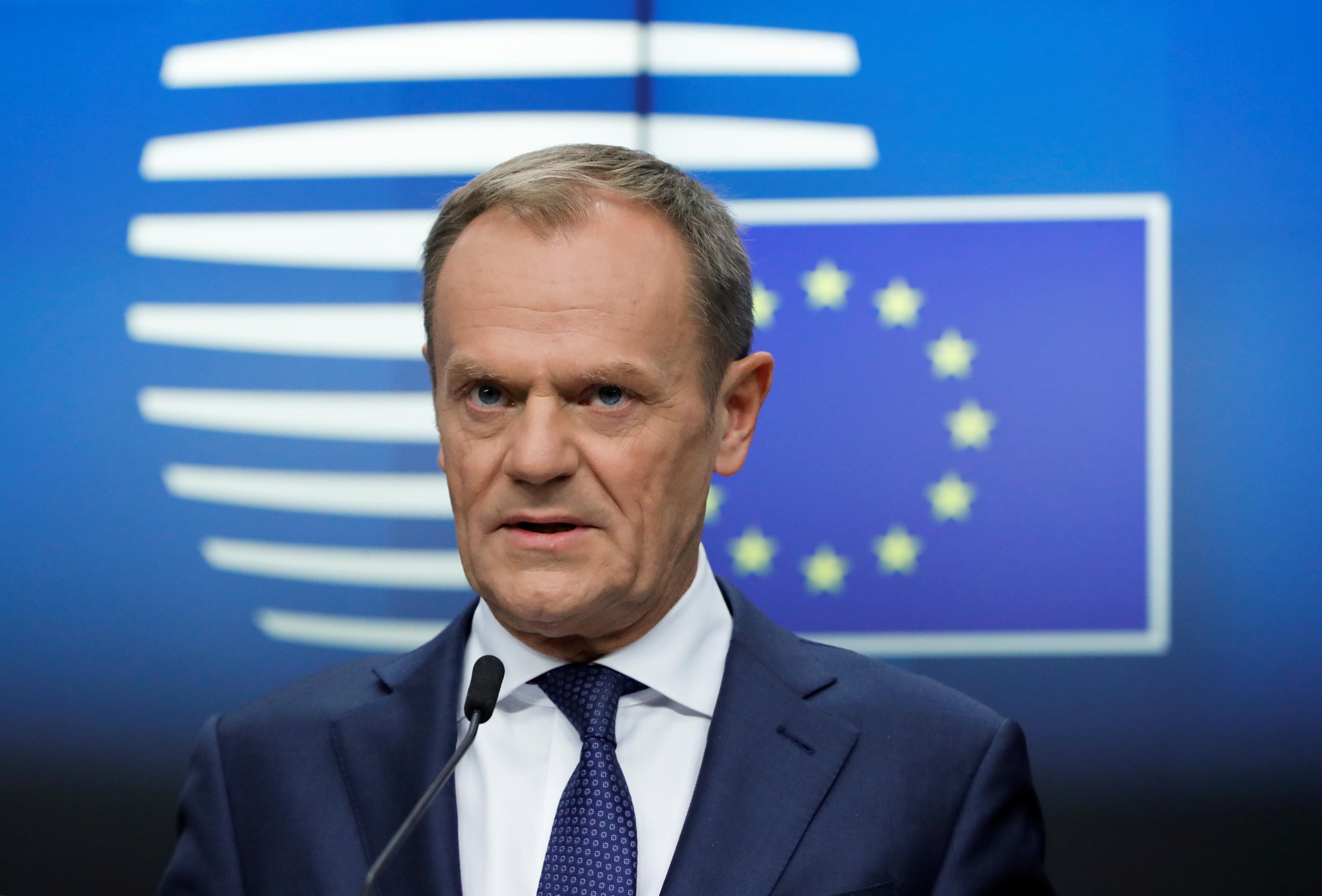 BRUSSELS (Reuters) – The chairman of European Union summits Donald Tusk is scheduled to meet British Prime Minister Theresa May at 1600 GMT on Tuesday, his spokesman said.

May is on a tour of EU capitals to seek last minute changes to the already agreed deal on Britain’s withdrawal from the EU in order to push the agreement through British parliament.

She is to meet Dutch Prime Minister Mark Rutte, German Chancellor Angela Merkel and finish with a meeting with Tusk and European Commission President Jean-Claude Juncker.

(This version of the story corrects day of meeting)