Brussels: The European Union could deploy staff from its border force to countries neighbouring Afghanistan to stem the flow of migrants illegally arriving in the bloc after fleeing the Taliban.

Leaked documents show the plans are part of a €1 billion ($1.8 billion) regional aid package that would also focus on protecting human rights and stopping the militant regime becoming an exporter of terrorism. 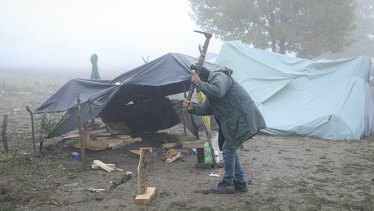 The bloc believes it needs to bolster its ties with the war-torn country’s neighbours, such as Pakistan and Iran. But some have questioned whether plans that include sending out officials from border agency Frontex will solve the EU’s migration woes, especially when the agency has struggled to manage its own frontiers.

Kris Janowski, former spokesman for the UN High Commissioner for Refugees, said it was a “ludicrous” idea that Pakistan would invite the West to help police its borders.

“The EU bureaucracy is desperate to be perceived as doing something, anything to prevent a new wave of Afghan refugees from reaching Europe, hence these half-baked ideas,” he said.

“Frontex, by the way, is struggling in controlling the EU’s own borders.” 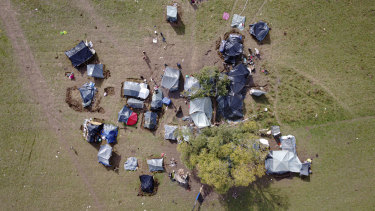 Pieter Cleppe, a Brussels-based policy analyst, said: “If it would be a step towards offshoring asylum processing, similar to Danish and UK plans, that’s a good thing given how the current system encourages people to pay human smugglers to make it to EU territory. However, it doesn’t look like this is the idea. As for transferring huge amounts of taxpayers’ money to Afghanistan that could be captured by the Taliban, this looks questionable.”

The bloc is considering deploying a “Frontex Liaison Officer” to Pakistan to oversee Afghan migration, according to the leaked dossier.

“Discussions in Pakistan are ongoing,” it said.

In Pakistan, the border agency would likely focus on helping local officers reinforce their borders and tackle people smuggling and human trafficking operations. However, EU officials ruled out negotiating with the Taliban over a similar arrangement for Afghanistan. 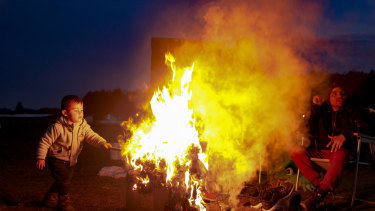 A migrant child throws a stick into a fire at a makeshift camp housing migrants mostly from Afghanistan, in Velika Kladusa, Bosnia.Credit:AP

Under the plans, the EU would also fund aid projects in Pakistan and Iran to support Afghan refugees who are living on their soil to avoid them travelling to the bloc. “Sectors of assistance include protection, food assistance, health and psycho-social support, education in emergency and disaster preparedness,” according to the document.

To dissuade migrants from making “dangerous irregular journeys”, the bloc will launch “targeted information campaigns” across the region.

Officials also want to broker deals with Islamabad and Tehran to take in refugees that are returned from the EU because Afghanistan is considered too dangerous.

The UN this week warned that Afghans face a “tsunami of destitution” and need $US200 million ($265 million) a month in aid to stave off catastrophe following the chaotic US withdrawal and Taliban takeover.

Meanwhile, the EU is intending to reopen its embassy in Afghanistan within a month as the bloc seeks to increase engagement with the Taliban.

It means EU diplomats will return to Kabul about 12 weeks after they fled the city to co-ordinate aid efforts.

Brussels sees its role in the war-torn country to lobby for the protection of human rights and hold its new leaders to their promise to stop it from becoming an exporter of terrorism.

“The EU will pursue efforts to ensure that the Taliban regime ceases all ties and practices with international terrorism and that the situation in Afghanistan does not lead to new security threats,” according to the document.

It is feared that, without having a presence on the ground, EU diplomats would not be able to properly oversee the spending of the bloc’s promised €1 billion aid package.

EU development aid to Afghanistan will remain frozen until the bloc believes the Taliban has met its “five benchmarks” for running the country.