CEDRIC the Entertainer humiliated Prince Harry and Meghan Markle last night as he roasted the couple over their bombshell chat with Oprah Winfrey.

The 2021 Emmy Awards host, 57, told the star-studded ceremony in Los Angeles: "As great as The Crown is, it pales in comparison to the real monarchy." 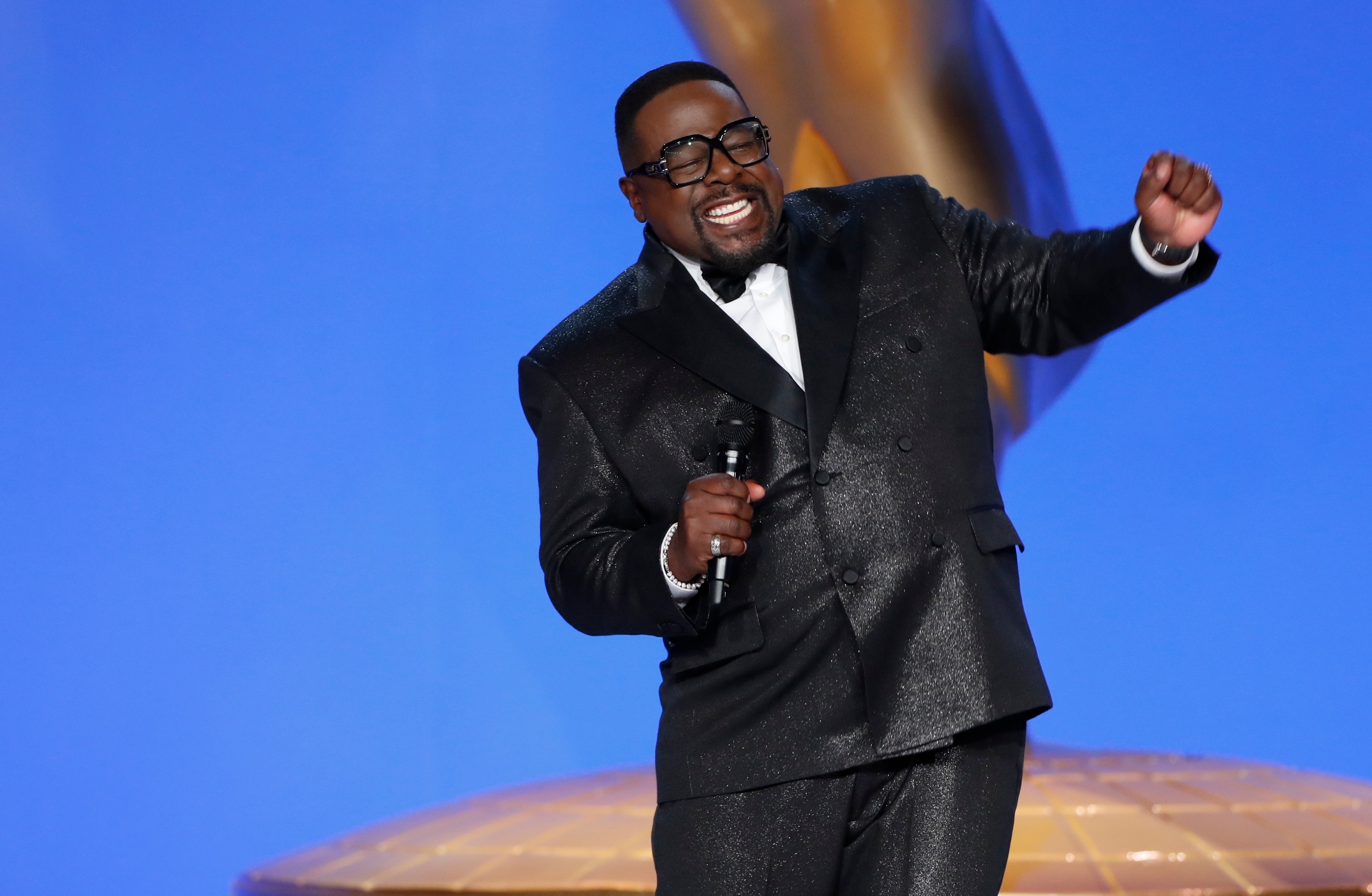 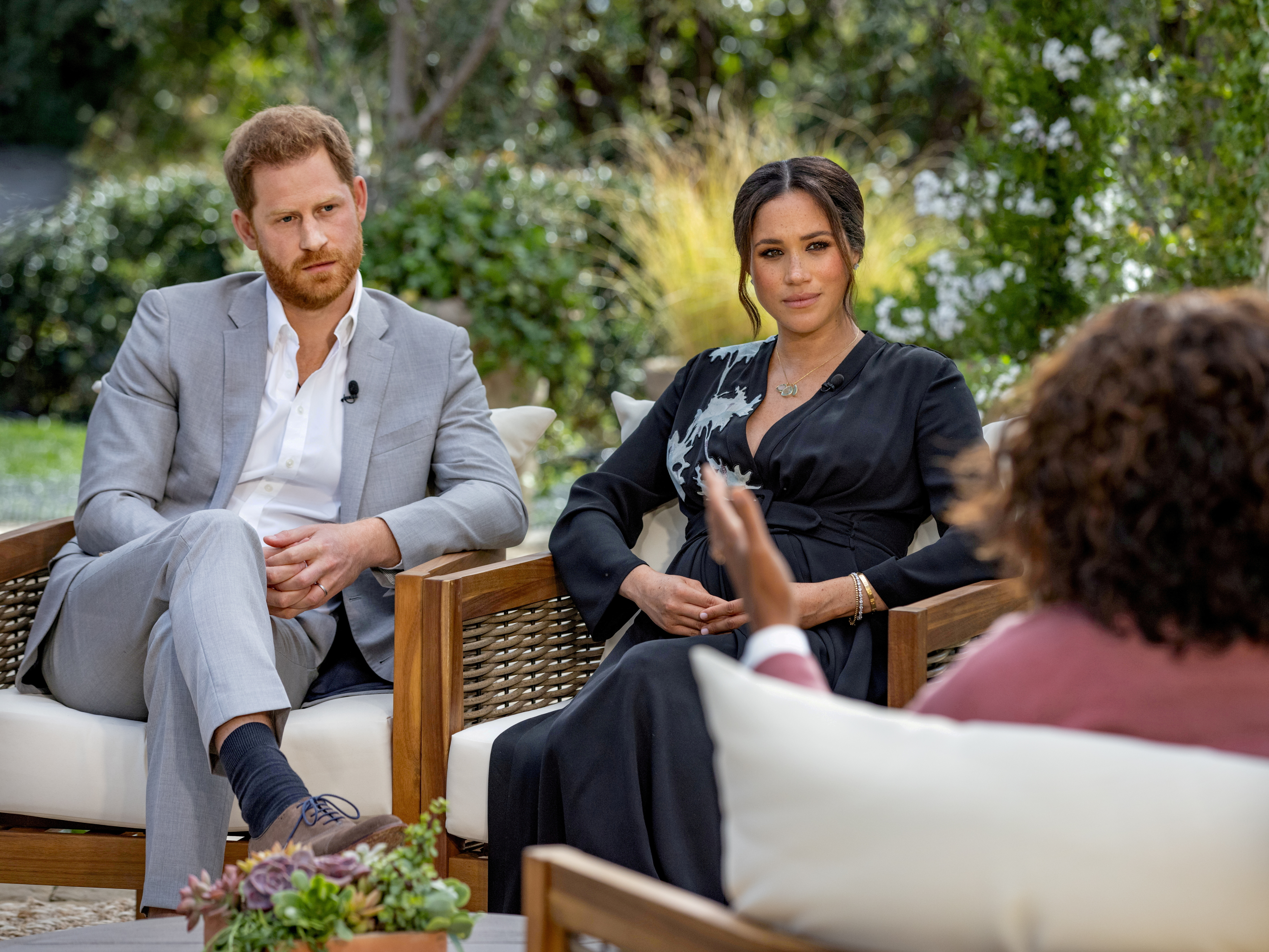 The comedian continued: "I mean that Oprah interview with Prince Harry and Meghan. That was the real tea right there, wasn’t it?"

The Duke and Duchess of Sussex's explosive Oprah interview was watched by more than 49million people globally in the first three days after it aired.

It saw the couple raise a number of controversial issues concerning their life in the Royal Family.

Cedric revealed his shock at Prince Harry and Meghan's claim that a member of the Royal Family had questioned how dark their son Archie’s skin tone was going to be.

"Meghan must put it on that boy because he renounced his throne quicker than Eddie Murphy in Coming to America," he said.

"I can’t believe they were talking about little Archie. How dark that little baby gonna be."

Cedric took another jab at the family and said they would need Archie to teach the royals how to dance.

He said: "They need little Archie! Charles can't dance, who else going to teach them how to TikTok I can just see it now, baby Archie with the Queen, like come on Gammy."

Josh O’Connor and other members of The Crown cast were seen on camera looking sheepish as Cedric joked on the stage, the Metro reports.

Prince Harry and Meghan's Oprah interview lost out on an Emmy Award to Stanley Tucci's Italian food show – just days after it was booed at the NTAs.

The couple's chat was up against Stanley Tucci: Searching For Italy and My Next Guest Needs No Introduction With David Letterman, in the best hosted non-fiction series category.

The Oprah interview saw Harry speaking of the rift between him and his father, which at one point he said led to Prince Charles "not taking may calls".

The couple also accused Buckingham Palace of playing down Meghan's suicidal thoughts and said they decided to step away from royal life as a result of the issues.

Some 500 nominees and guests gathered under a glammed-up tent in downtown Los Angeles for the 73rd annual Emmy Awards on Sunday, with Covid precautions including a vaccine requirement and testing.

Cedric entertained the crowd with jokes about the fact guests had to be double jabbed in order to attend.

"We had to get vaxed to come here. I did not have a reaction like Nicki Minaj’s cousin… I got Pfizer, that’s the Neiman Marcus of vaccines. Moderna is Macy’s. And Johnson & Johnson is TJ Maxx," he said.

But some viewers of the 2021 Emmy Awards slammed Cedric for his "bad" jokes.

Many fans claimed the host's skits and jokes were "painful to watch".

Cedric came to the awards shows prepared with plenty of jokes and sketches, though many did not land.

As the host delivered his jokes, viewers took to Twitter to slam the comedian for his role as host.

One person wrote: "Yo. Cedric is bombing right now."

Another added: "I love Cedric but CBS promos 'disguised' as skits are painful to watch. Just bad."

A third chimed in: "Cedric is sinking faster than the Titanic."

The backlash continued as an Emmys viewer added: "I don’t find Cedric that entertaining…."