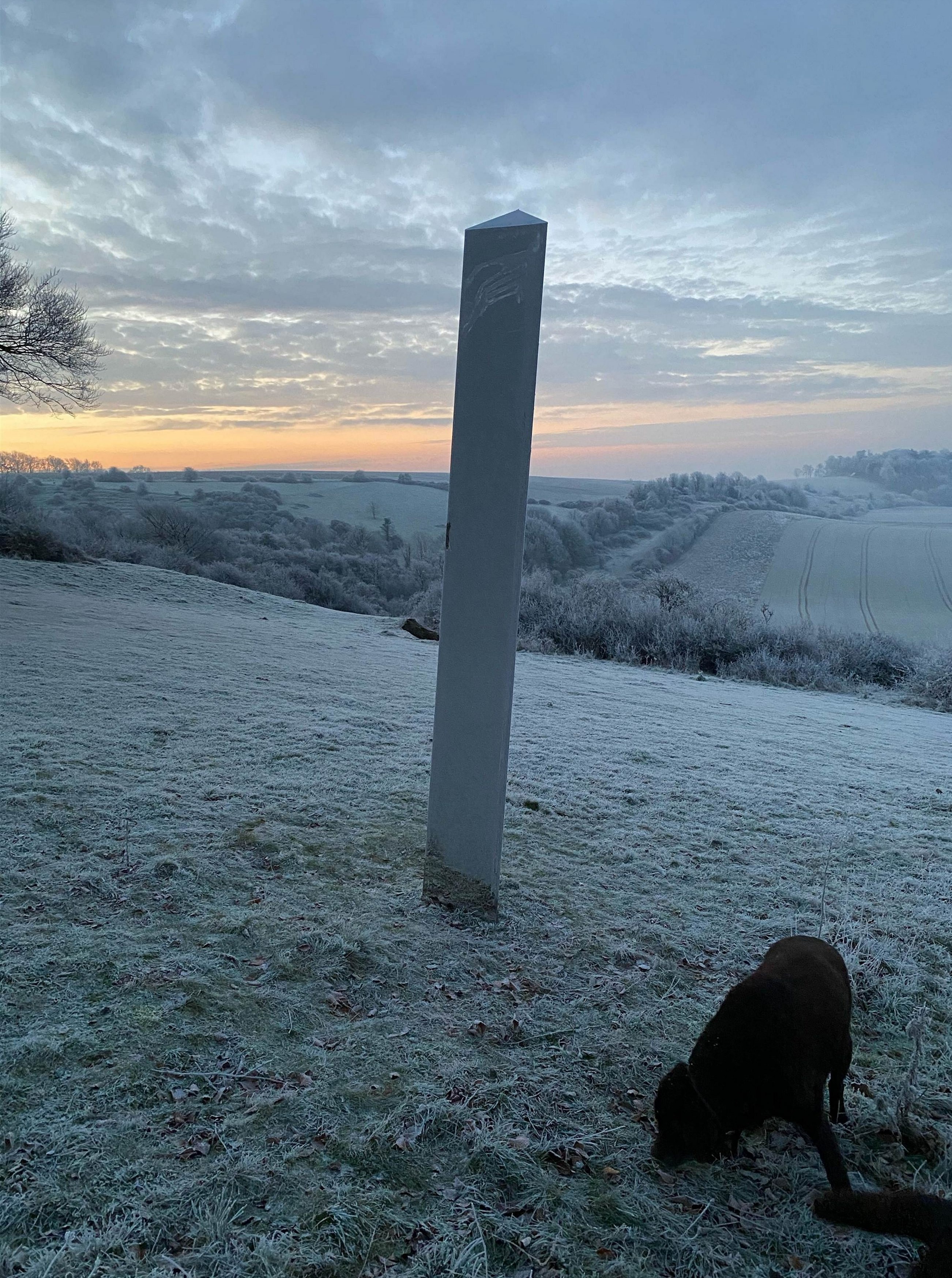 The greeting was written in the frost that had formed over it.

Jenny Istead, who was walking her dogs at 7am, said: “It was an unusual morning.

"I walk my dogs very early, we go up the downs at about 7 o’clock so it’s just starting to get light. We were making our way up the hill and I thought ‘gosh, what on earth is that?’.

“Right up by the top by the trees was this gorgeous monolith. It’s lovely. It was covered in frost but we just rubbed away a little bit and it’s got a mirrored surface to it and a pyramid at the top.

"It looks beautifully made – it is a real work of art.”

Jenny says she walks on Laverstock Downs every morning and that the monolith was not there yesterday. 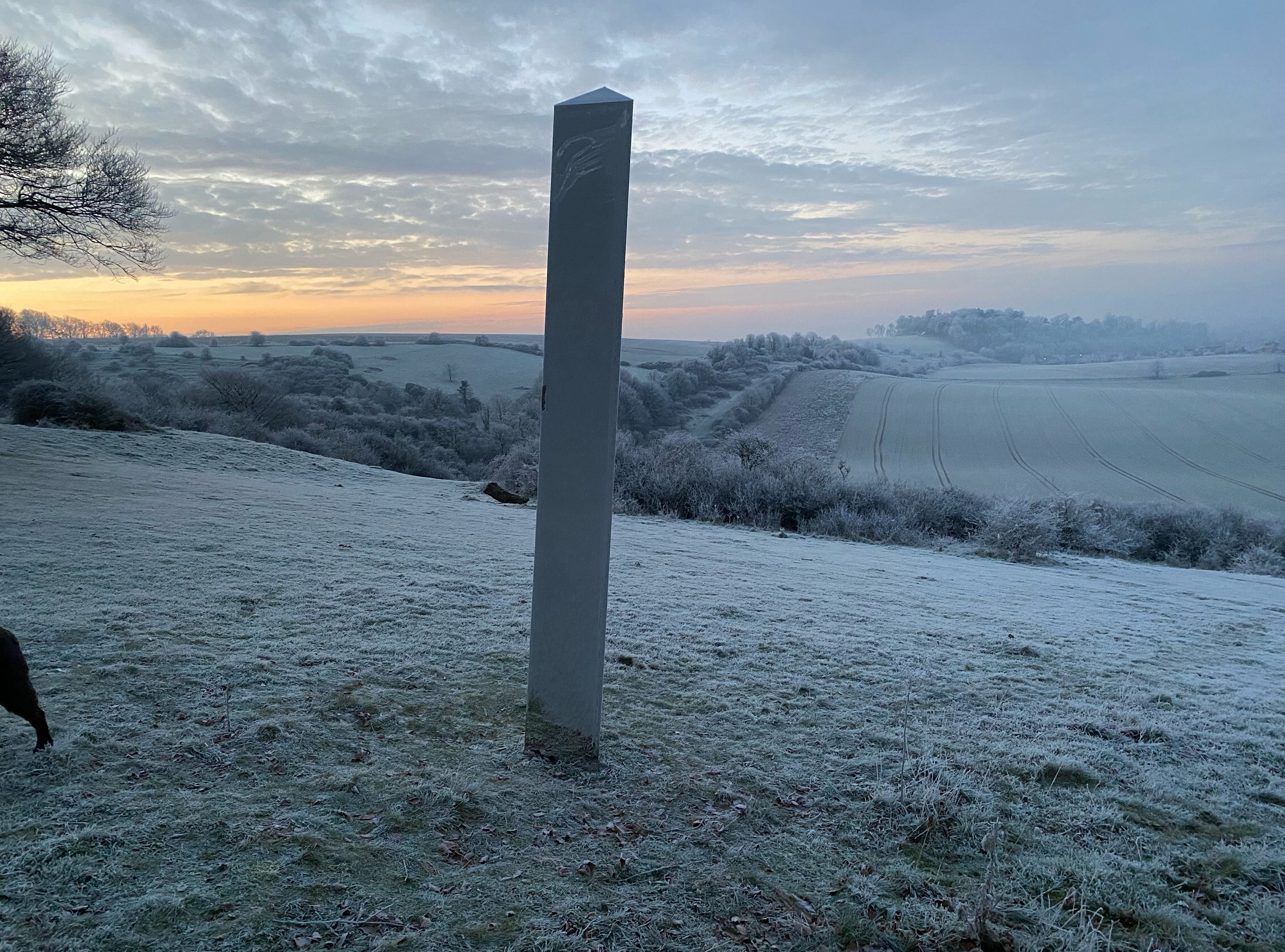 “I was just trying to make out what it was and as I got closer I realised it was a monolith,” she added.

Walker John Scammell said: “It’s pretty solidly in place but it is 100 per cent man-made.”

Monoliths have previously appeared at spots including the Isle of Wight and the Utah desert in the USA.