A DYING toddler was saved by a kidney transplant from a complete stranger after her parents made a desperate Facebook plea for help.

Joety and Amrik Kandola, from Newcastle, launched a last-ditch bid on social media for a kidney donor to save two-year-old Anaya, who had just months to live. 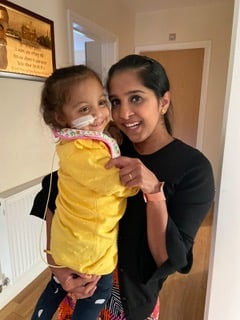 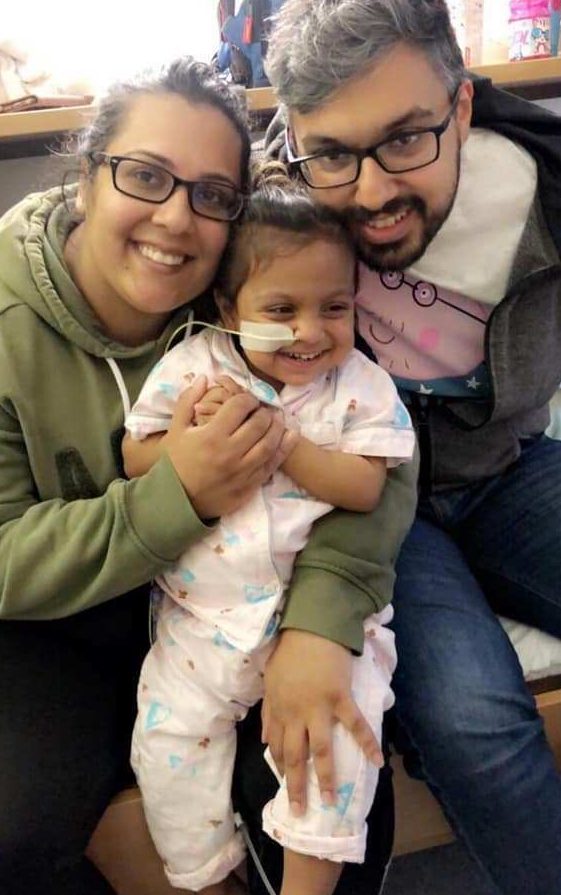 "Super-hero" NHS worker Surinder Sapal responded to the appeal shortly before last Christmas and offered to donate one of her kidneys to save the little girl.

Amrik, 33, told The Daily Mirror: “They say super-heroes are unreal but I think we have a real-life super-hero here.

"Surinder is a dream come true to us.”

Joety, 34, added: “If she did not have this transplant I don’t think she would have made it. Time was running out.

"She didn’t have any energy, wasn’t sleeping, she couldn’t walk, constantly vomiting.

“For Surinder to come into our lives and share her kidney was phenomenal. Anaya is our little miracle.”

Anaya was born prematurely with a disease that caused her kidneys to enlarge.

Surinder, a radiographer at Leeds Teaching ­Hospitals Trust, saw the page last year and was one of 34 people who replied to the family.

For Surinder to come into our lives and share her kidney was phenomenal. Anaya is our little miracle

The kidney transplant operation took place nine months after tests showed she was a match for the little girl.

Mum-of-two Surinder, 36, said: “I saw this mum pleading for a kidney for her baby.

“I felt, ‘What if it was my child and I was unable to help?’

"Anaya’s family described me as a ­super-hero, but I just see it as one mother helping another.”

Joety and Amrik didn't match with their daughter as her blood type had changed during transfusions.

Surinder and Anaya had their operations at Newcastle’s Freeman Hospital, with the tot now thriving and no longer facing a life on dialysis.

She said: “It was amazing seeing this person with a piece of me inside her thriving. They told me I am part of their family.I class her as a third daughter.”

Amrik and Joety invited Surinder to Newcastle to meet their family after Anaya's successful operation.

Amrik said: “Surinder is credit to her family, Leeds Teaching Hospital Trust and to the Sikh community.”

Leeds Teaching Hospitals NHS Trust consultant renal transplant physician Dr Sunil Daga added: “Surinder’s act of ­selflessness has not only given a gift of life to Anaya but also to her family and will have a far-reaching positive effect.” 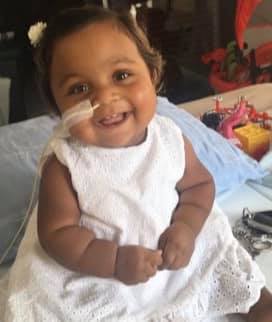