Drunk patient, 38, who smacked nurse on the bottom in hospital avoids jail after admitting sexual assault

A drunk patient who smacked a nurse on the bottom in hospital has avoided a prison term after admitting to sexual assault.

Andrew Pickup, 38, was taken to Royal Liverpool Hospital after suffering a seizure.

While he was being treated, he asked a nurse if she had a boyfriend, before smacking her behind, leaving her ‘shocked’ and ‘upset’.

Yesterday he appeared at Liverpool Magistrates’ Court, having previously admitted to one count of sexual assault.

Pickup was handed a 12-month community order, with 200 hours of unpaid work, he must also pay the nurse £500 in compensation. 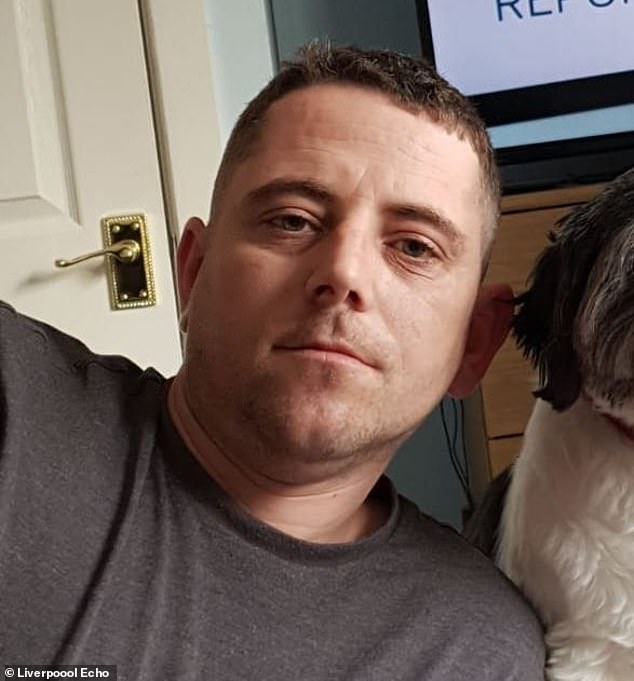 Andrew Pickup, 38, drunkenly slapped a nurse’s bottom while she was treating him at Royal Liverpool Hospital. He has been told to sign the Sex Offenders Register for five years after admitting to one count of sexual assault

Tom Hanlon, prosecuting, explained that Pickup was admitted to the Royal Liverpool Hospital last July ‘after having a seizure’.

Mr Hanlon explained Pickup was ‘intoxicated’ adding ‘the complainant was treating Mr Pickup in a cubicle.’

Pickup ‘began to become suggestive’ and was ‘asking if she had a boyfriend,’ the court heard.

When she responded that she did, Pickup said: ‘Well I want you to tell him he isn’t good enough for you.’

Mr Hanlon said: ‘She stood up to leave and he smacked her across her bottom.

‘She was shocked and upset. She informed a colleague and they informed police.’

The court heard that when Pickup was challenged by a security officer for his behaviour he said: ‘I know, I’m sorry it was disgusting, I know I shouldn’t have touched her.’

In a police interview Pickup said ‘he argued with his partner’ and admitted he had been drinking, adding that he didn’t remember but didn’t challenge what was put to him.

David Achilles, defending, said Pickup is ‘ashamed of his behaviour on this particular occasion’.

He said: ‘He apologises through me to the lady in question. It was out of character.’

Mr Achilles said Pickup ‘remembers very little if anything’ not only because he was ‘intoxicated’ but also because ‘he suffers seizures following a brain injury eight or nine years ago’.

He said: ‘He doesn’t dispute the evidence and has pleaded guilty at the first opportunity. He accepted that in interview.’

Mr Achilles told the court Pickup is in full time employment and said his ‘partner is standing by him despite the allegation’.

He said: ‘He is a man who is earning a living and simply wants to put this behind him.’ 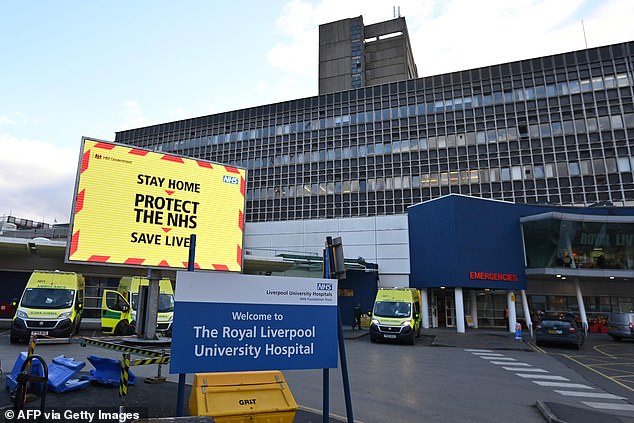 District Judge James Clarke told Pickup: ‘Members of NHS staff have a great deal to contend with at the moment. They do not need to have to additionally deal with people who are drunken and behaving in that manner.’ Picture: Royal Liverpool Hospital, where the sexual assault took place last July

District Judge James Clarke, sentencing, said: ‘This offence is serious to start with. Your solicitor is right to recognise this young lady was working in a vulnerable position.

‘Members of NHS staff have a great deal to contend with at the moment. They do not need to have to additionally deal with people who are drunken and behaving in that manner.’

The district judge noted Pickup has no similar convictions, shows ‘genuine remorse’ by way of his plea and has a ‘very strong prospect of rehabilitation’.

Pickup was handed a 12 month community order and must complete 25 Rehabilitation Activity Requirements and 200 hours of unpaid work.

He was also ordered to pay his victim £500 in compensation and pay prosecution costs of £85 as well as a £95 victim surcharge.