Reckless driver makes a MOCKERY of so-called Smart Motorway: TikTok user films himself IGNORING flashing red X lights as he zooms past traffic stalled by accident on motorway at NIGHT

This is the moment a driver weaved between closed lanes on a smart motorway as red Xs flashed in the signs above the lanes.

The motorist – known only as Daniel – who posted the video on TikTok captioned it ‘the masculine urge to skip the queue or I’ll poop my pants.’

The driver filmed himself crossing solid white lines over a cross-hatching as a long row of cars waited patiently on the third lane.

He then sped past multiple warning signs indicating the lanes are closed weaving between the lanes.

At one point Daniel drives under a red X sign indicating all three left lanes are closed.

Red X under lanes indicates closed lanes for the safety of broken-down vehicles, maintenance work or for other safety reasons on smart motorways.

Daniel then jumps through three lanes and joins the queue when he finds a gap in a long column of cars.

The driver was on a smart motorway  12 miles from Leeds M1. 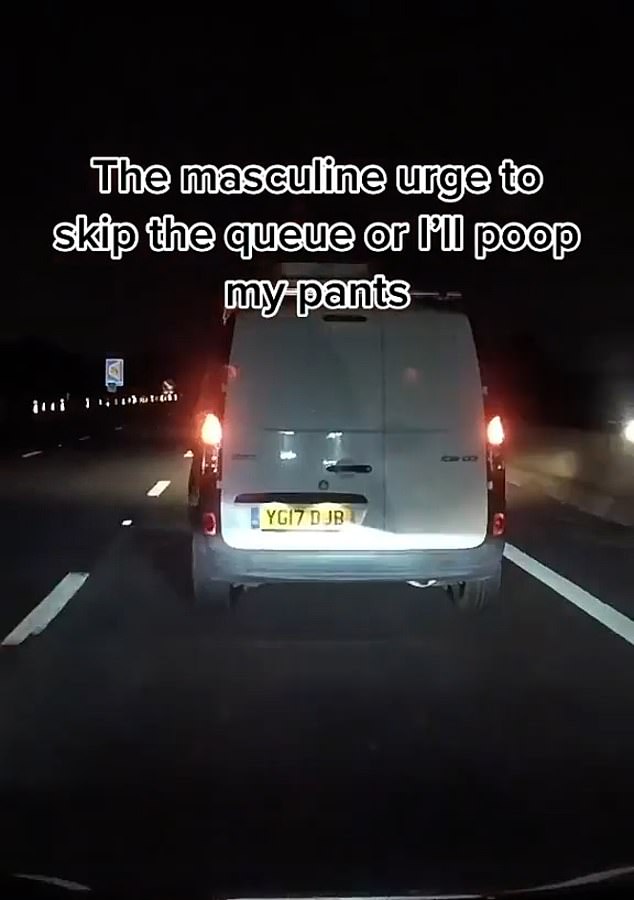 Daniel, the motorist, captioned his TikTok video ‘the masculine urge to skip the queue or I’ll poop my pants’. The video ends with him finally merging into a queue behind a white van

There have been mounting concerns about such motorways after several fatal accidents involving stationary vehicles being hit from behind.

Furious motorists blasted the TikToker online for his reckless driving.

Simon Rhodes said: ‘One day we will see footage of someone jumping a red X and driving over debris which will, hopefully, destroy their car’.

Lucy Woodham said: ‘People saying he is merging correctly but he’s literally driving through closed lanes on the motorway. 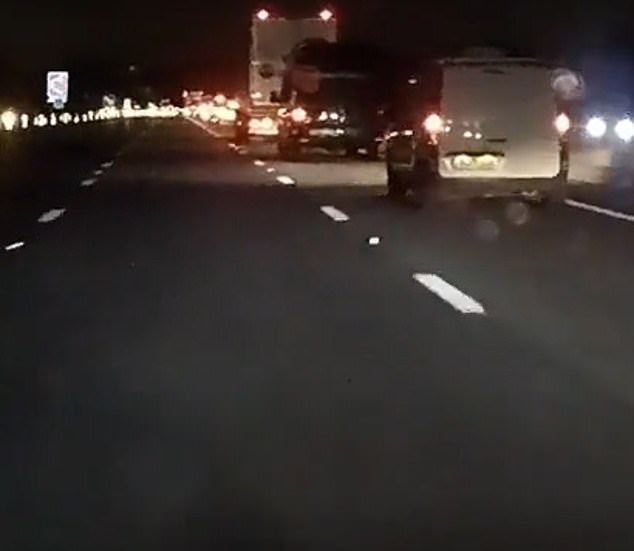 The driver, who possibly expected praise for his time-saving technique, created a backlash against himself with the

Tom Walford added: ‘Hopefully a fine appears at your door.’

Another added: ‘Not you driving in a closed lane straddling the white line and undertaking.

‘And people like you are allowed on roads, dear God.’

Others on the other hand praised the driver for his driving knowledge.

Dan Collier said: ‘Finally someone knows how to drive.’

Another added: ‘You are supposed to merge at the merging point when the cones block the lanes. [But] not well in advance. Some people cannot drive.’