The man claims to have been "violently thrown out" of Manchester Arena last night after security staff challenged him for wearing a waistcoat bearing the flag. 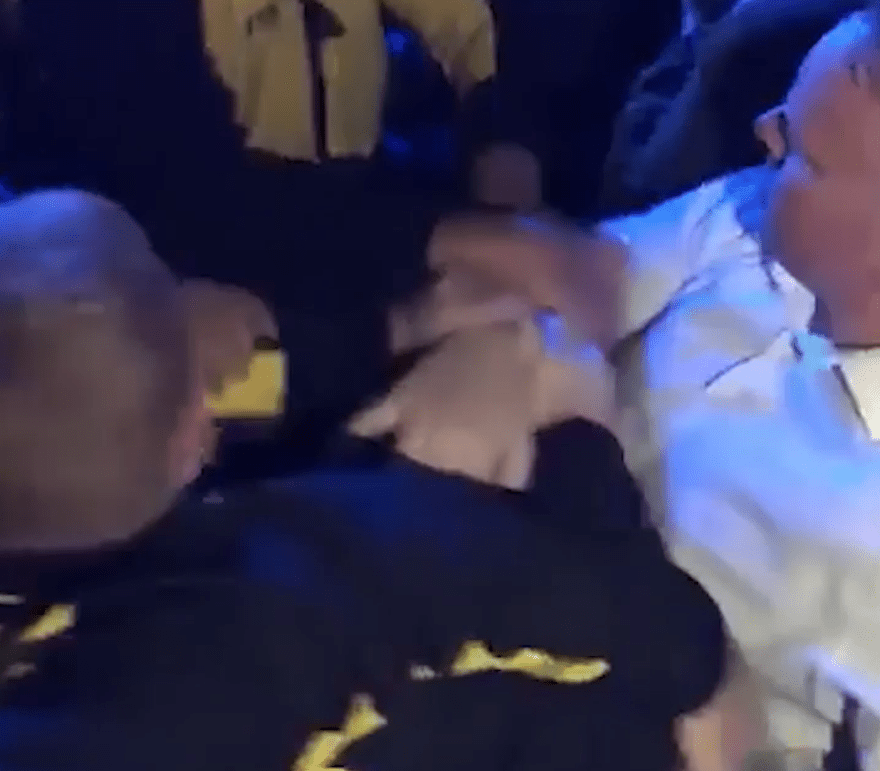 At the beginning of the clip posted on Facebook, a bouncer is heard saying to the fan and his pals: "He's been asked to take off his Union Jack waistcoat."

He then goes on to say that "no colours or anything" are allowed in the stadium.

The man's pal shouts: "That's racist against Britain," and, "He should be allowed to wear his Union Jack," followed by, 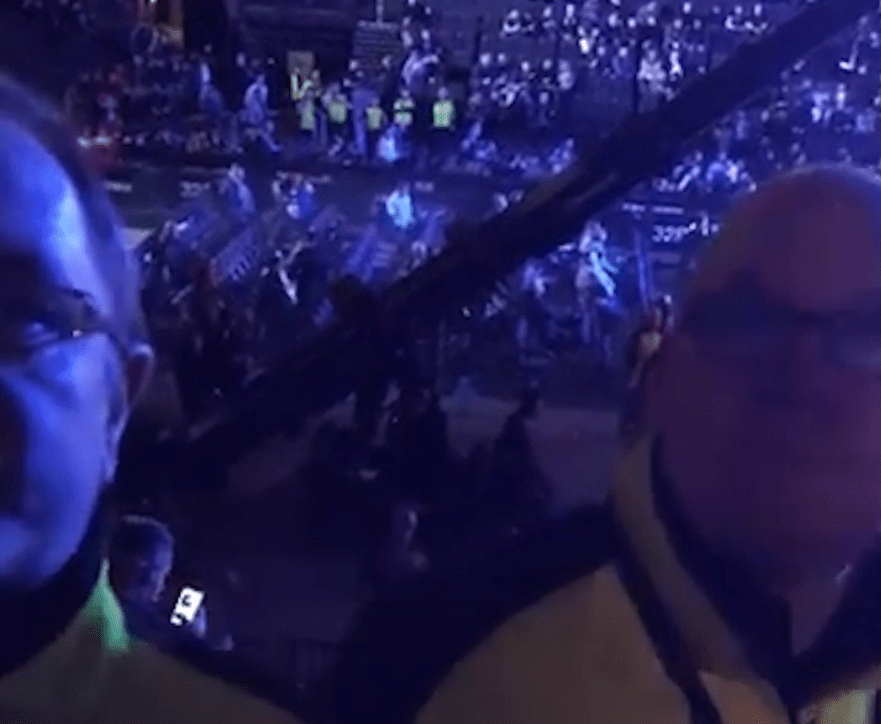 But when the fan refuses to remove his waistcoat, at least five more security guards surround him, two of  them grabbing hold of his arms.

As a struggle ensues, the Union Jack wearer can be heard shouting: "Take it, just take it," as his mates chant: "You're out of order, man," before the clip ends. 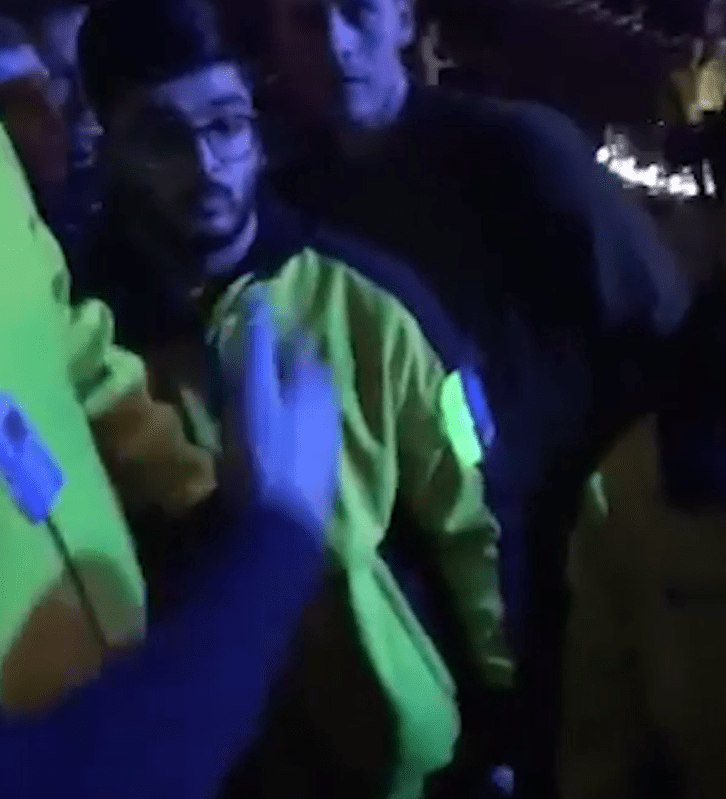 News of the ringside row soon emerged on social media, with users retweeting a message and picture seemingly posted by the disgruntled fan.

The photo shows him in his Union Jack waistcoat, posed up with pals at the ringside inside a stadium – though it's not clear whether this picture was taken at yesterday's fight.

Accompanying the picture is the message: "I've been violently thrown out Manchester arena for wearing a Union Jack waistcoat. Apparently this is an offence. 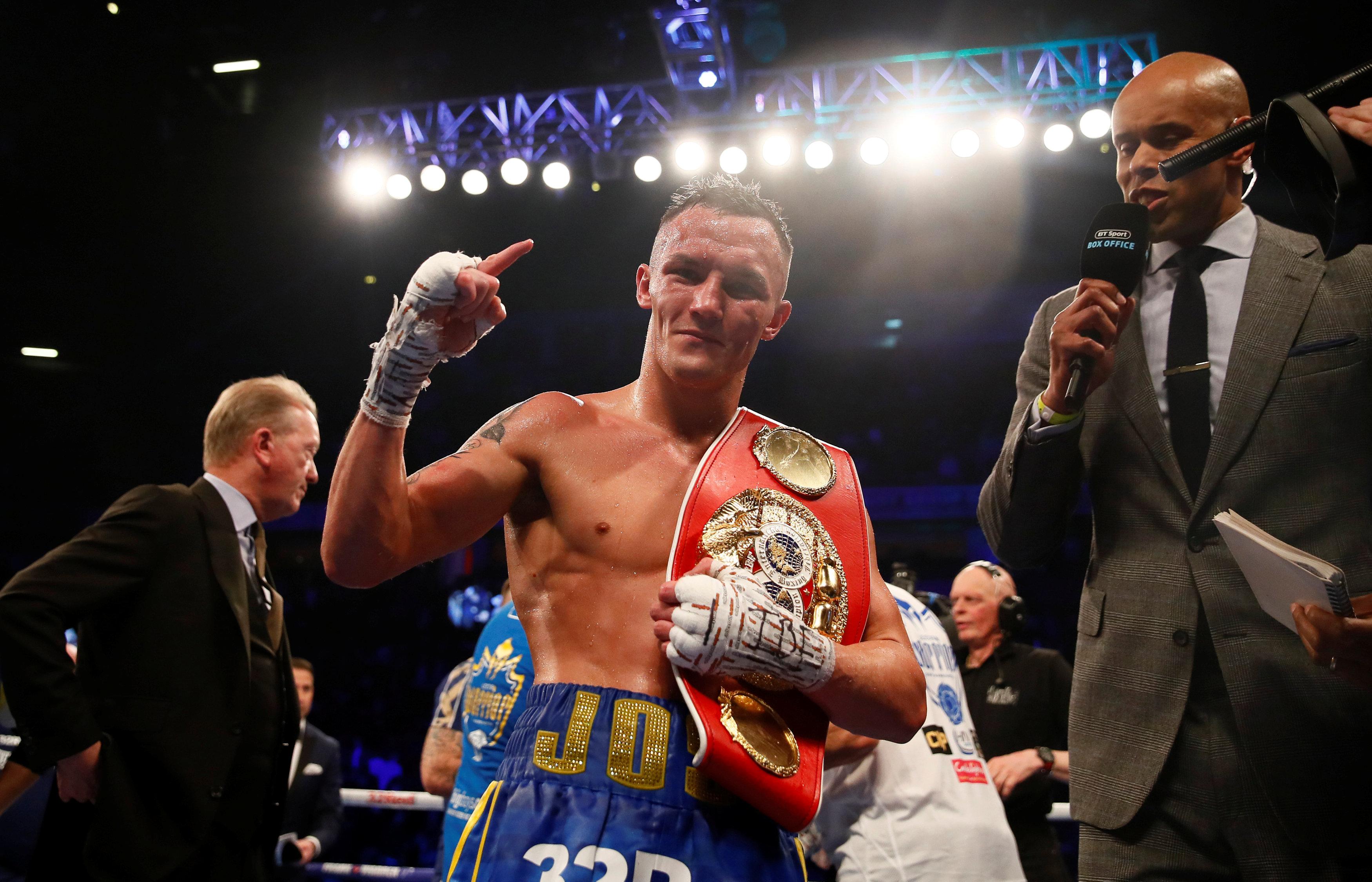 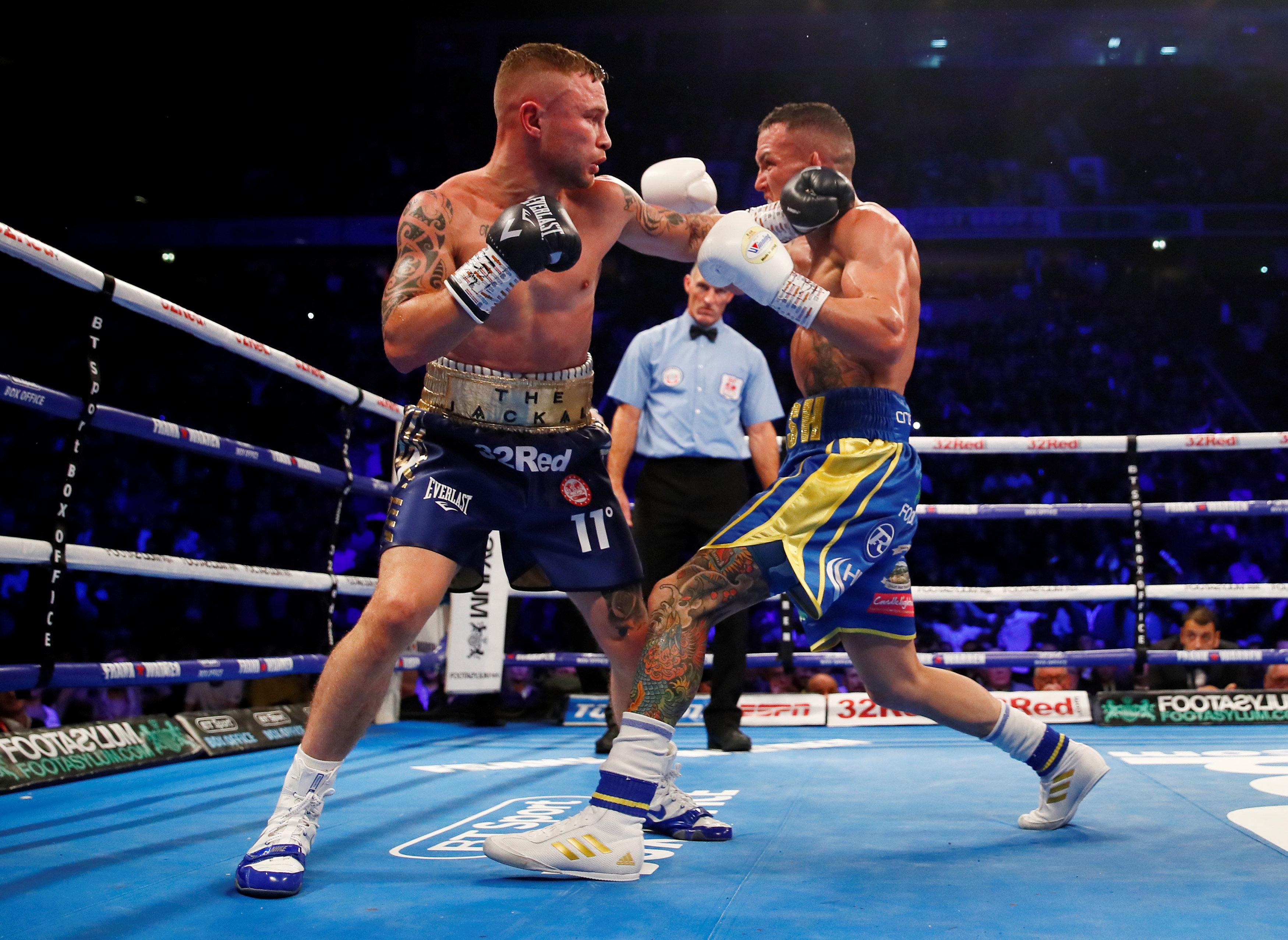 Other users were quick to respond.

Colin Thomas tweeted: "@ManchesterArena Can you tell me how wearing a Union Jack waistcoat, the flag of our wonderful union of countries of the United Kingdom, is deemed offensive."

The Sun Online has contacted the Manchester Arena for comment.