THE CORONAVIRUS vaccine programme is working but the next few weeks will be critical, Dr Hilary Jones has warned.

Cases of the virus yesterday dropped for the fifth day in a row and Dr Hilary said the data is "very encouraging". 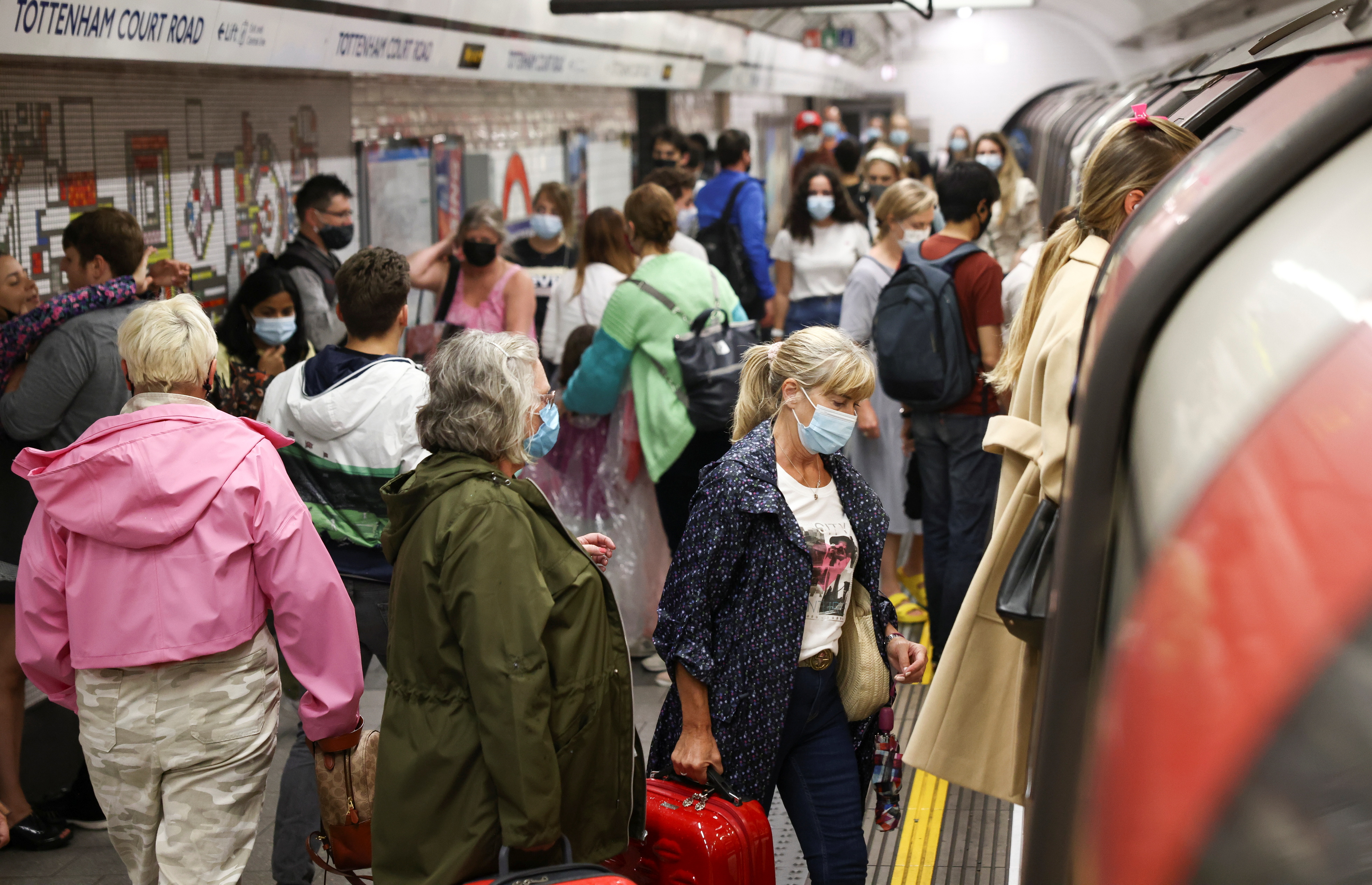 The country is seeing a sustained fall in reported coronavirus cases outside of lockdown for the first time since the pandemic began and Dr Hilary said that the majority of people currently in hospital with the virus are those who are unvaccinated.

The number of people testing positive for Covid plunged from 49,000 last Sunday to 29,173 yesterday, building hopes Brits may be past the worst.

Speaking on Good Morning Britain this morning, Dr Hilary said it's not yet clear as to how many tests have been taken over the last few weeks and that the the fall in rates would remain positive as long as people were still getting tested.

He said: "Five consecutive days they have gone down, that’s really encouraging.

"It's very encouraging, it shows that the vaccination programme is working. Hospitalisations and deaths however are on the rise, they always lag behind case numbers.

"We are 30,000 a day now down from 50,000 a day when restrictions were eased and lifted, so it is encouraging and we will keep our fingers crossed.

"I think the next week or two is going to be really critical to see what actually happens."

Dr Hilary highlighted the increase in fatalities and data shows that a further 28 people were recorded to have lost their lives yesterday, three more than the previous week.

The last round of coronavirus restrictions were lifted on July 19, with people no longer being required to wear a face mask in all settings and night clubs being opened once again.

Dr Hilary said that while cases might have caught up, hospitalisations and deaths will still be behind – so it won't yet be clear what sort of impact the lifting of restrictions would have had. 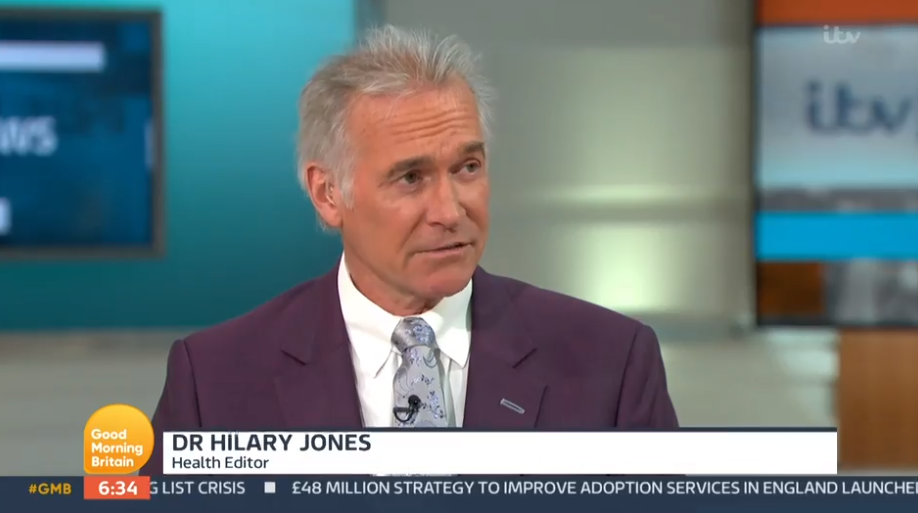 He added: "What worries some doctors is that we are seeing a lot more severe cases in younger people.

"Whereas it was a rarity to see people under 40 being admitted to ITU at the beginning of the pandemic, now because of the large number of cases, we are seeing more of them."

Millions of Brits have now had a first and second coronavirus vaccine.

Everyone over the age of 18 is now invited to get their vaccine and you can book your first and second dose through the NHS booking site.

Dr Hilary warned that it's unvaccinated people who are ending up in hospital and urged everyone to get their jab.

He said: "It is really imperative that more people come forward and not just get their second jab, but they get their first jab to begin with."

Vaccines are believes to have reduced waves of Covid deaths to ripples. 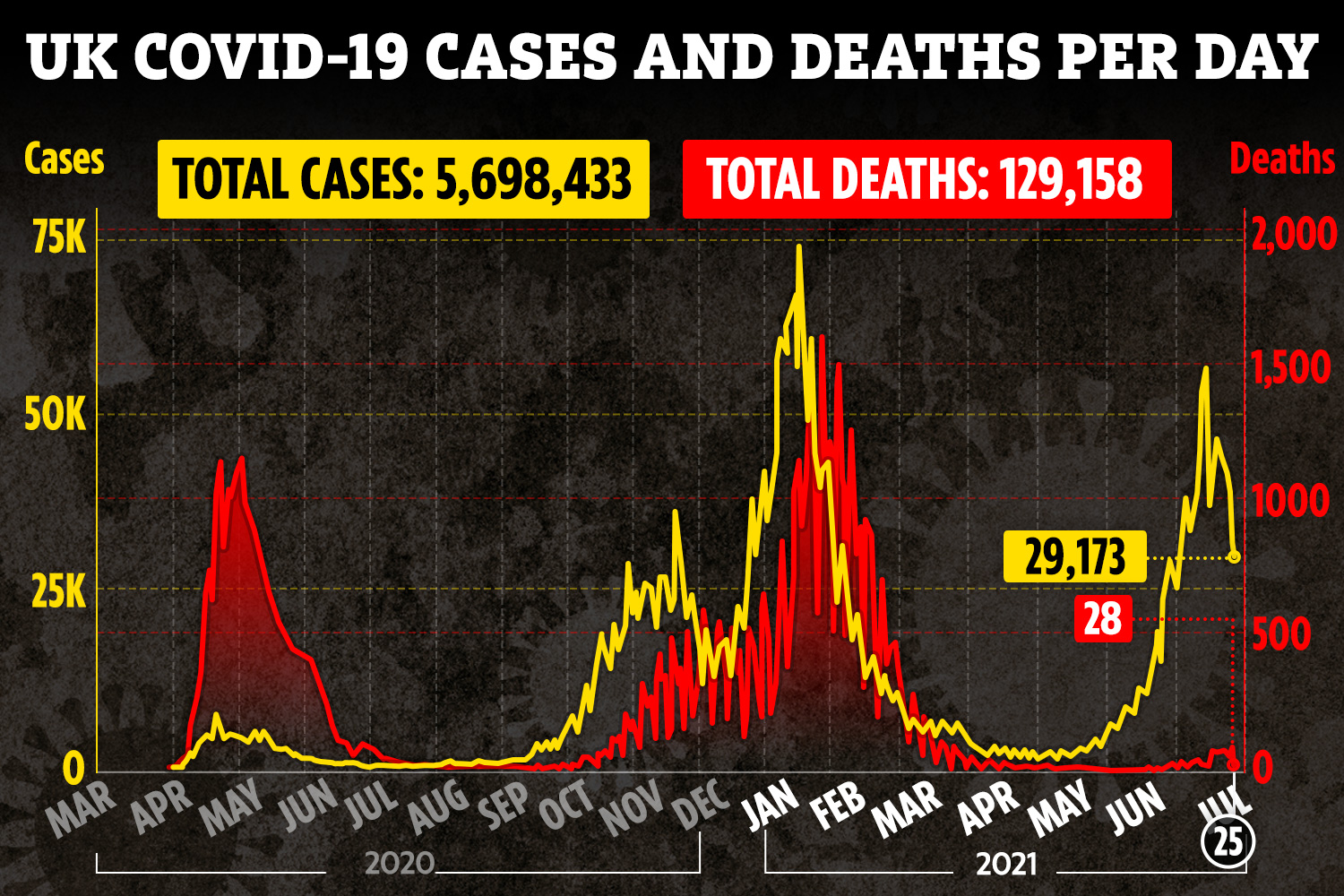 The third wave has so far peaked on July 19, when 71 lives were lost. However, on that day a massive 46,338 people tested positive.

Overall during the horror winter wave, when cases were at a similar level to now, there were almost 27 times more deaths, and nine times more hospitalisations.

Government data shows that at present, 917 people are currently being admitted to hospital each day with the virus.

There are over 5,000 patients receiving hospital treatment and 699 on a ventilator.