The Government does not believe air travel is ‘the ultimate evil’, according to Transport Secretary Grant Shapps, and travel, including aviation, should be ‘guilt free’.

Mr Shapps made the comments as he discussed plans to reach net-zero emissions ahead of Boris Johnson returning to the Cop26 climate summit for ‘transport day’.

His comments come amid criticism of people, including the Prime Minister, using planes for short journeys to attend Cop26.

Mr Shapps told The Telegraph: ‘I believe, as Transport Secretary, that we can get to guilt-free travel in this country.

‘There’s been an idea that’s been allowed to percolate that somehow if we’re going to meet all these different carbon commitments we are going to need to get to the point where we all stay home, that travel is somehow something which attracts great guilt.

‘It gets worse the further you travel, so flying is, of course, the ultimate evil, as it’s presented, and that’s just not what we believe as the British Government.’ 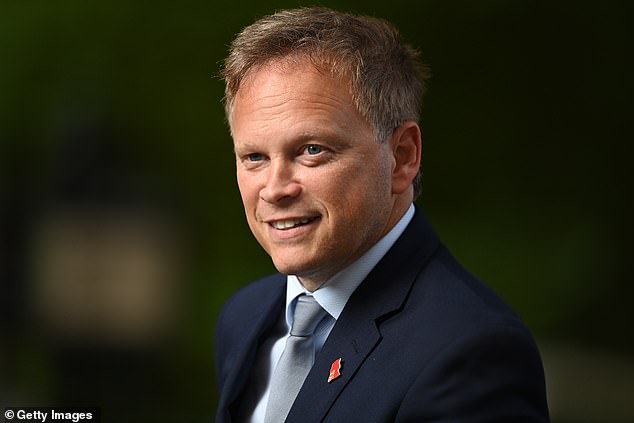 Transport Secretary Grant Shapps said the British Government does not believe air travel is ‘the ultimate evil’ and travel, including aviation, should be ‘guilt free’

He added any changes to the way we live our lives ‘should not be the inability to go and visit you friends and family and do business’.

Boris Johnson is set to return to the climate summit’s ‘transport day’, where a series of announcements on low carbon travel are due to be made.

The Prime Minister urged countries to ‘pull out all the stops’ ahead of returning to the Glasgow summit on Wednesday, as negotiators are set to scrutinise a first draft of a ‘cover decision’ – a negotiated outcome to the talks that aims to boost climate action.

Several transport aims have been drawn up, including that new heavy goods vehicles sold in the UK will need to be zero emissions by 2040.

Thirty countries have also agreed to work together to make zero emissions vehicles the new normal, and plans for ‘green shipping corridors’ will be unveiled – facilitating a shift to zero emissions vessels.

And 14 states, collectively making up for more than 40% of global aviation emissions, have put their names to a commitment to a new decarbonisation target.

Negotiators are also trying to hammer out agreement on technical parts of the global climate treaty, the Paris Agreement, including common timeframes for national commitments on emissions reductions and agreed ways for countries to report on their progress, to help turn pledges into action.

There are also negotiations on providing finance for developing countries to cope with climate change and address the issue of loss and damage to people, livelihoods, land and infrastructure caused by global warming in poorer nations.

Mr Johnson said: ‘Negotiating teams are doing the hard yards in these final days of Cop26 to turn promises into action on climate change.

‘There’s still much to do.

‘Today I’ll be meeting with ministers and negotiators to hear about where progress has been made and where the gaps must be bridged.

‘This is bigger than any one country and it is time for nations to put aside differences and come together for our planet and our people.

‘We need to pull out all the stops if we’re going to keep 1.5C within our grasp.” 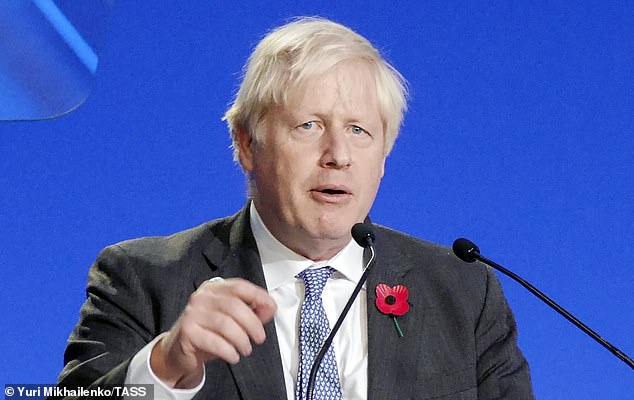 Boris Johnson is set to return to the Cop26 climate summit for ‘transport day’, where a series of announcements on low carbon travel are due to be made

The draft cover decision is being published on Wednesday morning, with delegations expected to be in contact with their leaders and capitals to discuss what their position on it will be – particularly in those countries whose leaders did not attend the world leaders summit, such as China and Russia.

Countries are positioning themselves for the final days of negotiations, with Nick Mabey from climate think tank E3G suggesting ‘a high ambition outcome is still on the table’ and momentum is with those countries pushing for ambition.

A ‘High Ambition Coalition’ of vulnerable countries and others including the US and Europe countries is calling for nations to submit action plans in line with limiting temperatures to 1.5C in the next year and long term plans to meet the target by 2023, though there is pushback from other countries.

The Prime Minister will be joined by the UN Secretary General Antonio Guterres in Glasgow, where he will meet with heads of delegations and other groups.