Asher Freeman flipped the card the trainer handed them over and over, examining illustrations of different body types labeled with fat percentages. One side men, the other women. Freeman considered the trainer’s question: Which one do you want to look like?

Freeman wanted to grow muscles to “present in a way that was more in line with (their) gender identity,” which didn’t match either choice on the card. That felt difficult to explain when presented with only two options on the card, and the same limited locker room choices.

Freeman experienced “a lot of weird interactions that trans people have most places” at big box gyms, the same type of fitness centers Lore McSpadden-Walker also worked at briefly. There, McSpadden-Walker hid their identity to feel safe.

Now, Freeman and McSpadden-Walker lead independent movement groups for people who can relate to their, and each other’s, unique lived experiences. They create trainings with firsthand understanding of sensations, negative and positive, transgender or nonbinary people might experience during movement. Their groups join several others that prioritize delivering health and wellness education to historically oppressed identities from members of their same communities.

“We’re going to put intention, learning and policy into prioritizing the needs of those who face greater barriers, not toward those who already have tons of other places,” McSpadden-Walker said.

In case you missed: It’s National Coming Out Day. But could coming out as LGBTQ be over someday? 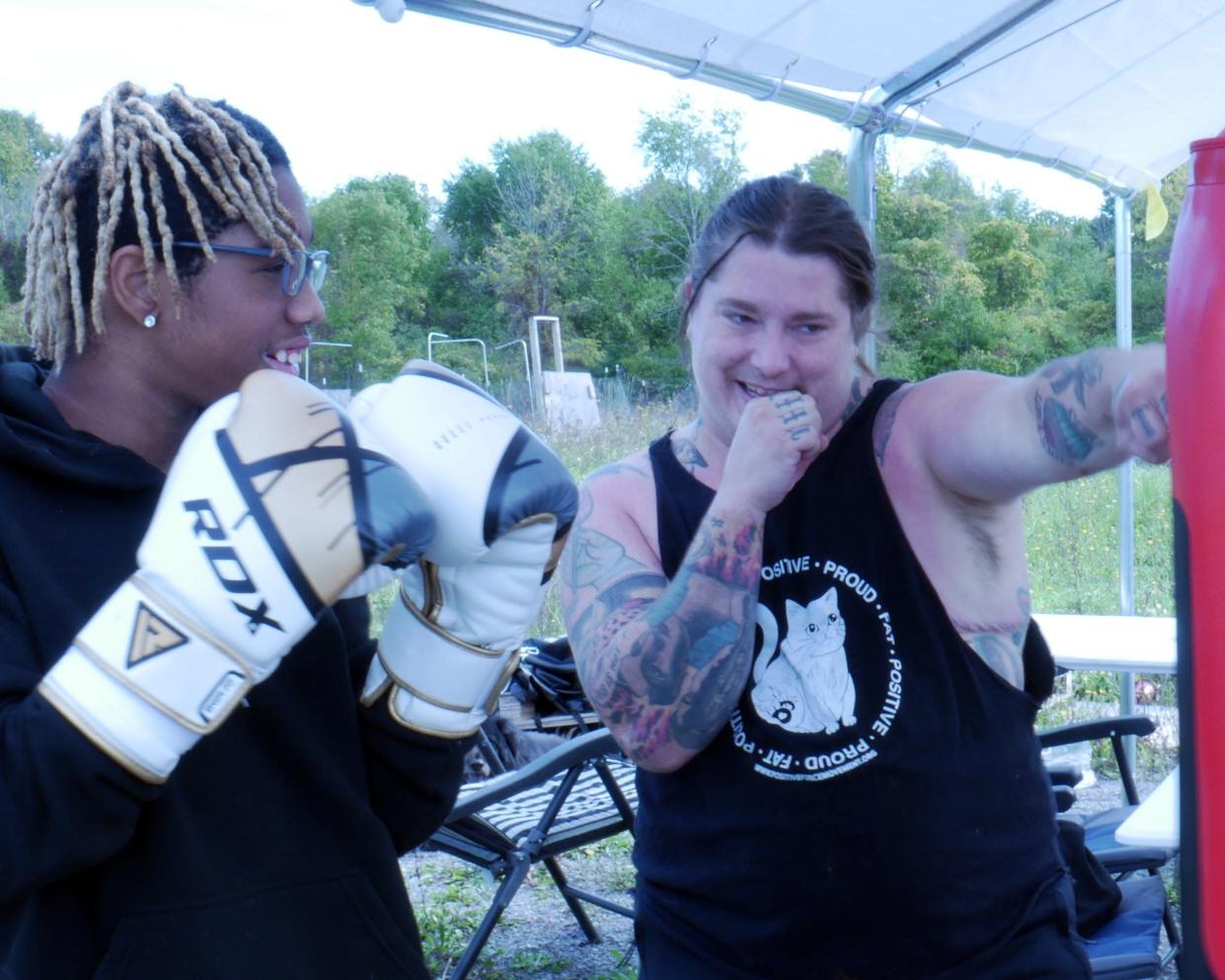 Language McSpadden-Walker uses is one subtle intentional effort. They and their spouse, Christine Walker-McSpadden, who co-founded Positive Force Movement in Rochester, New York, call themselves “educators” rather than “coaches,” which they adopted as they shifted away from offering traditional strength and conditioning training. Freeman, who runs Nonnormative Body Club in Philadelphia, similarly strays from traditional workout rhetoric and classes. They make it clear from the start they don’t offer programs to help make people thinner.

Both McSpadden-Walker and Freeman avoid using “exercise” or “workout,” instead favoring terms like “intentional movement.” Someone training for a competition moves with intention, as does a person living with chronic pain who cleans their room while being “aware of [their] movement patterns,” McSpadden-Walker explained.

“The idea of exercise or working out or training might feel helpful to a person, in which case those aren’t off the table,” they said. “But the [words] I found that provide the most expansive entry points are ‘intentional movement’ and ‘play.'”

Karen Rogers, owner of Exercise Express, also based in Rochester, considers her offerings “community-oriented recovery and empowerment services.” Her staff supports people to reduce weight, but they urge clients not to strive for someone else’s body, like models on the card Freeman received. Instead, they take a holistic approach to help clients lead healthy lives, which includes encouraging clients to schedule regular doctor’s appointments or supporting participants in a diabetes prevention program.

Important: Queer conversion therapy is still practiced in the US. Experts say we need to talk about it. 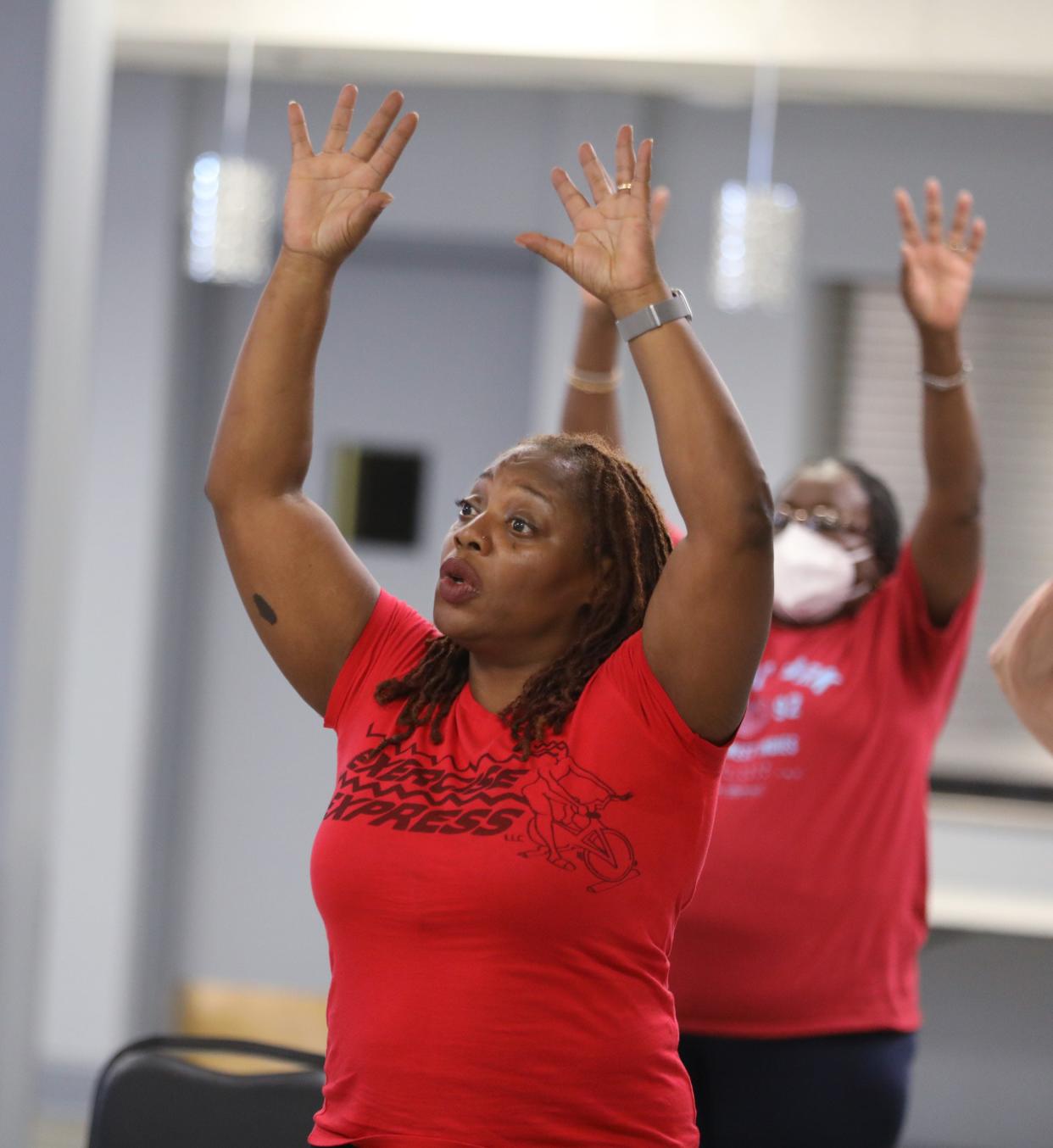 Black, Indigenous and people of color make up 95% of Exercise Express’s staff, Rogers said. She also employs certified peer recovery coaches who support clients and families through mental health and substance use struggles, which she considers “the answer to people not going into traditional rehab.” That works in tandem with their services for Medicaid recipients: at-home behavioral health services and SilverSneakers, a wellness program for seniors on certain Medicare plans.

“We do nontraditional things that reflect our community. So many of the people in our programs are BIPOC,” Rogers said. “We work with the most disenfranchised population[s], people who may not even feel comfortable going into a gym. What we focus on is whatever you represent, we can do that.” 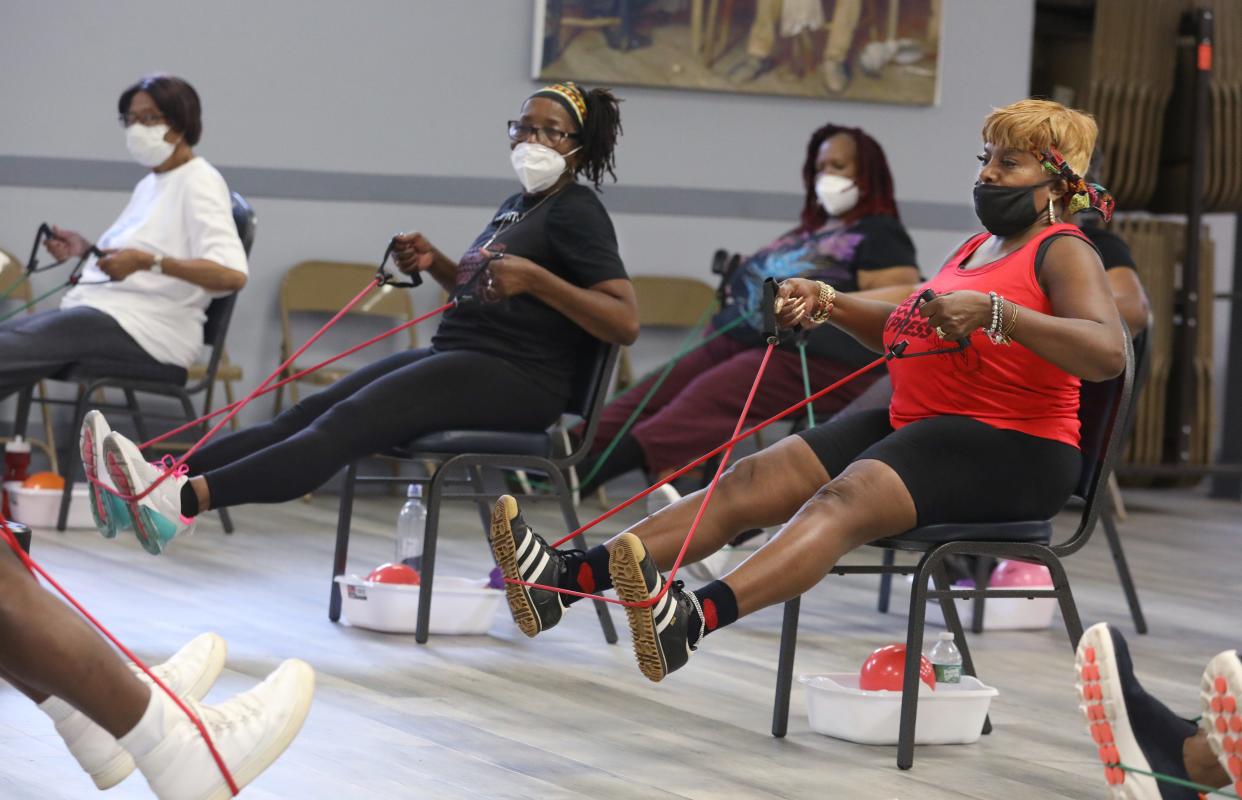 The Positive Force Movement duo works extensively with larger-bodied people and those with varying abilities. Like Freeman, the couple easily adapts movements to best serve transgender or nonbinary people.

“As a trans person I feel like I have a better sense [and] I’m not going to make assumptions about what anybody wants to look like or feel like in order to present [or] feel affirmed in their gender,” Freeman said.

Some movement patterns can stir up body dysphoria – a feeling of disconnect between one’s self and their body that many transgender or nonbinary people experience – a concern clients often share with Freeman. A transgender masculine person might raise their hips high into the air in a downward dog position, a stretch in which one’s torso and legs form a V shape. The mover might then fixate on their hips, and instead of a pleasant stretch they become aware of and uncomfortable with their body image.

“A lot of trans people have these kind of landmines where we’re working together and suddenly we hit something that feels really uncomfortable because all of our memories are stored in our bodies,” they said. “It’s super important to recognize that when it’s coming up, not trying to push someone beyond what feels safe and comfortable, and knowing when to shift gears.”

Freeman and McSpadden-Walker credit their philosophies to teachings from Decolonizing Fitness, a resource hub that helps people “unlearn toxic fitness culture,” according to its website. The organization provides reading materials filled with tips for creating affirmative, anti-racist and anti-oppressive movement practices. All three groups share the same mission of building movement communities for people who do not always feel welcomed, accepted or understood in corporate-run fitness centers.

Decolonizing Fitness Owner Ilya Parker curated a workout series specifically for transmasculine trainers, including ideas for self-massaging top surgery scars and a compilation focused on Black transmasculine people’s experiences. A chest-building manual advises trainers on methods to achieve what Freeman set out to do at the start of their weightlifting journey: to feel a deeper connection between their gender identity and their outer presentation.

Did you see? Many young adults now identify as transgender or nonbinary as social media helps more people come out

People who navigate systemic marginalization “were taught in a lot of different ways that our bodies can’t be trusted or aren’t optimal,” McSpadden-Walker said, something that they and Freeman heard often in mainstream gyms. But they along with Walker-McSpadden, Freeman and Parker strive to “empower” people by teaching them about and helping them feel comfortable in their bodies.

“[It is] very radical, very revolutionary in reclaiming our right to be present,” McSpadden-Walker said. “At times, it’s in pleasure and bliss in our bodies, when we live in a world that in so many ways, is intent on harming aspects of our bodies.”

Sammy Gibbons is a culture reporter for the USA TODAY Network’s Atlantic Region How We Live team. Email: [email protected] | Twitter: @sammykgibbons. For unlimited access to the most important news, please subscribe or activate your digital account today.