Dominican Republic cabinet minister, 55, shot dead by his childhood friend, who turned himself in to authorities after fleeing to a church where he confessed to a priest ‘I just killed a person’

The Dominican Republic’s minister of the environment and natural resources – the son of a former president – was shot and killed in his office on Monday by his childhood friend.

Orlando Jorge, 55, was shot by Miguel Cruz, who fled the scene and sought refuge at a church in the Santo Domingo neighborhood of Enriquillo.

A spokesperson for the Jesus Christ High and Eternal Priest Parish told Dominican newspaper Listín Diario that Cruz walked into the church and told the priest, ‘I came here because I just killed a person.’

National District Mayor Carolina Mejía was inside the building and walking to Jorge’s office for a scheduled meeting with the minister when her security detail heard shots. She was turned away from an elevator and escorted out.

Cruz’s motive for the shooting Jorge was not immediately apparent to investigators.

‘We express our deepest condolences,’ the office of President Luis Abinader said.

Jorge comes from a powerful political family. He is the son of former Dominican President Salvador Jorge Blanco, who ruled the country from 1982 to 1986. 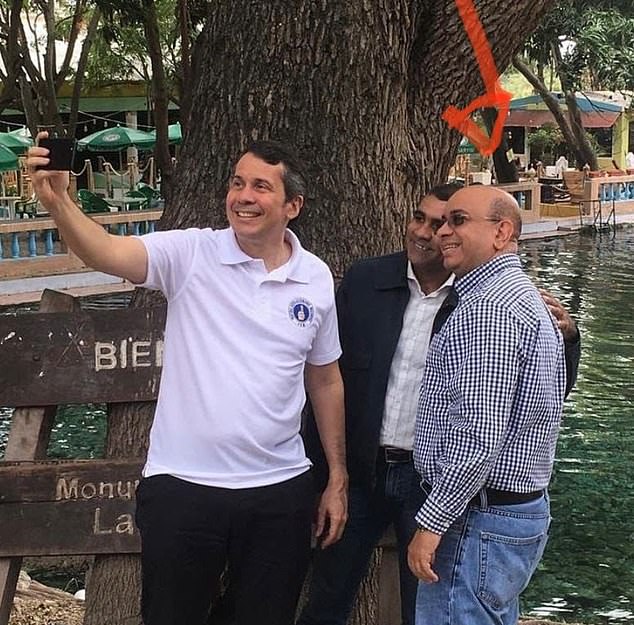 Orlando Jorge (left), the Dominican Republic minister of the environment and natural resources, with his killer and childhood friend, Miguel Cruz (right) 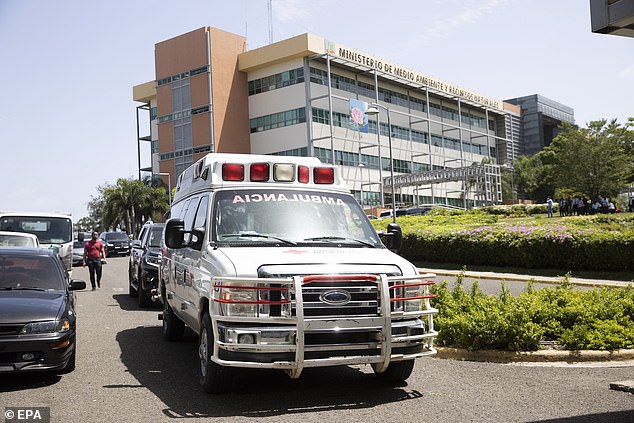 An ambulance leaves the Ministry of the Environment of the Dominican Republic  in Santo Domingo after the minister, Orlando Jorge, was shot dead by his childhood friend, Miguel Cruz 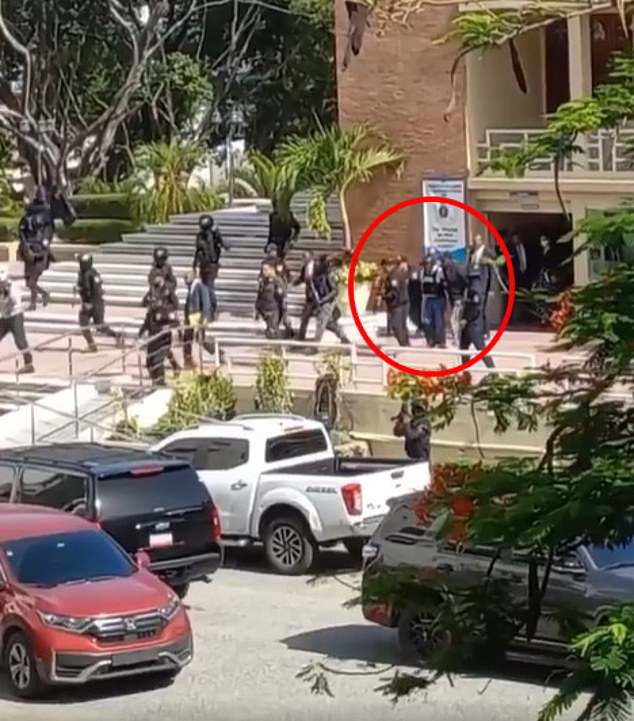 Police escort Miguel Cruz from the Jesus Christ High and Eternal Priest Parish where he sought refuge after killing Orlando Jorge (left), the Dominican Republic minister of the environment and natural resources

His sister, Dilia Jorge, is a vice minister in the Innovation, Transparency and Citizen Attention Ministry.

Orlando Jorge’s son, Orlando Salvador Jorge, is a lawmaker for the Modern Revolutionary Party, of which he is a founding member.

The family issued a statement saying that Cruz had been Jorge’s friend since childhood, and that Jorge was shot multiple times.

‘Our family forgives the person who did this. One of Orlando’s greatest legacies was to not hold grudges,’ it said.

Police and emergency officials swarmed the office of Environment and Natural Resources Ministry in the capital of Santo Domingo and barred entry to it as mourners gathered nearby. 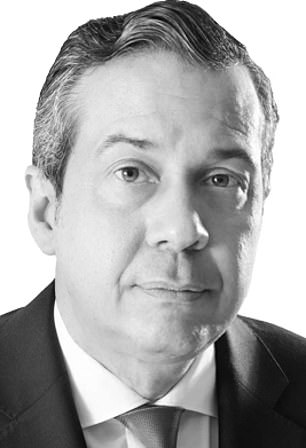 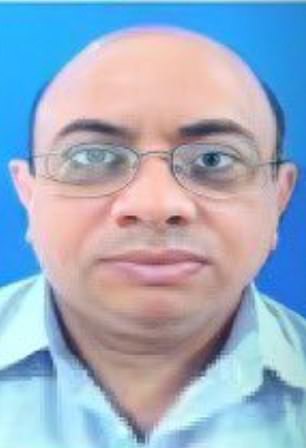 The Dominican Republic’s minister of the environment and natural resources, Orlando Jorge (left), was shot dead in his office by his childhood friend Miguel Cruz (right) on Monday morning

Jorge’s office is located on the fourth floor of a building that also houses the Ministry of Tourism.

‘We are troubled by the situation,’ Jorge’s ministry said in a brief statement.

Bartolomé Pujals, executive director of the government’s Cabinet of Innovation, wrote that he lamented the killing.

‘His death is a tragedy,’ he said. ‘We Dominicans have to come together to achieve a pact for peace and peaceful coexistence. No more violence.’

Jorge was an attorney who was appointed minister of the environment and natural resources in August 2020.

Just hours before he was shot, Jorge lamented the death of Sofía Sánchez, a former lawmaker under the Dominican Revolutionary Party who passed away Sunday.

‘I have known Sofía Leonor Sánchez Baret for many years,’ he tweeted. ‘Political, honest, democratic and supportive. Rest in peace.’