AN ELDERLY dog was found chained up to the gates of kennels with a note declaring he had been dumped because he "had not learned to be good".

The black labrador is believed to have been abandoned outside a kennels in Upchurch, Kent, by its owner of ten years. 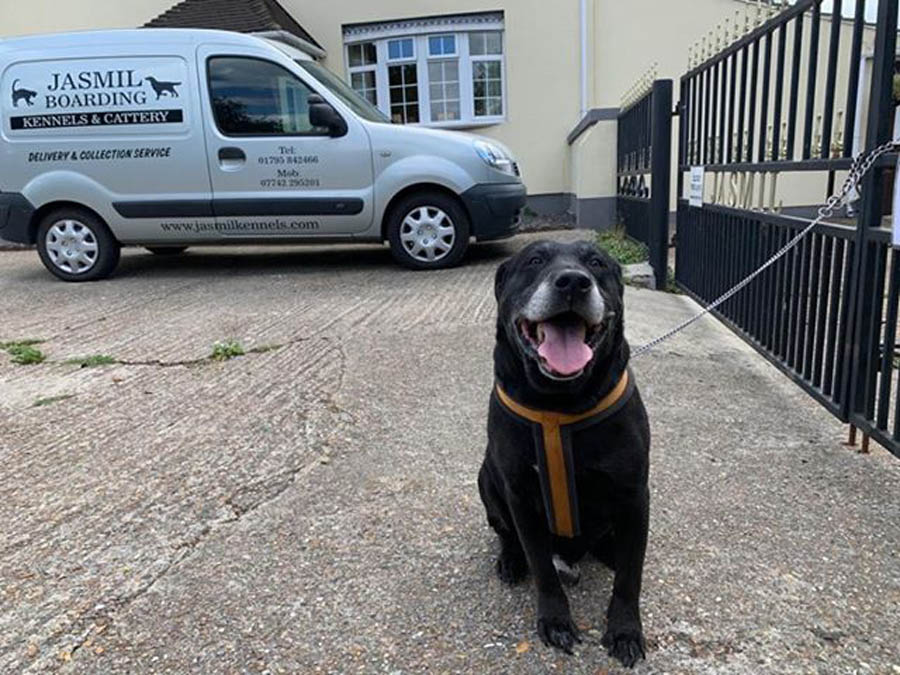 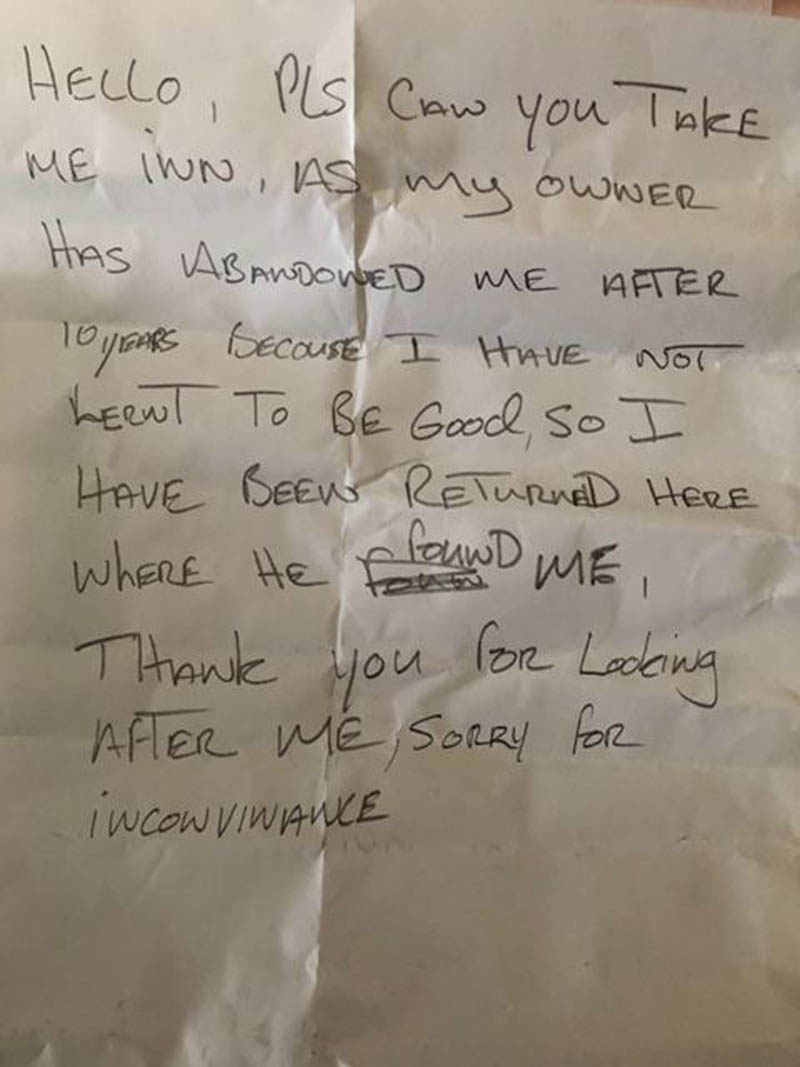 Swale Borough Council workers are desperately trying to track down the dog's owner.

The council's Stray Dogs Service posted pictures of the note and the dog on Facebook.

The service, which said the dog had not been micro-chipped, said: "This elderly black labrador was found tied up to railings at Jasmil Kennels this morning. We would very much like to speak to the owner to establish why the dog has been abandoned.

"If you recognise him and can be of any assistance, please contact the council in confidence or message this page. He will now be taken into our care."

A spokesperson for the council added: "If an owner is struggling with their dog, this is not the way to deal with it.

Please can you take me in as my owner has abandoned me after 10 years because I have not learnt to be good.

"Rehoming is the last option, but this isn't the way to do it, so we would appreciate any information we can get so we can speak to the owner."

The handwritten note read: "Please can you take me in as my owner has abandoned me after 10 years because I have not learnt to be good so I have been returned here where he found me."

Animal charities have spoken out recently over fears that many British households will be abandoning or rehoming dogs after impulse buys during lockdown.

Tragically, the RSPCA has received thousands of calls over abandoned dogs.

The numbers of animals being cared for by the RSPCA has risen by more than 1,500 to 5,600 during the pandemic.

And while 16,519 animals were reported abandoned to the RSPCA between June and August 2019 – around 30 per cent of the total that year – they now fear that number will increase even more this year, as lockdown eases and people continue to struggle financially.

Animal welfare charity Blue Cross says their biggest concern now is puppies that were bought during lockdown may not have had chance to socialise with other dogs – making them more unruly when lockdown lifts.