Madison Bumgarner lasted one inning and one substance check on Wednesday.

The Arizona Diamondbacks pitcher was ejected from his start against the Miami Marlins after an argument with first base umpire Dan Bellino resulted in the southpaw having to be pulled away by bench coach Jeff Banister.

Bumgarner did not appear to be ejected for having a sticky substance of any sort on his hand. Rather, it seemed he and Bellino had some simmering tension when the two came into contact for the mandatory foreign substance hand check, resulting in a comment from Bumgarner and an immediate ejection from the umpire.

Bumgarner finished his day with one innings pitched, one hit, one earned run, no walks and no strikeouts. He had been visibly annoyed in the first inning after a couple close pitches weren't called strikes. One of those pitches preceded a leadoff home run to the Marlins' Jon Berti.

Bellino must not have been happy with that reaction. The umpire went out of his way to violate the cardinal rule of Madison Bumgarner: "Don't look at me."

Is this a hypnosis or a hand check? pic.twitter.com/Yw8aeTf4RF

As the Diamondbacks' cable affiliate helpfully notes, umpires typically do not use a foreign substance check to stare down a player for several seconds.

The difference between MadBum's and Hernandez's hand checks is striking. pic.twitter.com/CRPOuRXBUE

Bumgarner entered the game on a strong run to open the season, with a 1.17 ERA and 15 strikeouts in 23 innings across five starts. 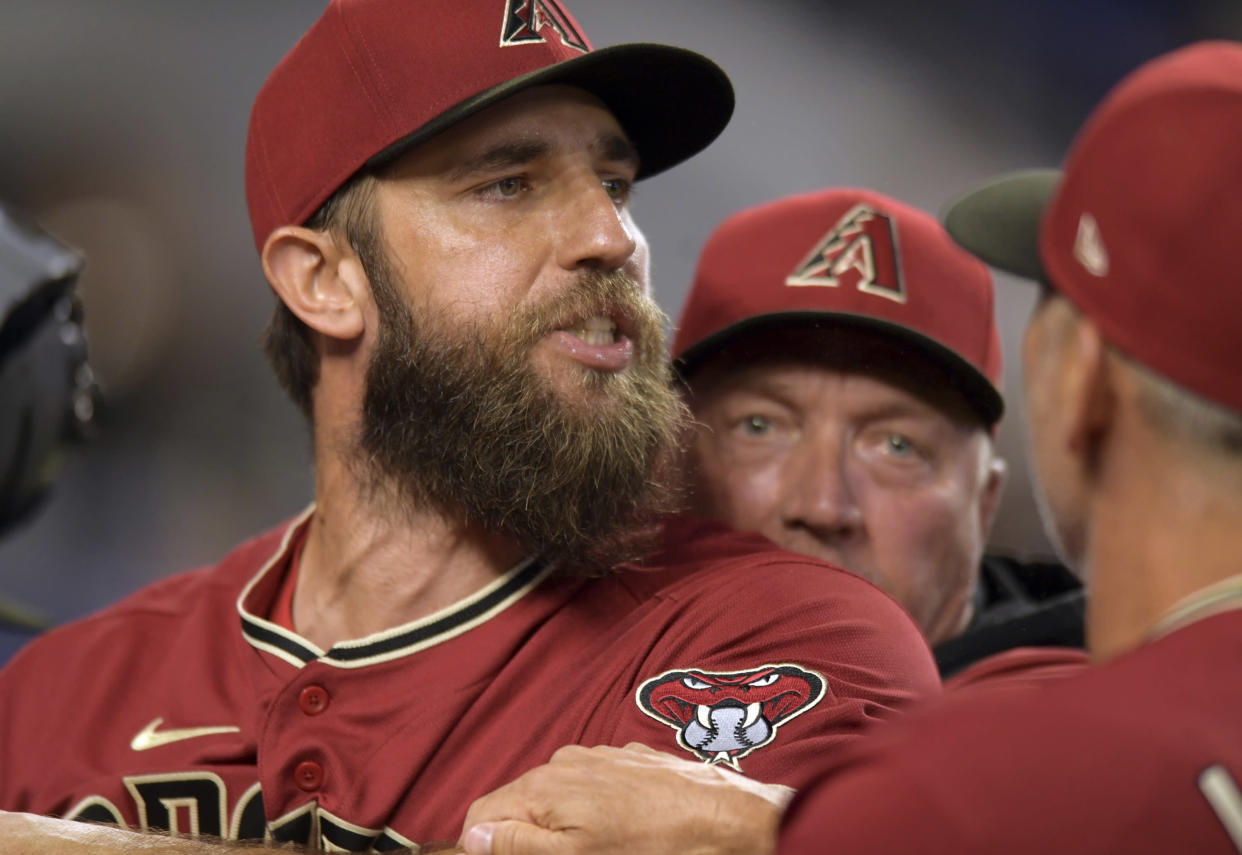