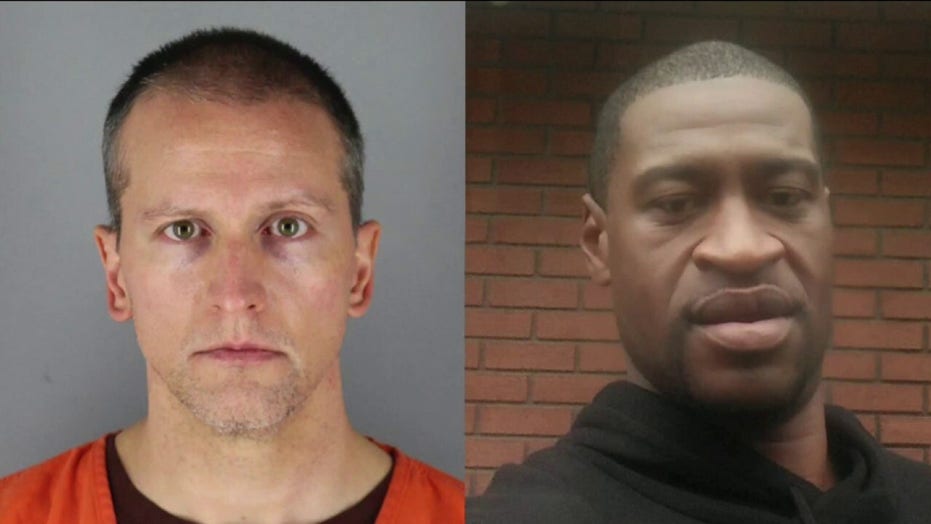 One of the six jurors dismissed Tuesday in the trial for ex-Minneapolis cop Derek Chauvin had voiced concern in court that rioters could attack his home — or come after his wife and kids — should his name ever be released during proceedings in the death of George Floyd.

Jury selection for Derek Chauvin opened Tuesday, a grinding process during which Hennepin County District Judge Peter Cahill, Special Attorney for the State Steven Schleicher and Chauvin’s attorney, Eric Nelson, asked the prospective jurors one by one whether they could keep an open mind, what they think of the criminal justice system, how they resolve conflicts and much more.

Just three in the pool were seated by the day’s end, and more will be questioned Wednesday despite the possibility that the Minnesota Court of Appeals could intervene at any moment to stop the trial if the state Supreme Court hands down a decision on whether or not to reinstate a third-degree murder charge.

The jurors seated so far include a woman of color and two White men, the Minneapolis Star Tribune reported. Jury selection, a process expected to take three weeks, will end once 14 people — 12 jurors and two alternates — are seated. Opening statements are scheduled no sooner than March 29.

While questioned by Nelson, Juror #8 appeared to express more concern about being on the jury for this high-profile case compared to those previously interviewed. On his questionnaire given to the pool of jurors in December, the man explained that his friends moved out of a condominium downtown as civil unrest consumed the streets following Floyd’s death.

The juror also said he and his wife actively avoid going downtown since then. 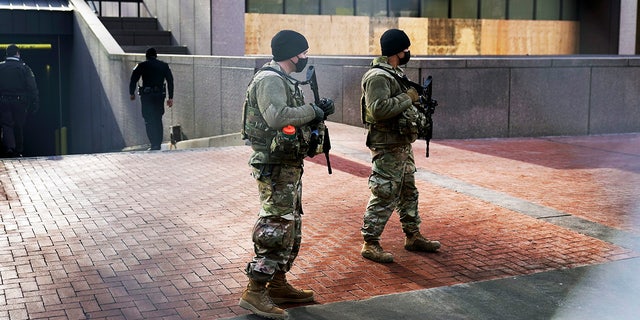 National Guard soldiers maintain security near the loading dock of the barricaded Hennepin County Government Center, Tuesday, March 9, 2021, in Minneapolis where the trial for former Minneapolis police officer Derek Chauvin continues with jury selection. Chauvin is charged with murder in the death of George Floyd during an arrest last may in Minneapolis. (AP Photo/Jim Mone)

The man said he has a “strong opinion” about the viral video recorded by a bystander showing Chauvin with his knee pressed to Floyd’s neck — though he told the court he believes he could put his opinion aside to look at the facts of the case. He said he believes the concept that Black Lives Matter — but does not support the BLM movement or organization. On the other hand, he does support Blue Lives Matter, he said.

The juror agreed with Nelson that the case is about neither issue. After a break for lunch, prosecutors indicated they had a long line of questioning for the same juror, who then expressed concerns that rioters would attack his house if he serves on the jury and his name is released throughout the trial. He added that he fears a mob would come after his wife and children. Prosecutors had him dismissed.

Prosecutors still have eight strikes remaining, while the defense has 13. The court is refraining from verbally saying jurors’ names during televised proceedings and their faces are not shown on camera in order to protect their identity.

Chauvin is charged with second-degree murder and manslaughter in Floyd’s death, and jury selection is proceeding despite uncertainty over whether a third-degree murder charge will be reinstated. The state has asked the Minnesota Court of Appeals to stop proceedings until that’s resolved, which could mean a delay of weeks or months.

Floyd’s May 25 death sparked sometimes violent protests in Minneapolis and beyond, leading to a nationwide reckoning on race and police brutality. Chauvin and three other officers were fired. 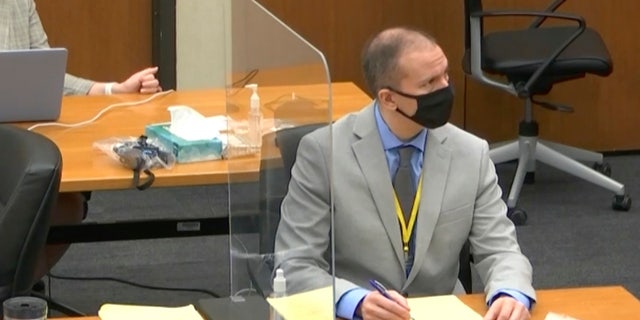 In this image from video, defendant and former Minneapolis police officer Derek Chauvin, right, listens as Hennepin County Judge Peter Cahill presides over pretrial motions before jury selection Tuesday, March 9, 2021 at the Hennepin County Courthouse in Minneapolis. Chauvin is charged in the May 25, 2020 death of George Floyd. (Court TV, via AP, Pool)

The others face an August trial for aiding and abetting charges.

The first man who was selected to serve on the jury, a chemist who says he works to find facts and thinks analytically, said he has never watched the video of Floyd’s arrest but that he has seen a still image from it. When asked if he could decide the case based on the evidence, he said: “I’d rely on what I hear in court.”

“The whole point of that is that all lives should matter equally, and that should include police,” he said. 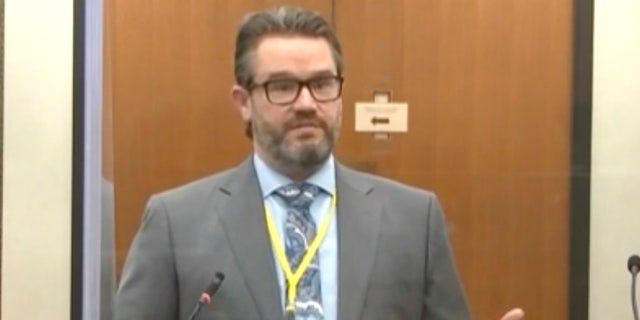 In this image from video, defense attorney Eric Nelson speaks as Hennepin County Judge Peter Cahill presides over pretrial motions before jury selection in the trial of former Minneapolis police officer Derek Chauvin on Tuesday, March 9, 2021 at the Hennepin County Courthouse in Minneapolis. Chauvin is charged in the May 25, 2020 death of George Floyd. (Court TV, via AP, Pool)

The woman selected is related to a police officer in greater Minnesota and described herself as a “go-with-the-flow” person who could talk with anyone about anything. She said she initially had a negative perception of Chauvin because of what she saw in the bystander video, but said she doesn’t know him and could be proven wrong.

“That video just makes you sad,” she said. “Nobody wants to see somebody die, whether it was his fault or not.”

She said there could be many reasons why Chauvin would pin Floyd to the ground, and that while she has heard Floyd had drugs in his system when he died, she understands that may not have been a factor in his death.

The third juror selected, an auditor, also told the court he would be open-minded. When asked how he resolves conflicts on teams at work, he said: “We use more facts over emotions in those cases.”

Nelson exercised two of his 15 peremptory challenges on potential jurors who identified as Hispanic, which led prosecutors to object that the jurors were being rejected because of their race. Cahill disagreed, noting that the second Hispanic juror to be dismissed had martial arts experience and referred to Chauvin’s restraint as an “illegal” move. 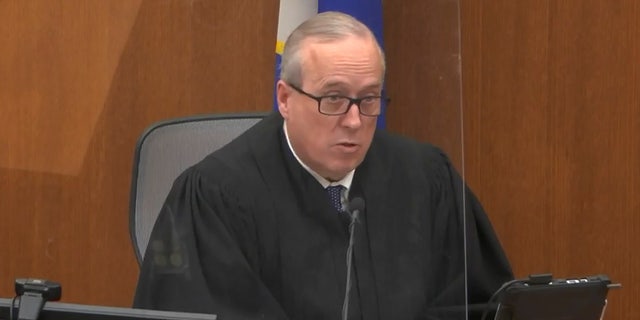 In this screen grab from video, Hennepin County Judge Peter Cahill presides over jury selection in the trial of former Minneapolis police officer Derek Chauvin on Tuesday, March 9, 2021 at the Hennepin County Courthouse in Minneapolis. Chauvin is charged in the May 25, 2020 death of George Floyd. (Court TV, via AP, Pool)

The judge also said this man made it clear he would stick to his opinions until someone told him otherwise, improperly shifting the burden of proof to the defense.

Cahill ruled on several pretrial motions Tuesday, setting parameters for trial testimony. Among them, Cahill said jurors will hear when Chauvin stopped working for the police department, but not that he was fired or that the city made a “substantial offer” to settle a lawsuit from Floyd’s family. Those details won’t be allowed because they could imply guilt, Cahill said.

Minneapolis City Attorney Jim Rowader said the city made an offer to the Floyd family last summer that was rejected but didn’t provide details, according to The Associated Press.

Cahill also ruled that a firefighter, who can be heard in the bystander video urging the officers to check Floyd’s pulse, will be allowed to testify about what she saw and whether she thought medical intervention was needed. But she won’t be allowed to speculate that she could have saved Floyd if she had intervened. Testimony about what training Chauvin received will be allowed.