The Queen of Denmark has issued a public apology after she stripped some of her grandchildren of their royal titles in a move she has defended as “future-proofing” the monarchy.

Queen Margrethe II, now Europe’s longest-serving monarch following the death of Britain’s Queen Elizabeth II last month, said her decision came after lengthy consideration and had been made to ensure the monarchy is “keeping with the times”. 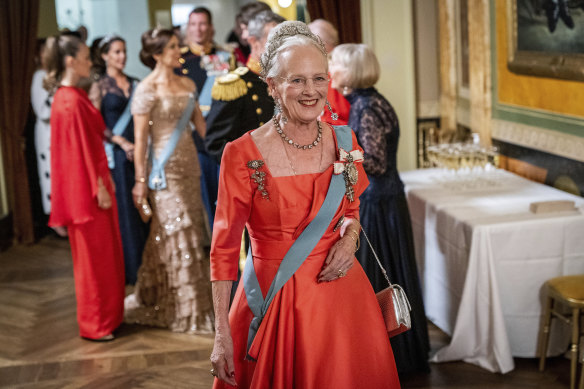 Queen Margrethe II of Denmark has stripped prince and princess titles from her second son’s children.Credit:AP

The move caused a rift in the family with the queen’s younger son Prince Joachim, who lives in Paris with his second wife Princess Marie, expressing his frustration and disappointment to Danish media about the decision.

The palace last week announced the four children of Prince Joachim would no longer be called prince or princess but instead Count or Countess of Monpezat – the birth title of her late husband, the French-born Prince Henrik.

“I have made my decision as queen, mother and grandmother. But, as a mother and grandmother, I have underestimated the extent to how much my younger son and his family feel affected. That makes a big impression and for that I am sorry,” Margrethe, 82, said in a statement released by the royal household. 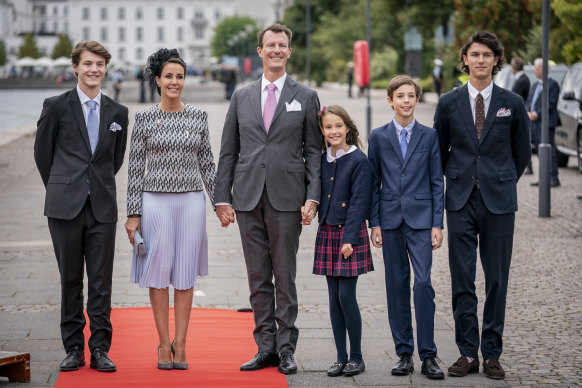 The children of her eldest son Crown Prince Frederik, who is first in line to the throne, will keep their titles. Frederik’s wife, the Australian-born Crown Princess Mary, expressed her support for the queen. The move will take effect next year.

“Change can be difficult and can really hurt. But this does not mean that the decision is not the right one,” she said.

Prince Joachim, the queen’s youngest son, told Ekstra Bladet: “It’s never fun to see your children being mistreated like that … they find themselves in a situation they do not understand.”

He and his wife said that they had not spoken to Queen Margrethe since the decision was announced. Princess Marie added that their youngest child had been bullied at school in light of the announcement. 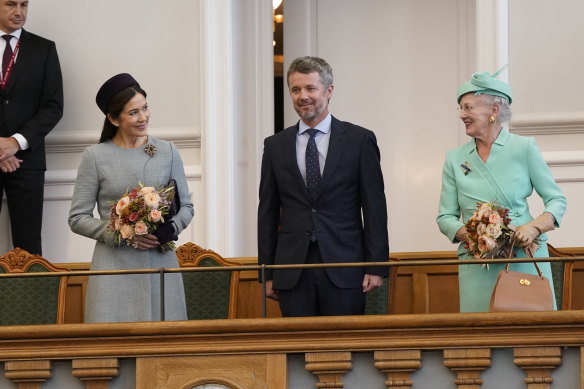 His eldest son Prince Nikolai, who is also a model, also told Danish journalists he was shocked, saddened and confused by his grandmother’s actions.

In response to the backlash, the monarch said: “No one should be in doubt that my children, daughters-in-law and grandchildren are my great joy and pride. I now hope that we as a family can find the peace to find our way through this situation.”

Queen Margrethe said her decision was in line with those of other royal houses in recent years.

In 2019, Sweden’s King Carl XVI Gustaf announced that his grandchildren Princess Madeleine and Prince Carl Philip, the offspring of his younger children, would lose their royal titles. His oldest daughter, Crown Princess Victoria, is heir to the throne, followed by her children. They will retain their titles.