DEMOCRATS will keep control of the House of Representatives for two more years – but with a slim majority – and amid a plot to oust Speaker Nancy Pelosi.

The Associated Press projected on Tuesday that Democrats won the House, beating out Republicans with a thin majority. 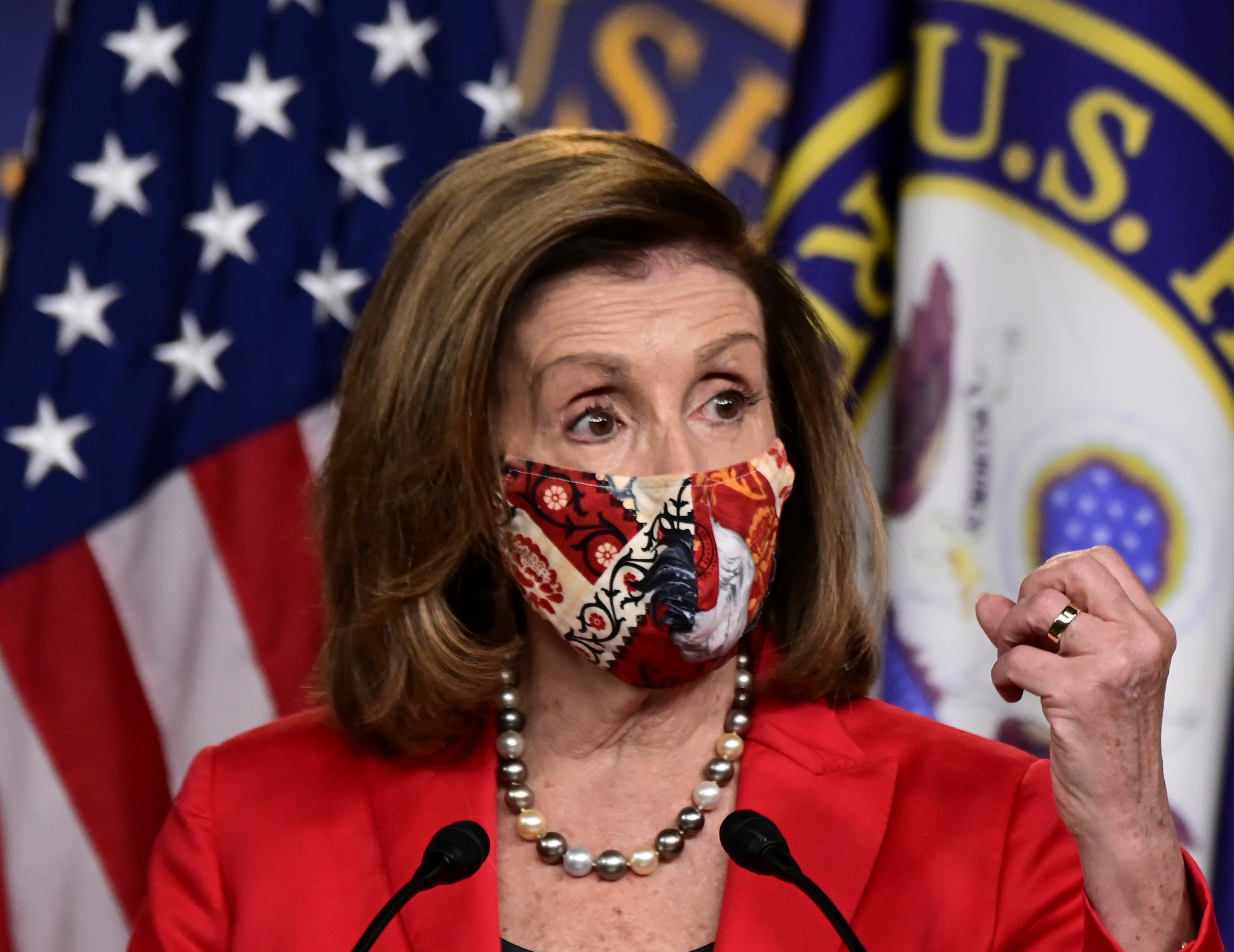 The party has secured at least 218 seats, per the AP's count, and could win a few others when more votes are counted.

The race was called for Democrats after it was projected incumbents Kim Schrier in Washington, Tom O’Halleran in Arizona, and Jimmy Gomez in California would win their races.

Democrats lost seats in the 435-member House and in the Senate.

Democrats went into Election Day with a 232-197 House advantage, plus an independent and five open seats.

A possible majority in the Senate depends on Georgia's two run-off races, votes for which will take place in January.

Despite Democrat Joe Biden winning the presidential election, Republicans could control the Senate – which would force Democrats to scale back their plans sweeping health care, infrastructure and other initiatives.

They would instead need to meet compromises with the GOP.

In the House, Republicans have been strengthened by the election results.

Many Republicans believe their wins this year will place them in the running for the House majority in the 2022 elections.

The GOP has also boosted their low number of women representatives from 13 to at least 26 – a record for the GOP – and have been adding new ethnic minority lawmakers as well.

“The Republican coalition is bigger, more diverse, more energetic than ever before,” House Minority Leader Kevin McCarthy, R-California, said the day after the election.

With some races remaining undecided, it was possible that in the new Congress that convenes in January, Democrats would have the smallest majority since Republicans had just 221 seats two decades ago.

In response to the unexpected House losses on Election Day, Pelosi said last week: “We’ve lost some battles but we’ve won the war.”

Pelosi is seeking re-election as House speaker – a job which she might not get, based on House Democratic votes.

Although Pelosi is widely expected to win another term as speaker in January, having a smaller majority means she will have fewer votes to spare.

Kyle Kondik, managing editor of the nonpartisan Sabato’s Crystal Ball, told CNBC he believed Democrats “were expecting a better overall environment than what they got.”

“For the second straight presidential election, Donald Trump was not the drag down-ballot that it appeared he could have been – and, in fact, the turnout from Trump-loving voters probably helped Republicans more broadly in House and Senate races,” Kondik said.

Pelosi's leadership was called into question as House Democrats cast blame on their election message and ground game.

For Pelosi to remain in her position she will need an outright majority, not just a plurality of the House at that given moment.

Some Democrats could oppose her because of Democrats failing to add seats in this election and others may simply want to see a change at the top.

Four progressive Pelosi critics – Representatives Ilhan Omar of Minnesota, Alexandria Ocasio-Cortez of New York, Rashida Tlaib of Michigan, and Ayanna Pressley of Massachusetts – all won their re-elections, and are likely to push for the speaker's removal.

Pelosi secured 220 votes at the start of the current Congress out of 430 total votes cast, but some in the party deflected.

However, her former Chief of Staff Danny Weiss remained confident.

“She’s the best vote counter,” Weiss said. “She’ll know what kind of deal to arrange in order to get the needed votes.”

“I would still put the odds on her as the favorite because of the combination of skills that she brings and because of the absence for the moment of another, singularly unifying person in the caucus."